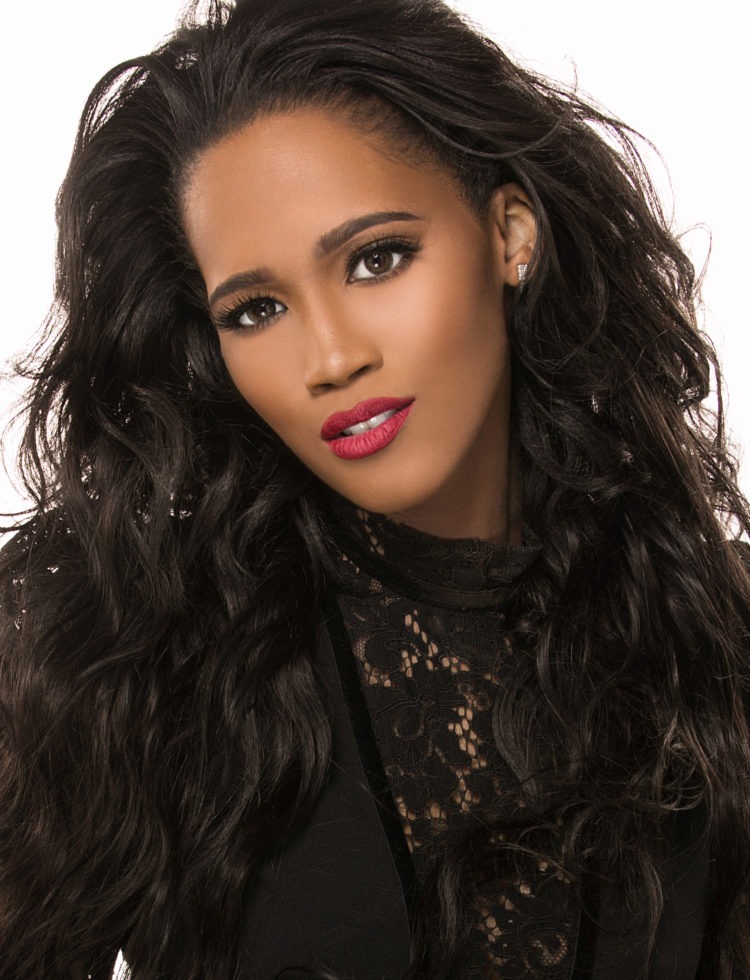 All of her life, Amira has looked up to some of music’s most noteworthy divas. To this day, she’s quick to point to artists such as Beyoncé, Whitney Houston and Monica, as well as some rising divas such as Ariana Grande and Tori Kelly. In fact, it’s those fast-rising female artists that she hopes to join one day as one of the world’s premier female musicians. As an up-and-coming independent artist in search of her first big deal, she is well on her way. Amira caught the attention of Niji Magazine with her first single, ‘Mathematics,’ off of her up-and-coming EP. Captivated by her beautiful vocals and her unique songwriting ability, we took the opportunity to ask Amira to tell us a little more about herself.

What inspired you to begin constructing a career as a musician?

My love for music. I grew up around music (my mom used to sing and my grandfather sang), so it’s deeply embedded in my childhood. Music was/is something that I can/could always rely on. I just loved the way it made me feel, so when I realized that I could sing, it just solidified things for me. I mean, I had a little growing to do before I actively started working toward a career as a singer, but, once I got there, I was all in.

When you were growing up, you were always the shy girl; however, you eventually realized that you had a gift. Tell us about that moment–what brought that realization to the forefront?

So, I am someone who enjoys multiple genres. I love how you can give 10 singers one song and they’ll all come up with their own way to sing said song. Music is so versatile and that’s something that I didn’t know as a child. I thought that if I couldn’t sing a song like Whitney Houston or Mariah Carey, then I wasn’t good enough and that no one would want to hear me sing. Listening to all those different artists, genres and songs helped me realize that people don’t want to hear something that’s already been done. If I agreed to record a remake of one of Whitney’s songs, my audience wouldn’t want to watch me sing it exactly like her. They would want me to put my own spin on it because if they wanted to hear Whitney sing it, they would’ve played her version. I didn’t think like that when I was a child, so I’d become easily discouraged and I refused to sing in front of people. However, once I came to that realization, I started to gain confidence and I started to practice my craft a lot more.

You’re revered as a self-taught musician, what is your process? How did you teach yourself?

I taught myself by listening to other singers. I would either listen to them and try to match their voices or listen to them sing and then try to do it on my own. Mimicking helped me identify when I was flat and/or sharp, so it made me feel more confident when I started doing my own thing. I mostly practiced (and still do practice) when I was alone because I feel that it takes away the pressure. I don’t have to put on a show or be cautious about how I’m singing because, if I mess up, no one was home to hear it. Those made my learning process go a lot easier. 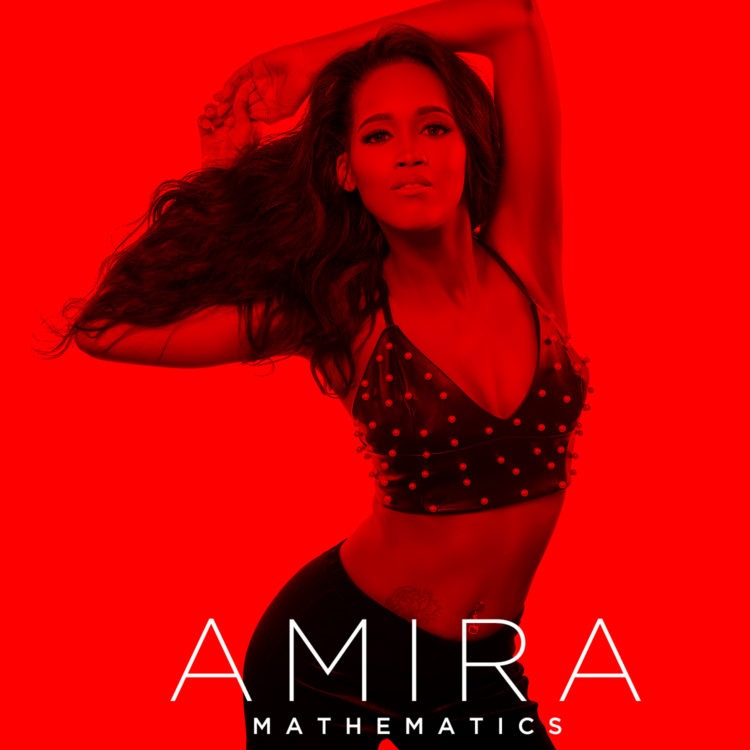 Your first single, ‘Mathematics,’ follows the story of a relationships break up, can you tell us a little bit about your inspiration for this track?

‘Mathematics’ was written and produced by Mark Wolff, Jr. and when I heard this song I knew that I had to sing it. I think it puts a clever spin on a situation that everyone goes through and, in my opinion, it doesn’t sound like anything that I’ve ever heard, which is another reason why it resonated with me.

If you’ve ever really sat down and listen to the lyrics, you’ll notice that there are actually mathematical terms in the song. It makes you think of the relationship like one big math problem.

You’ve got two people who start dating (Addition). Everything is perfect, but, over time, little insecurities start to show and those little insecurities become big insecurities (Multiplication), which lead to unhappiness. So, the once-happy couple now find themselves in turmoil. They try to make it work, but things still aren’t going well, so one party starts to distance them self from their significant other (Division). This distance ultimately leads to the other party realizing that the relationship isn’t working anymore, so they decide to end it (Subtraction).

I’m not a big math person, but I love it when it has to do with this song!

You’re looking to drop an EP later this year; do you have a theme that you’re going to follow for it? What can we anticipate from this record?

Tell us about the image that you’d like to create for yourself as an artist. Is this an image you see yourself sticking with as you continue to advanced and mature as a musician?

This is also where the strength part comes in. I know that I’ll be facing a lot of pressure and social media will make that one million times worse, so I just want to make sure that I stay true to ME and MY goals, no matter what anybody says.

What is one attribute of your music that you’re looking most forward to improving as you foster your career? 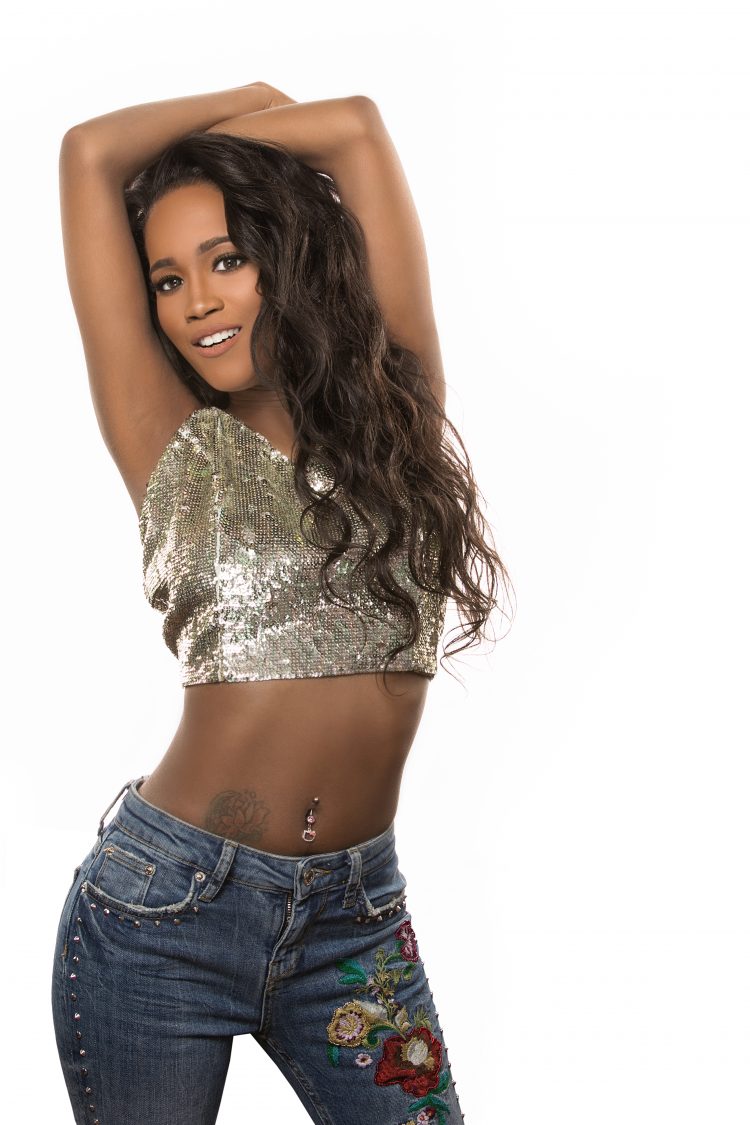 What is going to be your evidence procedure for success? What has to happen for you to know that you’ve made it as a musician?

Besides the norm (multi platinum records/songs, sold out concerts, numerous awards, etc.), I don’t have a definite answer for this one because there are so many things that I would love to accomplish in my career–most of which I probably don’t even know about yet–so I’m just going to say that when I’m old and grey, I want to look back on my career (and my life) and be happy with all that I’ve done. And I don’t mean satisfied or content, I mean HAPPY! I want to meet my maker know that I’ve accomplished all that I could in the time that I had.

So, picture this, we’re five years in the future and you’re one of the biggest stars in the music industry. Your dream collaboration is only one e-mail away; all you have to do is send it. Who do you e-mail and why?

At the moment, I will say Beyoncé because she’s done it all and I would love to just suck up as much of her knowledge as I can. Not only does she sing, but also she acts, dances, writes and she’s a businesswoman. AND she manages to do all this while being a mother and a wife. That’s just amazing and I know that she didn’t get where she is without sacrifices, so don’t think that I’m walking through life wearing rose colored glasses.

Keeping with that vision, you’re headlining a tour and are given free reign to include 3 artists/groups to tour the world with you. Who’s on the roster? Why them?

Besides Beyoncé, I would say Adele because she’s a phenomenal songwriter and vocalist and I think she’d be able to give me tips on both; Bruno Mars because he’s such an amazing entertainer and I think having him on tour and watching him perform every night would be fun. Not to mention I love his style; and Jojo because she was such an inspiration to me and I know that she’s been through so much over the years, so I would love to give her the opportunity to shine. Plus, I think we’d be great friends.

Tell us something about you that not many people know.

I don’t really like being the center of attention. I don’t mind it when I’m singing or doing something that has to do with my music, but it makes me uncomfortable when I’m not performing. I get nervous and I start to overthink. This leads to stuttering and, ultimately, one those awkward pauses. 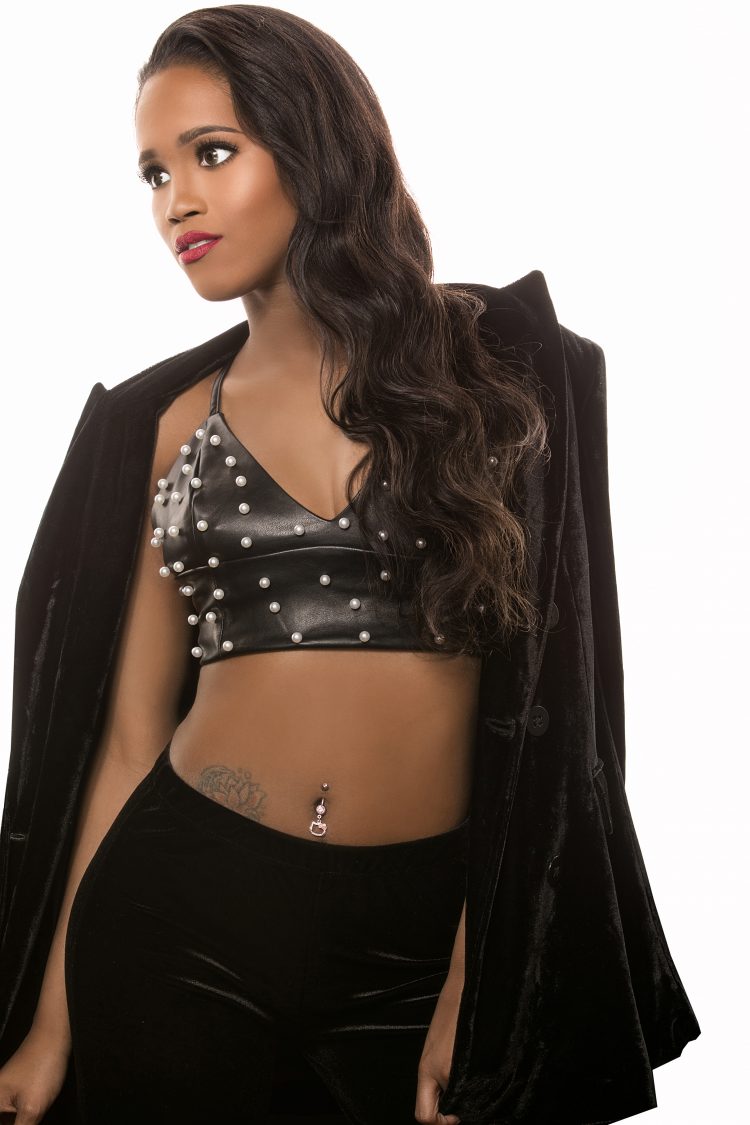 As you grow as an artist, it is safe to say that there is a good chance that the spotlight will be on your life as well as your performances and music, do you have a plan for handling the anxiety that may come with that attention? If so, what is it?

That’s a tough one, but I think I have a plan. I don’t think that I can fully prepare for something that I have never experienced before, but what I will do is make sure that I give my all in every recording, interview, performance, etc. because it would be hard for someone to make me feel pressured or anxious about something that I am 100% confident in–I hope. I also want to make it a point to surround myself with people who are 100% on my team, because, when you think about it, if I ever have a terrible day or, god forbid, the pressure and/or anxiety starts to get to me, it’ll be my friends and family—the people that I surround myself with–that’ll help bring me back. So, I will definitely make sure that my team has my best interest at heart.

Besides your upcoming EP, what can we expect from Amira in the near future?

In the immediate future, you can expect more radio interviews, some performances, the second single from my EP (in the summer) and, of course, the EP itself (sometime this year). I’m going to be trying to promote these projects as much as I can in the near future, so lookout for me!

And, in general, I just hope to continue releasing my music, performing it and hopefully acquiring great success from it.