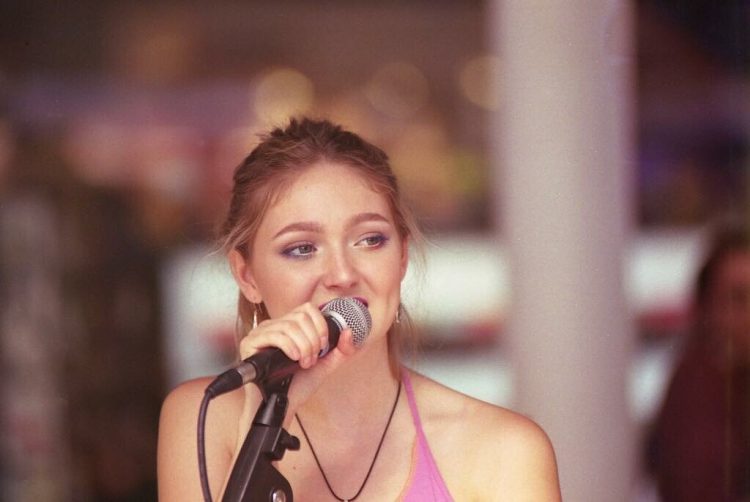 Who is Lydia Gerrard?

I am Lydia Gerrard, I just turned 20 and I’m from West London. I busk regularly with my favourite classical and musical theatre songs to fund my year at the London School of Musical Theatre.

When and why did you start music?

I have always been into performing; I took part in every extra-curricular drama/singing activity I could, to the extent that I would force anyone who walked through the threshold of our house to ensure my many ‘shows.’ It was the only thing I never got bored of. I joined the church choir when I was 8 where I learned the basics of reading music – from which I’ve never progressed – and here I was introduced to the classical style of music.

When I was 12 I auditioned for my first ever amateur dramatics production – it was Peter Pan the pantomime. I turned up looking like tinker bell, auditioned for Wendy and was given the role of Peter. It was such an amazing production; I learned from the people and the performance as it was my first experience of a Pantomime style of acting, not to mention my first lead role in an actual theatre. I remember collecting the NODA award for Show of the Year and I knew that I wanted to be on stage for the rest of my life, so I continued doing as much am dram as I possibly could. My favourite role was Swallow in Whistle Down the Wind – I’m still waiting for that show to come back to the West End.

I toyed with writing and creating music, which was fun but I knew that standing in a studio wasn’t what I wanted to do – I still wanted to act on a stage and be a part of telling a story.

So.. every Saturday from ages 11-18, I took the tube to Sylvia Young’s theatre school and spent the day in acting and singing lessons where I learned all about Musical Theatre. I was so desperate to watch the shows I’d learned songs from and since I’ve left school my mum and I see as many shows as we possibly can. We call it ‘research homework’ for when I’m at drama school but I think we are just a bit obsessed, particularly with Phantom of The Opera.

My first experience of professional theatre was an ensemble role in Sweeney Todd at the English National Opera. It was a massive deal for me; I was 16 at the time and in the middle of my A Levels, which meant I was studying and writing coursework in my rehearsal breaks. It made me realise how hard I had to work to get where I want to be in this industry.

I finished my A Levels on a drama scholarship at St Marylebone School where I had the opportunity to sing at Lord’s Cricket ground. It was here that I met a Josh Gleaves (an amazing performer) who introduced me to busking… and it was busking that has opened so many doors for me in the past two years, including funding my course at LSMT. 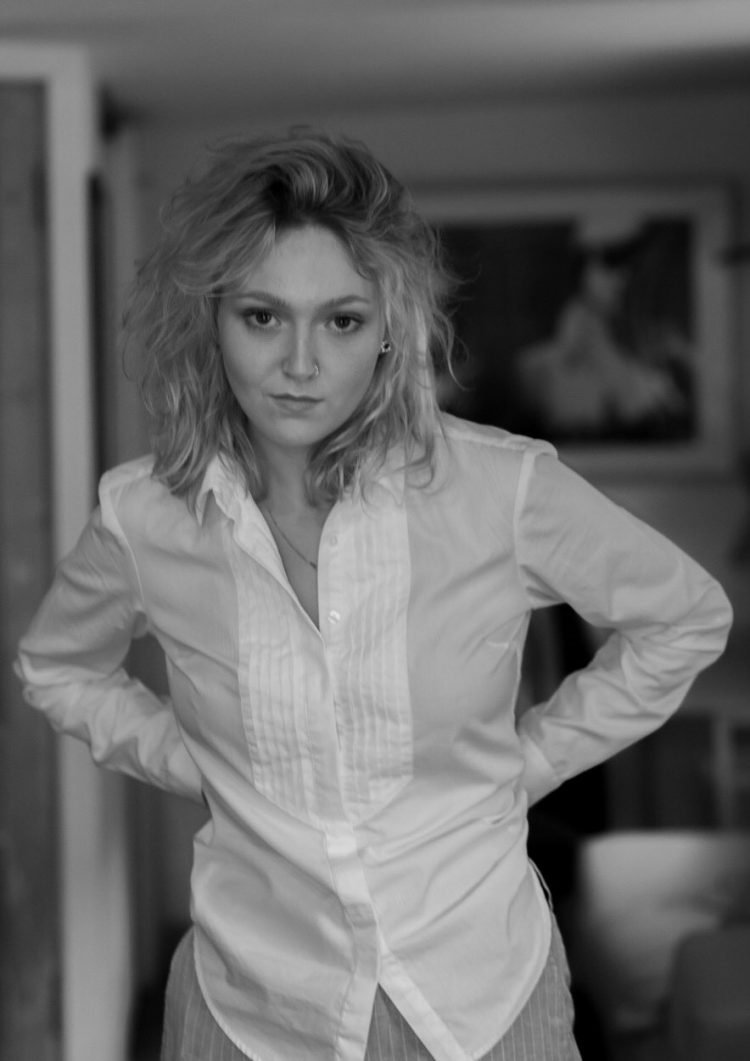 When performing in public how do you deal with nerves – if you get them?

Everyone gets nervous, especially when they’re about to do something that they care about or if they feel they have to prove themselves. For me, I am much more nervous walking into an audition. Even if there are only three people on the panel, I know that I have one shot to sing a song the best that I possibly can. But when I busk, I see it as two hours to do what I love! I have no nerves when I’m busking because the public make me feel so comfortable and it is a great way for me to trial new songs for my repertoire. When I first started busking, it took me weeks to get used to the encouragement and appreciation I was shown by strangers. Despite being accustomed to it now, I know I’ll never stop appreciating it.

Would you say social media influences your music at all?

It’s not only helping me financially, busking has given me so much confidence in my performing and also the platform for me to network. I post my busking schedule on my Facebook page, post some videos to YouTube, and I love reading my post-busk social media responses and messages out to my parents on the train home. I’ve had some awesome people tweeting about me and it’s so bizarre to know that they liked what I do enough to promote me! 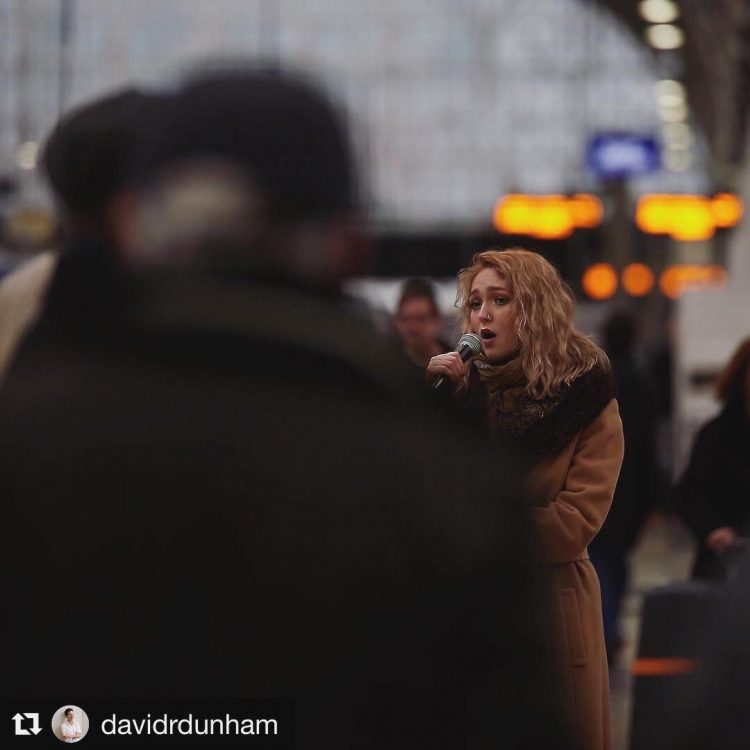 I was lucky enough to sing for Gina Beck and Celinde Schoenmaker, both of whom played my dream role of Christine in Phantom. It was such an honour! Also an actor from Horrible Histories gave me a shout out so that made my day too [laughs].

Are there any artist you would love to collaborate with?

I would love to sing with Ramin Karimloo or Sierra Boggess but I have to be realistic. I’m actually looking forward to collaborating with people in LSMT! I can’t wait to practice my favourite duets – namely from Phantom [laughs] – with my friends.

What’s your ultimate direction for your music career?

It’s cheesy, but my ultimate direction is simply to be on stage doing what I love. It’s such a fickle business and nothing is guaranteed but it’s the only career I’ve ever wanted so I’m gonna go for it because what’s the point if you’re not doing what you love? If it doesn’t work out, at least I can say I tried. If I haven’t made it clear, playing Christine in Phantom of The Opera is my dream role so if you ever hear me busk expect a good few songs from the show!

I have so many people I’d like to thank. Everyone who supports me with my busking for starters! Not only those who have donated money, but those who have given me their time and appreciation. It’s priceless to me. I thank my family, who have encouraged me to do anything I wish to do and put up with the countless nights of me practicing in the front room and begging them to listen to ‘one more song’. My dad for carrying my ridiculously heavy amp, my sister for not strangling me every time she hears Phantom, my mum for being my theatre-buddy… the Network Rail Busk in London scheme who arrange the slots for us buskers! 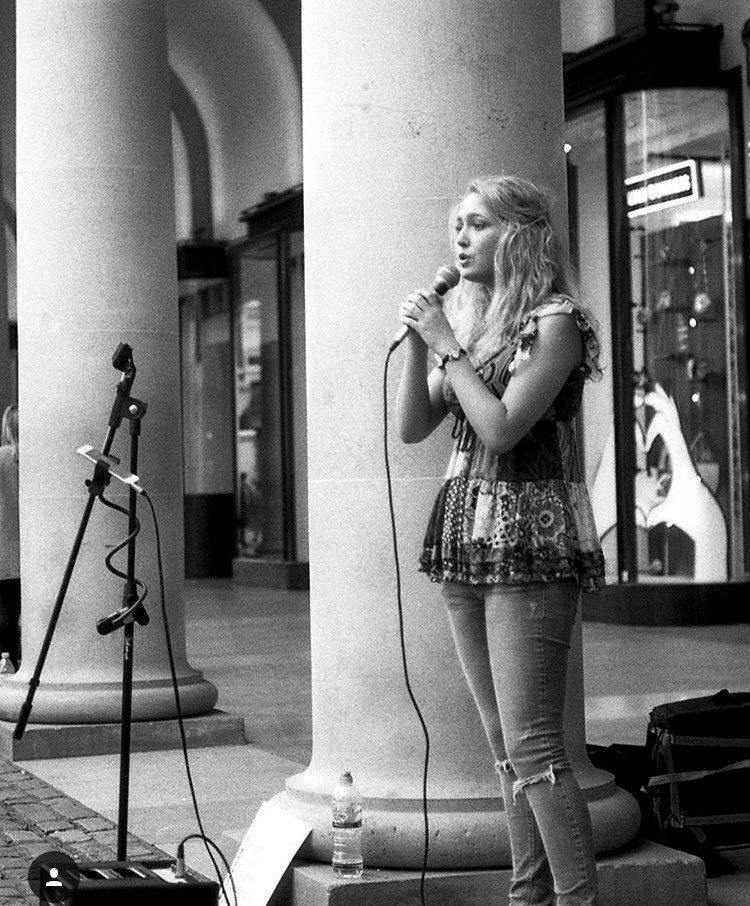 I would also like to thank my singing teacher Christina, who has helped me unlock parts of my voice I didn’t even know I had! She has taught me technique for vocal health and stamina – plus she didn’t complain when I whatsapped her a 6 minute long voice note detailing every minute of my drama school audition. My dance teacher Alice had a difficult task because when I started the mere thought of dancing was enough to make me cringe – I am not the most coordinated or elegant person in the world. I’ve been dancing with her for two years and not only have I improved more than I ever expected, I actually LOVE to dance now, which is a surprise to everyone who knows me. Although I still struggle with my left and rights [laughs]. I’d like to thank all of those who work at Waterloo station – they are like a second family to me!

And finally Ebony from Niji Magazine, thank you for interviewing me and being so lovely in your emails.