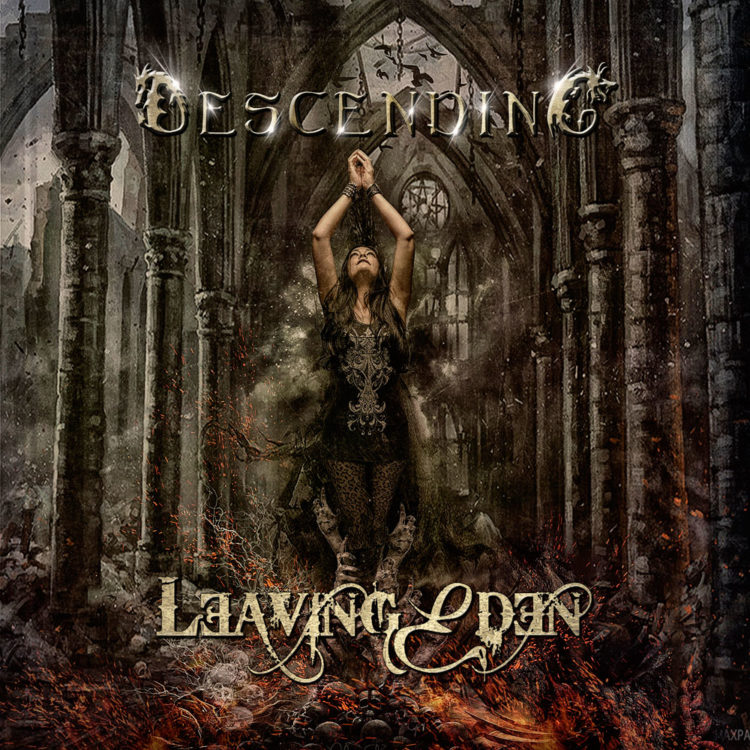 Howdy! I’m Eric gynan co-founder of the rock band Leaving Eden from the Boston Mass area USA and it’s a pleasure. For me it’s just something I’ve always done since I was a kid. I guess it’s in the blood. My Great-Grandfathers had his own Orchestra in Italy and my other Great-Great -Grandfather had his own Orchestra in Germany. I just love the music and it was really the only thing that kept me sane.

When I was a kid I was turned on to Black Sabbath Led Zeppelin bands like that. Aerosmith was from Boston. We’ve been fortunate enough to play with Black Sabbath Heaven and Hell with Ronnie James Dio before he passed and Steven Tyler so that’s pretty cool like full circle.

Good question. First and foremost it’s defining your craft practicing and doing the best you can do. For me I can practice up to 8 hours a day at times still and it never ends. When I write a new song before I actually play it out live I like to practice it at least a hundred times. Once you’ve mastered your craft then it’s all about getting out there and our motto has always been we will play Anywhere anyhow anyway so long as we can. If you present confidence on stage and people know it then they are watching for the great things that you do. If you go out there looking anxious and frightened people sense it just like dogs and then they’ll eat you up, looking for every mistake you make.

What is the importance of the connections you make? How can you utilize them?

I would say connections are the second most important thing other than your craft. You got to have the talent first but it may be worthless if you just remain in the basement. Just got to get out there. So then the connections you make become so important because obviously it helps bring you to the next level. Even just connections for gigs are very important be respectful and cool going with the flow because there are always setbacks potentially at any show.

All of the stuff I just said above and to do what you love to do in this life because you only got one. you wouldn’t believe how many people have come up to me and said oh man I used to play guitar but then I got married and I got a job everything else in life that happens. I absolutely appreciate that and these are the decisions that we make. For me I needed to be playing music because that was one of the only things that really made me happy and self-actualized. For some reason with music people, friends, family might say hey it’s time to grow up get a real job. Why is being a musician not a real job I don’t get it? Do what you love but don’t set your goals so high that you become disappointed and angry because you didn’t reach the level of success that you feel you deserve. Instead be happy doing what you’re doing with music and if major success comes well that’s just the cherry on top but be happy Right Where You Are so long as you’re giving it all you’ve got.

If you had to do it all over again, would you still choose this career? Would you do anything differently?

I would rather live without regret. When I’m 80, I want to be able to say, I tried, not I wish I did. I wouldn’t change a thing, even the pitfalls, as we learn from the mistakes, are necessary.

Do you perform in public? Describe those occasions? Concerts, radio, TV? What live performance experience have you had? (Any industry showcases?

We love to tour! We’ve played live on the radio many times, it’s too cool to broadcast live out there riding the radio waves, nothing like it! Leaving Eden has Toured The USA, UK & Canada sharing the stage with hundreds of the biggest national bands in the world including; Lacuna Coil, In This Moment, Black Sabbath (Heaven & Hell), Ronnie James Dio, Rob Zombie, 5 Finger DeathPunch, Disturbed, Marilyn Manson, Alice Cooper, Lynyrd Skynyrd, ZZTop, Puddle of Mudd, Korn, to name just a few.

I’m sure everyone does, it’s natural. Just gotta suck it up and say I can do this no problem. Remember, this is why you’re here, so don’t get frazzled, get excited cause it’s what you’ve been working so hard for. Grab it by the balls and let it rip!

Have any of your songs been published? (If so, by whom?)

Yes we own our own publishing company through BMI. I would advise anyone to do the same. There’s different companies out there too. It’s all a matter of preference. Our songs have been placed in Movies/TV series and we went to Hollywood this year.

Are you looking for an independent label deal or a major label deal? (Why?)

We have a deal with Dark Star Records/Sony Music and we are very pleased. Very good people who believe in Leaving Eden.

We are releasing our new album. We released a single from Thin Lizzy called Jailbreak, (Recorded/mixed By Johnny K. (Disturbed, Pop Evil, Staind, 3 Doors Down,) Mastered by Brad Blackwood (Sevendust, Dave Mathews, Adelitas way, Korn) and Produced by myself reinterpreted by Leaving Eden. Jailbreak is going to be on our new album to be released October 19th 2018 again called Descending through Dark Star records/Sony music worldwide.

I’m excited about Descending because it was recorded @ Leaving Eden’s Studio. We were able to take all the time we needed and really craft This Album to exactly what we wanted it to be. I did a premix on it and sent it off to Bob St John for the Final Mix and Mastering. Bob is a Grammy award-winning engineer and has done bands like Duran Duran, Extreme, Collective Soul, Steven Tyler. Such a great guy to work with too.

‘Descending’ is available now via all major digital outlets.