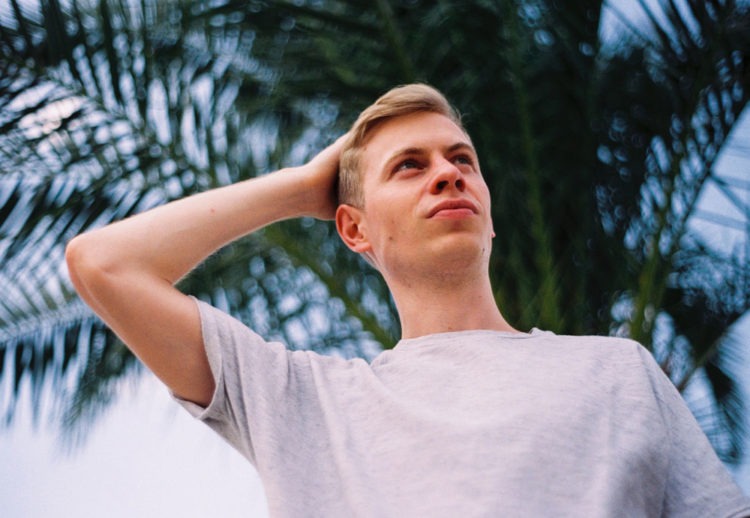 When I was a kid I used to listen to music all the time and started to fingerdrum on everything I could find, at the table, in the car to name just a few. This probably got pretty annoying for my parents at some point so they made me take lessons with a percussionist. I had these lessons for a few years, maybe 6-7.

When I was a teenager I lost interest a little bit but one day my best friend told me he wanted to become a magician and a music producer [laughs]. He showed me some videos of Ryan Leslie producing beats for Cassie in the studio, I remember this really fascinated me. This was probably a little over 10 years ago. I went home and started making beats the same night. A little later my father had the CD of Madlibs Shades Of Blue playing in the car, that’s how I first discovered this whole beatmaking universe with Stones Throw, J Dilla, Mr. Dibiase etc.

What differs you and your sound from other upcoming producers in the music industry?

Hmm, that’s a good question. I think the listeners would have to respond to that but I am definitely trying to keep it versatile. Nowadays people go on a world tour just off of one single [laughs]. While I would love to be able to do that I got to admit that my biggest quality is probably the catalogue and the consistency rather than making one hit record. I still think I got a pretty distinctive and very warm sound though.

Definitely all the messages I receive and the feedback I get on the songs I release. I think this is vital for every musician, I am very grateful for all the love people show me!

I often think the fans do not realise how much impact their feedback can have on smaller artists like myself. You tend to overthink releases, singles and everything while at the same time you try to grow as an artist. When you release a new single and you get a lot of comments like “the music was better before” etc. this can really mess with your head. At the same when you get positive feedback this really is the biggest motivation.

Sometimes people write and tell me that my music has helped them through a difficult time or that they are listening to it since my first releases in 2013 , that really makes my day each time.

Throughout your musical career, have you ever experienced any ‘wow’ moments? Those moments that you stop to reflect and can’t believe you are where you are?

Yes I have! Playing at the Jazz Café in London in 2018 while I was on tour with my last solo album ‘Everything Is Always a Process’ was definitely one of these moments, it was a dream come true. In general it was an amazing experience to be able to tour through Europe with an instrumental / producer album like that.

The funny thing is that most of these “wow” moments kind of happen in a very nonchalant way during the weekend, on tour or when other musicians are in town for a gig and you just hang with them for a few days and then on Monday you are back at home alone and it’s kind of like a reality check, you just think ok so this was actually a crazy weekend, now back to the daily routine.

Your critically-acclaimed joint album ’She’ alongside Neo-soul songstress Harleighblu is out now. How did you meet? Can you please tell us about the creative process and the concept behind the album?

Harleigh contacted me via mail in 2016 after she heard a DJ at London’s Jazz Café playing songs from my album Rodalquilar and we met in Paris shortly after when she was in France for a gig. I had just moved to Paris from Berlin, so my place was actually really small. I just played some beats on a very basic set-up and she was freestyling and singing over the songs so there was a real connection through the music from the beginning. I send her some beats to write to but we quickly realised this could become a bigger project and I wanted to have a more professional approach to it so we later met in Berlin for several real studio sessions. I love combining the sampling aesthetic of some of my older productions with live instrumentation so we also had a lot of musicians coming into the studio to play on the songs.

For most of the tracks, the beat and the lyrics were actually created simultaneously. Often I just started playing around with ideas and when I said “ok I think this is it for now” she had already written the whole song and we just recorded a first demo immediately.

For the lyrics I pretty much never interfere on that, or only for little details but I like that through selecting the artists I work with I can also voice my opinion on society and politics while being the producer.

In your own opinion, what is the most meaningful song you have produced? What makes you say that one?

This is a difficult question. I released too many songs to really pick one but in 2016 JuJu Rogers and I released the first single from our joint project “LIT – Lost In Translation” the exact day that Donald Trump got elected. This actually happened by accident but it felt like we were responding directly to what was happening. The song ‘Get Lost’ is partly about political apathy, the whole album is a manifest, a reflection on the state of society, on racism. I think there was no better time to release this album and I’ll probably never have another release that reflects the Zeitgeist as much as this album did when it came out, and still does.

I am very honest and direct with my feedback and critique. I think you somehow have to be as a producer. I noticed some people I worked with didn’t really know how to handle this at first but once you spend a few hours in the studio together it actually works best this way. I hate fake feedback and just fake people in general [laughs]. If I can’t be honest with you then let’s better not work on music together. 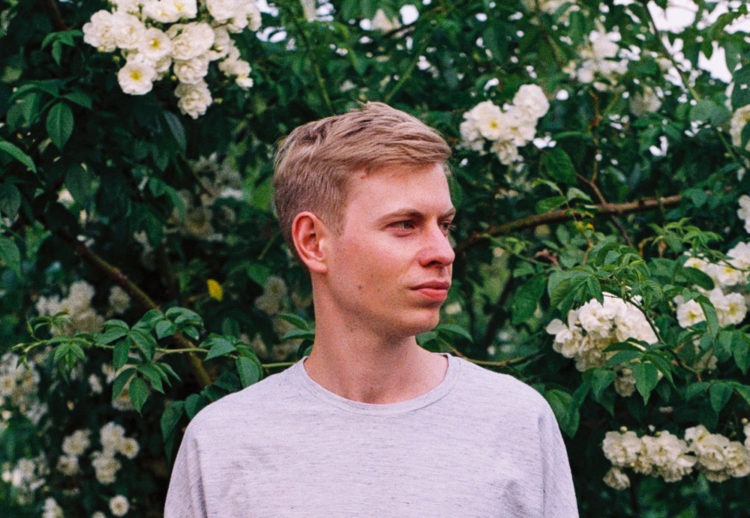 Be ready to be confronted with situations where you have to decide whether you really want to make a certain move to push your career even if it is strictly against your values. Earning money with music and navigating in this industry with integrity is not always easy. I have refused countless of really good opportunities because I didn’t appreciate the companies or intentions behind it, while I have also done things that I am not necessarily proud of.

I am currently working hard on a new solo project for Jakarta Records.
Together with S. Fidelity, I produced, arranged and mixed the first EP of the Parisian Instrumental Jazz and Hip-Hop Band Underground Canopy. This was the first time we both did not play any instrument on a record but were really a hundred percent in the role of the producer rather then being a beatmaker. The EP will get released early next year already via MENACE Records from Paris.

I did some crazy beats with London based beatmaker K, Le Maestro and some collaborations with vocalists that I cannot reveal yet but that you will hopefully hear soon. Melodiesinfonie, S. Fidelity and I are also working on a joint album which will be released via Jakarta Records but there is no timetable yet though. You can already see there are a lot of projects in the making but if I have learned one thing in the past, it’s finishing an album / EP pretty much always takes a lot longer than planned or expected.

Credits: All photography by Svenja Trierscheid