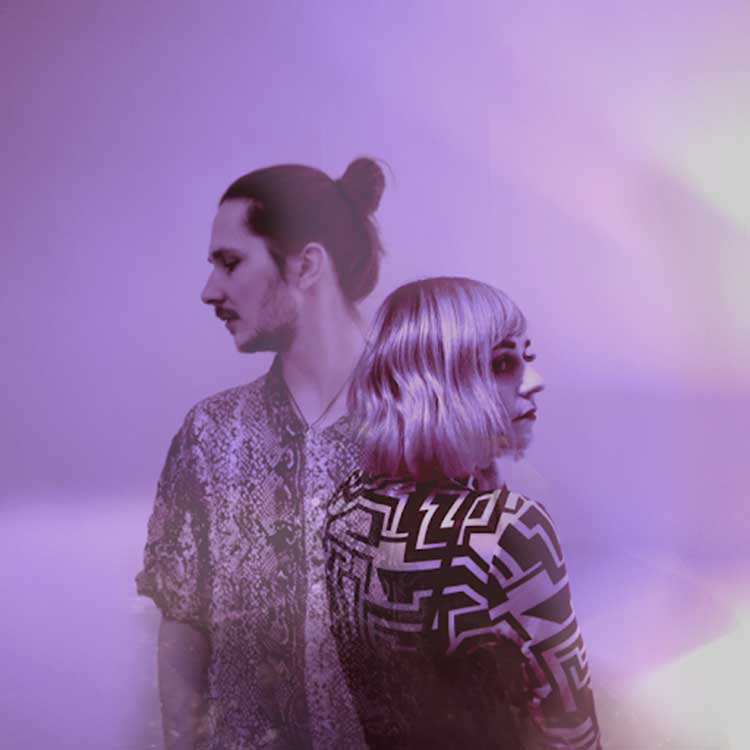 Carrying a sea of delicately processed vocals and jarring guitar loops over pulsating drums and airy synth patterns, ‘Pressure Makes Diamonds’ sees the pair use their soothing pop capabilities to create an atmospheric, sonic experience. Renowned for their uniquely crafted brand of indie-electronica-come-alternative-pop, the single is yet another addition to the duo’s glittering catalogue.

In a conversation, the pair reveal “When you become a diamond you’ll see why life had to pressure you; you wouldn’t be a diamond without having been through all the rough.” Yet as the pair consider music to be a powerful form of self healing, they encourage their listeners to interpret their music in a way that is personal to them.

Racking up over a million plays on streaming platforms, alongside continuous support from BBC Radio 1, BBC 6 Music and BBC Introducing, Amethysts have been previously featured by Clash, The Line of Best Fit, DIY, Earmilk, PopMatters and The 405. No strangers to the festival circuit, the duo have also played at the likes of Latitude Festival, Secret Garden Party and BBC Introducing Live as well as supporting Anna Meredith, Bessie Turner and Nothing But Thieves and playing numerous sessions for BBC Introducing.