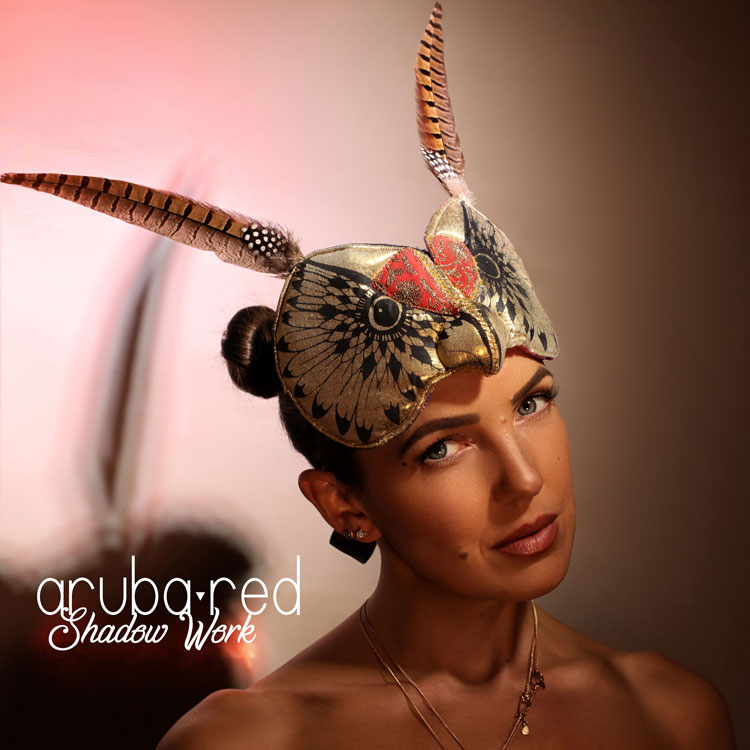 Aruba Red’s long-awaited follow-up to her critically acclaimed EP Holy Waters is out now. Titled Shadow Work the EP features five new songs written by Aruba Red and includes the track Blue a video of which was recently premiered on YouTube.

From an early age Aruba Red was fascinated by words – writing poetry and lyrics. In her twenties she began performing these in open mic sessions and went on to appearing in venues and festivals across the UK and beyond including residencies at London’s Roundhouse and Southbank Centre.

But her career came to a dramatic halt for four years due to suffering an abusive marriage, the culmination of a lifetime of anxiety and panic attacks stemming from unresolved childhood trauma. During this hiatus she lost her father and became a mother, both experiences being trigger points for her evolution both musically and spiritually, sowing the seeds required to change her life. With the support of therapy and healing practices she began pouring her experiences into her writing – finally releasing Holy Waters in late 2018.

The songs on the new EP Shadow Work are poignantly personal and describe Aruba Red’s journey of ‘purifying a lifetime of toxicity’. “Holy Waters” she explains “was such a pivotal part of my journey”.

“Writing the new songs for Shadow Work has helped me face the past and transform all the negative experiences, the buried pain and intergenerational traumas to find a new direction for my life. Each of the five songs is a stepping stone on the path I needed to take to move towards clarity and truth. From initially facing up to the dark times of my past, through honest reflection, acceptance, healing and transformation, until I could integrate all aspects of myself.”

Shadow Work is a beautifully produced body of work featuring Aruba’s distinctive vocals supported by a cast of incredibly talented musicians including Renell Shaw who co-wrote the songs. This eclectic offering fuses alternative soul and experimental production techniques with live instrumentation, carrying her songs into the heart and soul of listeners.