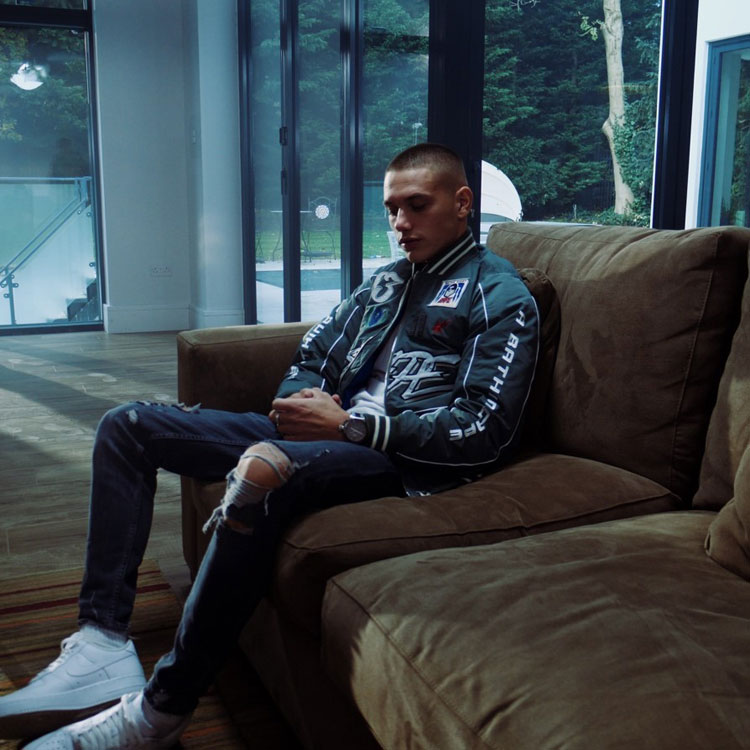 “Was sick to start 2020 shooting the Know No Better video in the alps, snowboarding with my boys. Been sat on this track since last year and always wanted a winter video to go with the ‘Grind through the coldest weather’ line on the chorus. And that video was a GRIND trust me!” – J Fado

Hailing from Oxford, one of the most exciting young rappers in the UK right now – J Fado follows up on previous heat ‘Elevate’ with brand new banger ‘Know No Better’ alongside the coldest accompanying visuals.

The 20 year old rapper, first started to make waves off his ‘No Idea’ video that dropped on MIXTAPE MADNESS a year and a half ago and was building up consistent heat dropping Instagram freestyles that has seen his socials skyrocket, even before his viral Instagram video that is now on 6 Million views and counting.

Effective high-octane visuals directed by Jay Parpworth showcase J Fado and friends snowboarding out in the alps. Proving that he’s serious about his craft and a top go getter; the visuals coinciding with the lyrics, display J Fado literally ‘Grinding through the coldest weather’ to get this video done.

Signed to WEAREBLK, the London label is itself building a formidable reputation for picking up some of the most exciting next generation of stars. Make no mistake, J Fado is one.

‘Know No Better’ is available now via all major platforms.