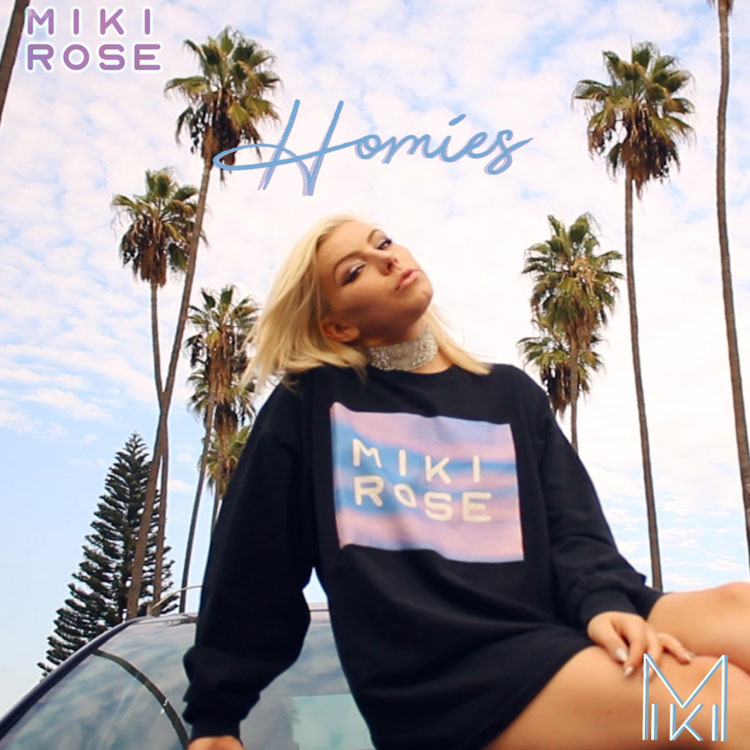 Following on from her electro soul single Right Now and genre-bending EP Nomad Diaries Vol. 1, Miki Rose releases Homies. Backed by long-time collaborator El Train, she takes you on a ride of chill vibes fueled by R&B, Soul, and a nod to west coast hip-hop; all while making a lyrical statement that everyone can relate to.

Singer-songwriter and Berklee College of Music graduate, Miki Rose is based between London and LA. Her first introduction to the world was her collaborative EP ‘Over & Over’ with El. Train which made the Spotify UK playlist upon release and hit number 4 on the R&B UK charts. The title track from the EP ‘Over & Over’ was used for Hush Clothing 2016 Spring/ Summer Campaign.

Miki’s songs have been in official Spotify playlists like R&B UK, New Dance Revolution, Dance List, and Apple music’s “Best Of The Week” in the UK and Japan. Miki’s songwriting skills have lead to co-written songs appearing in Netflix’s Honey 4, starring Teyana Taylor. Miki’s recent EP Nomad Diaries Vol. 1 was named one of BBC 1xtra’s Jamz Supernova’s Top 5 EPs of the Week, and added to the H&M in store playlist worldwide. Recently Miki’s songs have been played on Soulection Radio on Beats 1 on Apple Music.

‘Homies’ is available now via all major platforms.