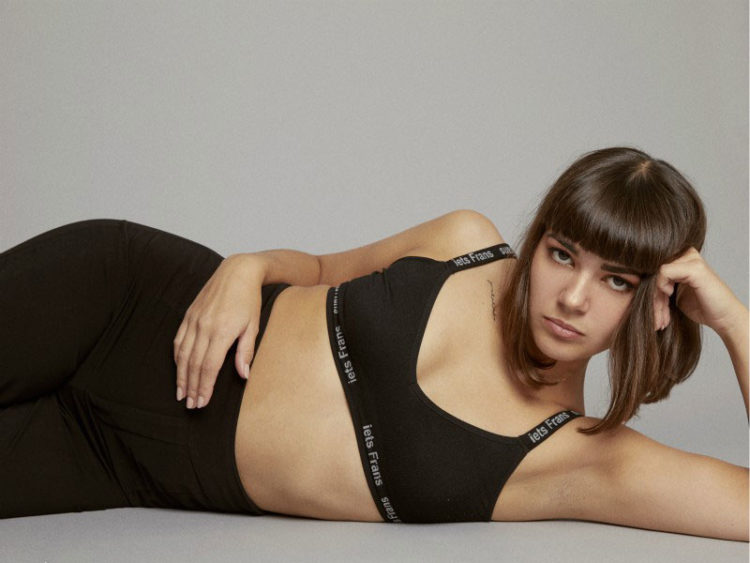 Having surpassed 500,000 monthly listeners on Spotify – it was only a matter of time before Swedish-Iranian artist – Ayelle – released a larger body of work. Her ‘NOMAD’ mixtape is out on 15th May 2020, with title track ‘Trust’ out now.

Speaking about the 12-track mixtape, Ayelle explains that ‘NOMAD’ “is a collection of songs written over the past two years whilst I’ve been travelling almost every 2-3 weeks to places like London, New York, Los Angeles, Texas, Valencia, Barcelona, Bali, Cambodia, Vietnam, Stockholm and Amsterdam to name a few. Throughout my life I’ve never felt fully rooted anywhere. I grew up in Sweden and Spain, I’m half Iranian, I lived in London for 7 years and my family is spread across the globe. On my dad’s side my family comes from a nomadic tribe called ‘Qashqai’ and this resonates with me a lot as I can never seem to stay in one place for too long. Every song on this mixtape represents a part of that journey and something I’ve learnt about myself, or something I’m still trying to figure out.”

“It’s about falling for someone against your better judgment and I wanted to shed a light on the tumultuous side of relationships, where you reveal the ugly parts of yourselves to each other and work out your insecurities. It’s always scary to let your guard down, and we tend to self-sabotage when we feel vulnerable, which is the essence of what I wanted to capture in ‘Trust’.”

Stay tuned for the release of other singles from the mixtape, with the full release penned for 15th May 2020. Ayelle will also perform a headline London show on 28th May – you can buy tickets HERE.

Growing up in Sweden and Spain, Ayelle moved to London to pursue a career in music. She spent 7 years in the UK capital which saw her receive the PRS Momentum Fund in early 2019 whilst releasing a single every month. That, alongside performances at SXSW and Iceland Airwaves, lead her to sign a publishing deal with Universal Music Publishing US & relocate to New York City in 2019.