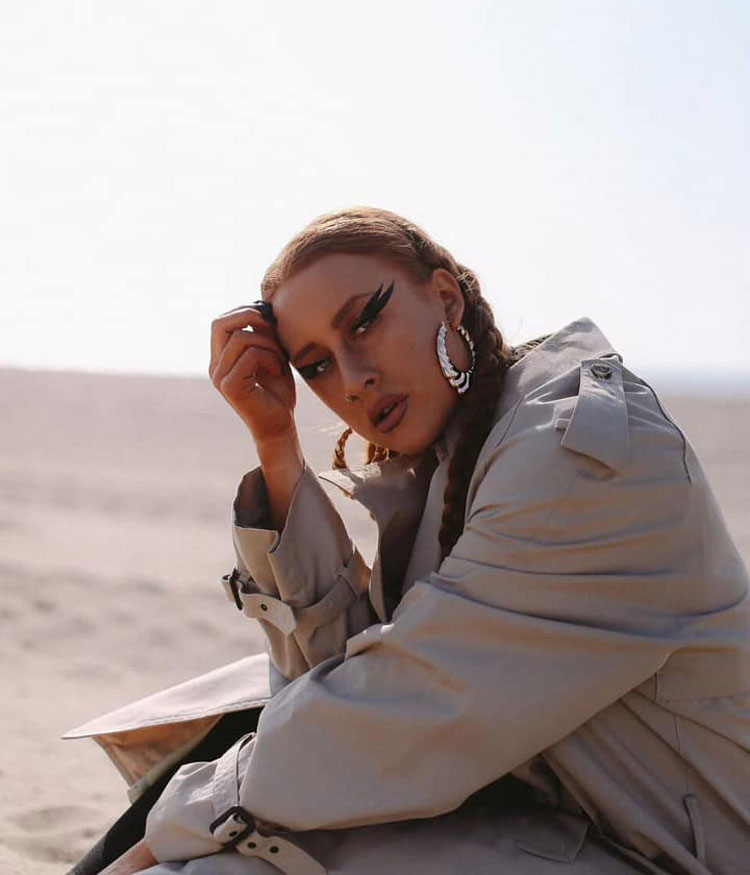 Growing up in rural Wisconsin, Phenix Red would milk cows and rodeo to pay for her recording. She moved to Nashville when she was 18 knowing no one and with no more than 200$ to her name. Now, Phenix Red owns and operates her own recording studio in the heart of music city and produces, directs, and edits all of her visual content. She is known for her unmistakable eyeliner, natural red hair, and raw lyrical sound. Phenix Red makes it clear she is a rebel warrior that will be true to herself no matter the trends.

Phenix is a Lyme Disease Warrior and an active ambassador for the non-profit anti-trafficking organization, Free For Life International. Being diagnosed with Lyme disease in 2018 spiralled her into a fight for her health and has since been an activist for the community who feel like their voice isn’t being heard in our healthcare system. Phenix lends her musical performances and visual content production to Free For Life International. She partnered with them for their annual Gala “Liberation Now” and it is going on its 3rd year.

Phenix Red kicked off 2020 with the release of her self directed visual album for her project ‘The Chariot’ which consisted of 4 music videos. She then released ‘Bad News’ as the leading single for her upcoming EP this summer. The multi-talented artist, singer, songwriter, producer and director is thrilled to announce her latest release ‘Raggedy Ann’. This will be the second single off the upcoming project and she has plans to release a song every month until June.

‘Raggedy Ann’ is available now via all major platforms.