An anti-love letter to the liars, users and other fake friends: Introducing The Post Romantics and their latest release ‘bad friend’ 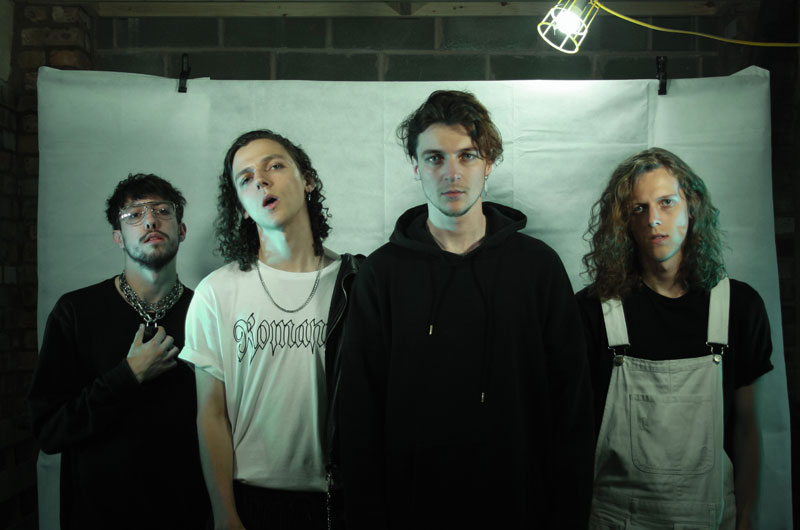 Today, The Post Romantics share their newest single ‘bad friend’ – an anti-love letter to the liars, users and other fake friends. Following the tale of two people who got too close for their own good, ‘bad friend’ offers an honest insight into the world of toxic relationships. The track is out now via DEADBOY$CLUB.

Self-produced under lockdown at the bands home in Liverpool, the track showcases the band in their purest form. Haunting soundscapes, heavy beats and sultry vocals provide a graphic portrayal of a chaotic friendship. With confessions of love, lust, and distain, the track gives a deeply emotional reaction to the pain of being deceived by someone close to you.

“I wrote this song after I realised that people are snakes.” says lead singer, Connor. “Relationships are complicated and people catch feelings and shit, I get it, but, be honest about it at least. Don’t play games. People say one thing but mean another and, eventually, when they don’t get what they want, they’ll turn around and bite you. Maybe I’m just a sucker for people who want to f*ck my life up…”

The Post Romantics (formed of brothers Connor Cockbain, Cameron Cockbain and Liam Cockbain along with their childhood friend, Sam Barton) sound quite unlike anything in the scene they grew up in; finding solace in the darker aesthetic of artists such as The Weeknd, Metallica and Massive Attack. Eventually coming together to write as The Post Romantics, their sound culminated in an exciting blend of emo and R&B that provides a gritty narrative of their own personal life experiences.

Championed by BBC Radio 6 Music and BBC Introducing, last year saw the band cut their teeth supporting the likes of Wolf Alice and Larkins, selling out headline shows in Liverpool and London. 2020 sees the band follow up this release, embark on their now rescheduled UK tour and perform at Liverpool Sound City and Hit The North Festival.