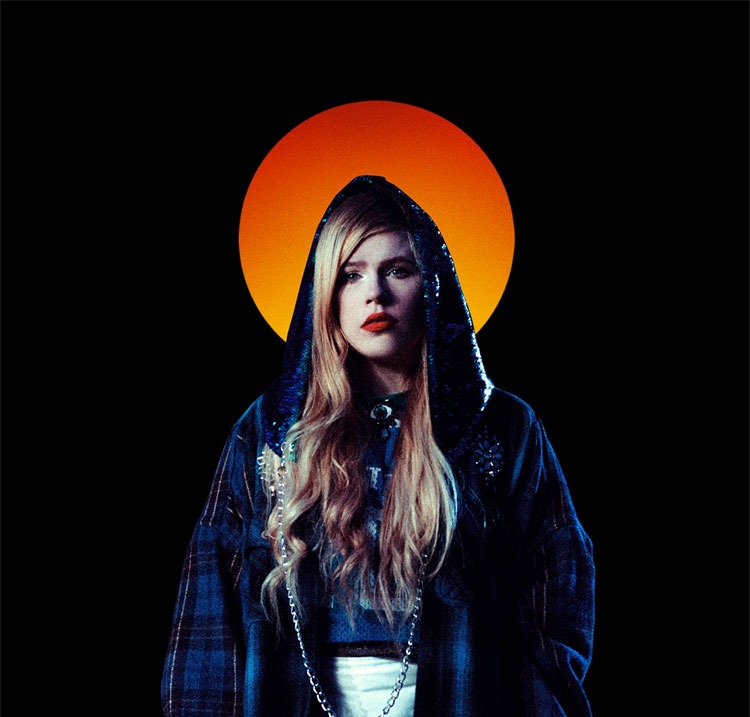 Karoline Rose aka SUN is a franco-german singer-songwriter, guitar player and actress. Throughout her colorful career in rock music, theatre and musicals she developed her own signature style ‘Brutal Pop’ : A blend of pop songwriting and elements of metal music.

Live she keeps the music true to her rocking background playing as a duo with her drummer. Headbanging meets dancing, her sparkly telecaster in hand she has no wires to hold her back from putting on a full-blown pop performance. Her vocal range allowing her to go from singing into controlled screaming when her lyrics call for more intensity.

Karoline uses this rich material in her songs, in theatre or contemporary opera performances and also in film. In 2019 the English and French press fell under the charm of her music project SUN’s first EP ‘Brutal Pop’ – produced by Dan Levy (the Dø) and SUN’s performances at ‘The Great Escape Festival’ (UK) and ‘Transmusicales’ Festival (Fr). Also during Summer 2019 Karoline had leading roles in they plays ‘Hedda Gabler’ and ‘Nous l’Europe’ at the Festival d’Avignon (In).

Switching from her theatrical acting parts to brutal pop songs in a split second, making the music part of her characters developed her unique style of performing even further. The press feedback about these performances is astonishing:

“A Thrash Metal score brilliantly performed on voice and guitar by the actor Karoline Rose.” – The Guardian

“Between France and Germany, Pop and Metal, concert stage and theatre stage, Karoline Rose/SUN cultivates an art that goes beyond any limits” – IOGazette

“An opening salvo by a multifaceted artist, creating a sound that transcends genre” – She Makes Music

‘Brutal Pop’ EP is available now via all major platforms.