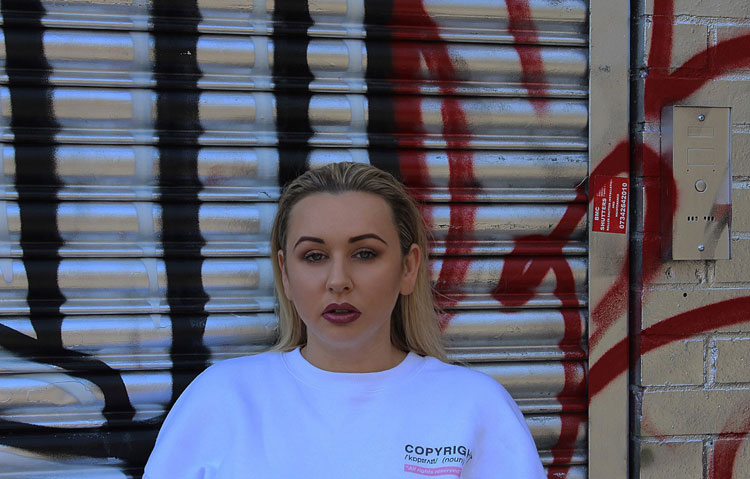 “Jazz, Soul, R&B, Pop, Tasha Dean does the lot and does them very well too. It’s been a while and it’s brilliant to have her back and what a return!” – Dean Jackson BBC Radio Nottingham

Producer JayJayMusika helped bring an alternative R&B vibe to team up with Tasha’s soulful vocals and fierce writing style. Having originally written the song during her time with The Amy Winehouse Foundation; Tasha Dean poured all of her emotions into her lyrics and melodic ideas to capture the difficulties of becoming addicted to a toxic, abusive relationship.

She wants to highlight the emotional aspect of abuse as she feels it’s something that isn’t spoken about enough, leading to people suffering in silence. Looking back in hindsight, she would have related to a song like this and would have gained clarity on the situation to maybe get out of the relationship sooner. She therefore hopes to reassure fans, that may be going through similar scenarios, that they are not alone especially in a time during lockdown, where domestic violence is on the rise.

This is the first single off the upcoming EP ‘Grapefruit’ which covers a range of experiences Tasha has been through including struggles with her mental health. She came up with the title for the EP as she is prohibited from eating grapefruit due to it reacting with her medication; along with the bittersweet taste, the forbidden nature of the fruit felt fitting for the whole project.

‘Tempted’ is available now via all major platforms.