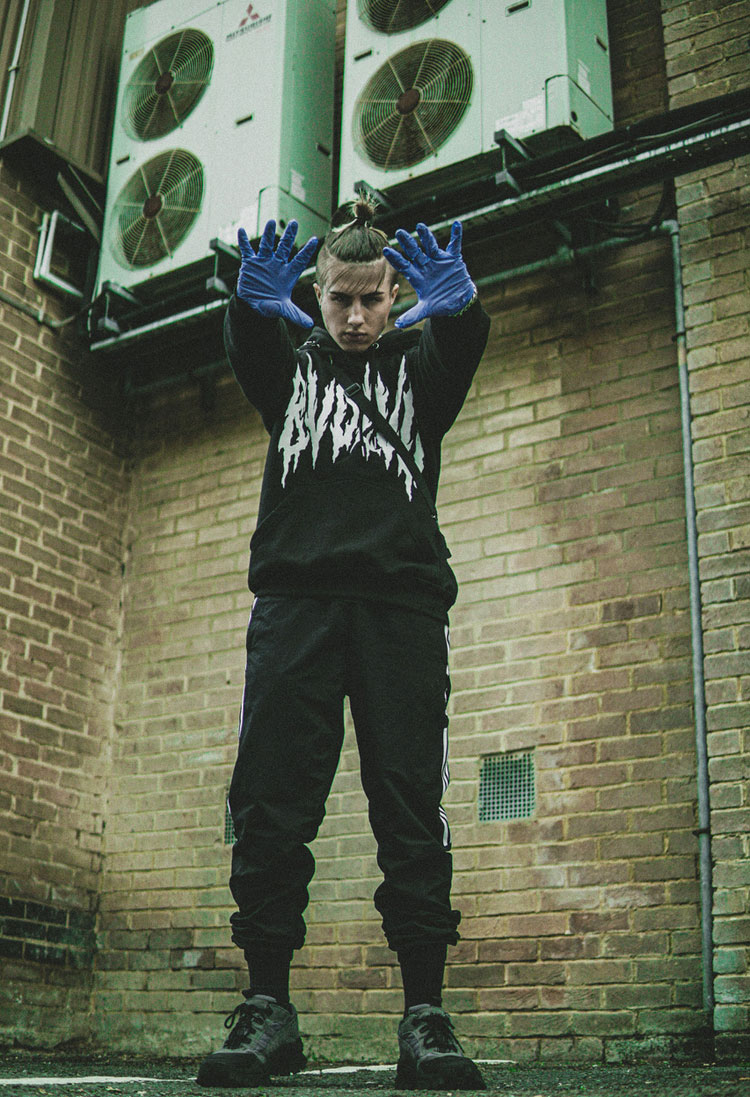 BVDLVD (pronounced ‘Badlad’) delivers his latest studio album ‘LUNATIC’ released through MOVES Recordings, jam packed with his trademark abrasive concoction of trap, industrial metal and hip hop, defining him as a true pioneer of the trap metal movement coming out of the UK.

Following a busy two years working on his first two albums ‘Project Jinchuriki’ and ‘BVDIDEA’, BVDLVD has gone from strength to strength. The 19-year old has gained a cult following that most artists could only dream of, a rabid worldwide audience that spans from the UK, to Russia, to the US. After signing to independent UK label MOVES Recordings in 2019, his ambition to evolve the trap metal scene crystallised with the genesis of ‘LUNATIC’. He set out to record collaborations for the new album with other luminaries from the scene including: rising LA rapper Lil Darkie; German producer Pulse; UK beat maker Goodbyechase; and most notably a collaboration with Lyrical Lemonade’s latest star boy and 6IX9INE collaborator Jasiah on the jaw-dropping album opener ‘SHUT IT DOWN’. BVDLVD has entered the music game emphatically and has made a statement that he’s definitely here to stay. 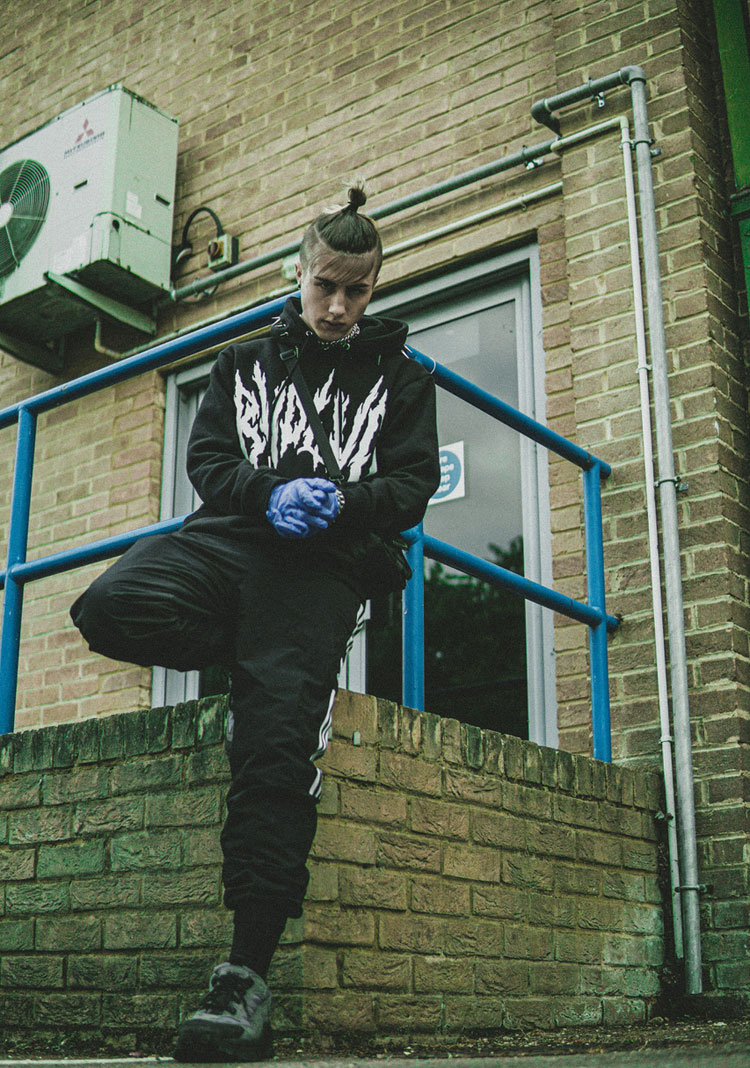 His impeccable self made artistic direction is what sets him aside from others in the trap metal scene, co-producing and mixing all his own tracks as well as editing and directing all his own visuals, the uniqueness of the style he’s created for himself is truly something to behold. BVD’s music is a tribute to all the misfits and outcasts of the world and a message to anyone listening that real creativity has no boundaries, with his music being a shining example, as he slashes and burns through existing genres to create a raging new sound set to define the 2020s.

With ‘Lunatic’ being BVDLVD’s most accomplished album to date, taking influence from multiple genres including drill, drum n bass, grime, punk, metal and more, and with his unique sound already showing early signs of making a profound stamp on the scene, success is inevitable for this prodigious artist. His empowering mix of anger, humour, energy and distorted heavy bass has already created a new age punk movement in his wake. With shows already planned worldwide and a locker full of music, the scene is about to find out what BVDLVD is really about.

‘LUNATIC’ is available now via all major platforms.