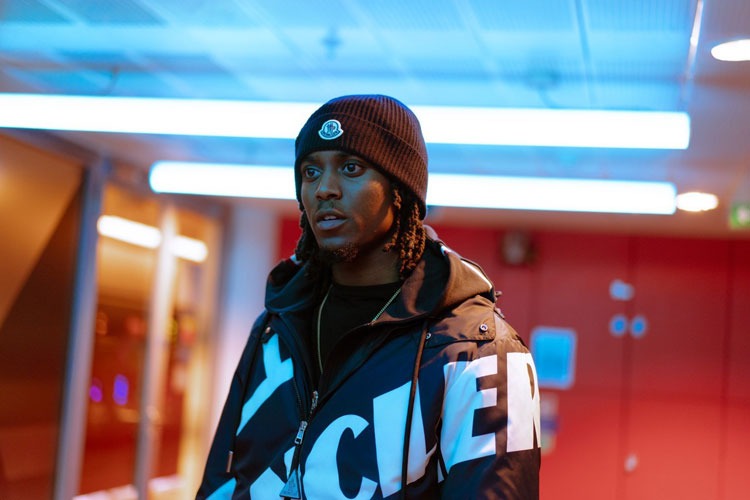 One of the most significant names in UK rap, Cashh continues to build on an already formidable reputation with his latest single ‘Trouble’.

Recent singles ‘Incognito’ and ‘Trench Baby’ have reignited the buzz around Cashh since his highly publicised return from Jamaica. Now the talented and outspoken artist comes through with a growling tropical heater, courtesy of Deanyboy on production. Proving his versatility in handling the mixing and vocal arrangement, ‘Trouble’ oozes flavour as Cashh confidently plays with melodies and patois as he channels introspection and shares his life lessons.

From his 2011 debut mixtape, ‘Lil Bit Of Cash’, the scene has witnessed the rise of a one of a kind talent. Reaching critical heights from the outset, his revered ability has seen him collaborate with the likes of Stormzy, Young T & Bugsey, Krept & Konan and Steel Banglez, as well as delivering numerous acclaimed ‘Fire In The Booth’ and ‘F64’ freestyles. Since his widely celebrated return to UK shores in late 2019, Cashh has been solidly delivering on his promise of more music, hallmarked by his hugely popular GRM Daily Duppy, currently sitting on over 1.4M views and counting.

Following the Daily Duppy came his single ‘Incognito’, proving to be a viral hit and moving THE GUARDIAN to list him as ‘One to Watch’, Cashh drops another gem that consolidates the promise of a unique artist in the scene returning from Jamaica with a lot on his mind. Make no mistake, 2020 is set to be a milestone year for one of the most important artists in the scene right now for a multitude of reasons.

‘Trouble’ is available now via all major platforms.