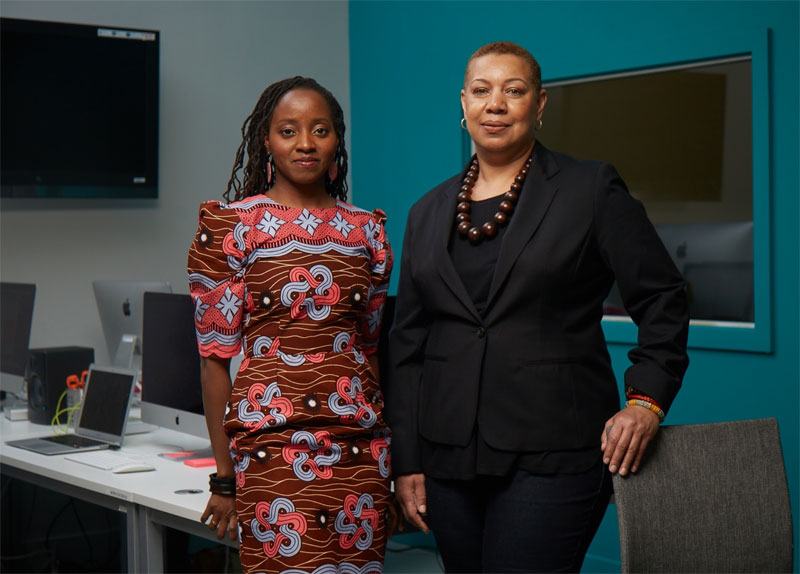 OYA Media Group’s Mr. Jane and Finch documentary, which was directed, co-produced and co-written by Ngardy Conteh George and co-produced and co-written by Alison Duke, won two 2020 Canadian Screen Awards: the ‘Donald Brittain Award for Best Social/Political Documentary and Best Writing in a Documentary. The Canadian Screen Awards are a celebration of Canadian visual storytelling and the people who bring these stories to life. The CSAs recognize and champion the authentic voices and universal themes that resonate in Canada and beyond.

Mr. Jane and Finch explores the life of long-standing community activist and amateur Documentarian, Winston LaRose who has dedicated the last 25 years to support the troubled community of Jane and Finch. With gentrification high up on the political agenda, the man affectionately named Mr. Jane and Finch decided to challenge the traditional powers for the city councillor seat of ward 7. His run for public office, reveals how the deeply racial politics have plagued the area. Over-policing without accountability and a perennial lack of social services in the area has further marginalized Black and people of colour in the community.

“When I was capturing Winston’s story I had the opportunity to see what is happening in the lives of so many that live in the Jane and Finch community. Not everything made it into the film, it’s not surprising that right now this film and the issues discussed are so timely. It was released last year, but when you watch it now it’s impactful on a very visceral level. Seeing people in the community working to make a positive change with very, very few resources and support was quite sad. They should be acknowledged for leading the change in their community and given the proper resources to make those changes. I am proud to have captured that moment in time of Canadian history and have the affirmation from peers in the Canadian Academy of Cinema and Television,” Ngardy Conteh George.

Mr. Jane and Finch has had much success on the festival circuit both in Canada and the United States, from Yorkton, Saskatchewan, Toronto Black Film Festival, the BlackStar Film Festival in Philadelphia, and BronzeLens Film Festival in Atlanta. Educational institutions such as HBC (Historically Black College) Morehouse College in Atlanta and Humber College in Toronto have also screened the documentary. Earlier this month Mr. Jane and Finch opened the Timehri Film Festival which showcases the best cinema created with protagonists from Guyana throughout the diaspora. Canada’s leading educational distributor McIntyre Media has acquired the Canadian distribution rights for Mr. Jane and Finch to be made available for high school, university and college educators as well as libraries to use for their online learning regarding topics such as social justice, civil engagement, racism, gentrification and Pan-Africanism amongst other timely social issues. Mr. Jane and Finch also continues to stream on CBC Gem.

OYA Media Group, is a Black woman-led production company founded by Alison Duke and Ngardy Conteh George. Together they have over 40 years of experience producing documentaries. They formed their company after collaborating on several film projects and found a creative synergy in working together. Part of the OYA business model involves a program to support Black youth. The program supports Black graduates of film and television degree and certificate programs by increasing their access to networking, mentorship and essential skills training. OYA is pleased that many of the participants in the program were hired as production team in the creation on Mr. Jane and Finch and received their first television production credit. The third year of the program starts in July 2020 culminating with an online graduation of year 2 participants on June 30th.