A story about a person who is the victim of a manipulative personality: ‘My Advice’ is the latest release from Milan-based band Quaalude 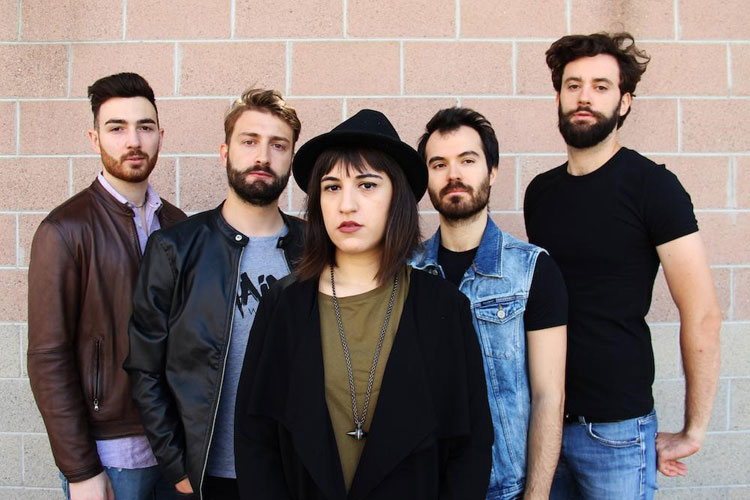 ‘My advice’ is the new single from Quaalude, the pop rock band from Milan, Italy. The song is the result of the experimentation of a harsher and more extreme sound where the bass guitar and the voice become the real protagonists. The lyrics of the song describes the moment of rupture, protest and warning towards an individual with a manipulative personality.

“The experience of being manipulated from someone else’s will can be very intense and can leave deep scars in people. In the lyrics, the manipulation is described as a vicious circle with a repetitive trend. However, when one gains the awareness of the situation, his/her anger can suddenly and violently explode and the only desire is to get away from that false and illusionary relationship.” says Noemi, the singer of the band.

The structure and trend of the song follow the lyrics: a calm and intimate beginning followed by a chorus full of overwhelming sounds; a subdued bridge then leads to a crescendo with a sharp voice conveying to the end of the song where tranquility comes back to symbolize the return to serenity.

‘My Advice’ also marks the first international production for the band: written by Noemi Terruzzi and composed by Federico Michele Merli, Federico Cesaro and Erik Benedettini, it was recorded in Italy at the S8recording of Roberto Gallo Salsotto (Senago, MI), mastered at the ER Mixing in Warsaw (Poland) by Romano Erafficci and the official lyric video, in which the text becomes a manifesto against manipulative personalities, is made by Alsqueezy from Jakarta (Indonesia).

Quaalude is a pop rock band based in Milan. It was born in 2014 and its components: Noemi (vocalist/voice), Federico (guitar), Erik (guitar), Cece (bass guitar) and Marco (drums) share the passion for UK rock bands (e.g. The Cranberries, U2 and Oasis). They combined this passion with the love for pop and modern rock, creating the Quaalude’s musical identity which is characterized by brit sounds.

“Our aim, as musicians and music lovers, is to share our emotions with the listeners. We want to give them something by recreating inside each person the very same feelings we express in our songs. We have been playing together for a long time and we are now focusing on increasing the quality and professionality of our musical production, in order to provide a unique experience to all the people that discover us and follow us.” – Quaalude

They debuted in 2015 with their first EP “My Place on Earth”, followed by the single “Hello Darling” (2016). “You Lift Me Up” (2017) it’s the release that represents a step forward in the production style of the band; a process that then continued with “The First Time (For a Thousand Times)” (2018).

‘My Advice’ is out now and is the first single from their new album coming out in 2021.