Taken from their forthcoming debut EP ‘Guerrilla’, ‘Dumbo’ is the UK drill and grime inspired track from Canadian collective No Tourists

Made up of five independent artists and two producers based in Toronto, including COLORS, Hypebeast and Red Bull Music supported French-Congolese rapper Keynes Woods, and Nigerian-born musician and Garçons frontman Deelo Avery, who already has over a million streams under his belt, along with support from The FADER, Pigeons & Planes, and Lyrical Lemonade, NO TOURISTS is an exciting black music collective that effortlessly explores and fuses hip-hop, grime, R&B, house music, dancehall, jazz and funk to create something uniquely No Tourists, with an emphasis on authenticity, experimentation and community.

Coming on the back of their seminal debut EP Snow Tourists, which was released only just six months ago, No Tourists are proud to announce their sophomore EP titled GUERILLA. Scheduled for release on August 14, the 3-track EP is led by the UK drill and grime heavy single ‘DUMBO’, which hits stores on July 31 along with its raw, gritty and energetic music video, which is directed by creative director and frequent collaborator Kevin Kudu and pays homage to the DIY ethos of UK drill and grime culture, while staying true to the Toronto music scene and community that brought the group together in the first place. 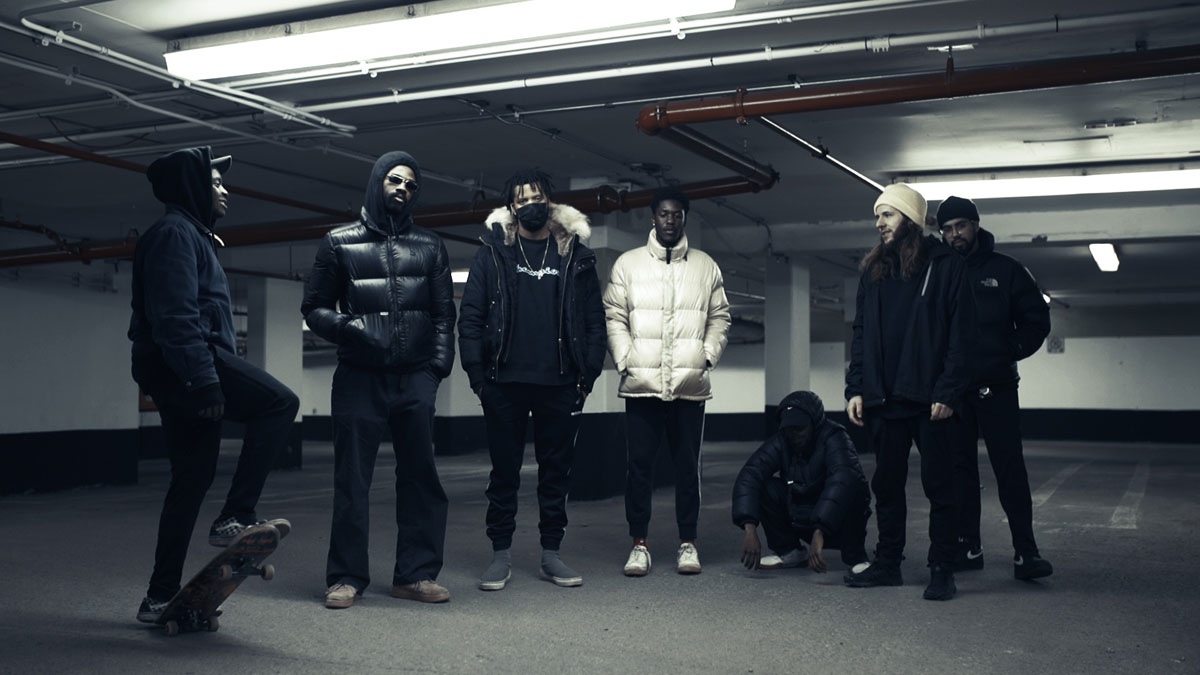 Speaking about the inspiration behind ‘Dumbo’, No Tourists say, “the song was heavily inspired by our love and respect for UK drill and grime music. Through the collective efforts of our producers universes and geezr, ‘Dumbo’ offers up our own Toronto take on the intersection of UK drill and grime music. This track is special to us because we were all on the same page in trying to make a tune that captures our respect and love for UK drill and grime. We all pushed ourselves out of our comfort zones and surprised each other a little bit – in the end, ‘Dumbo’ is what we set it out to be, you can’t listen and remain stagnant”.

Highly recommended if you like collectives like Brockhampton, Boy Better Know, NSG, TDE and Odd Future that have paved the way for them, No Tourists – Deelo Avery, James Wesson, Kafayé, Keynes Woods, Lan’do and producers universes and Abdullah – want to create a musical world where both the artist and listener can be their purest selves. The versatility and eclecticism in their sound can be attributed to more than half of the group’s members being born and raised outside Canada. All of No Tourists’ music is self-written, self-produced and recorded in house, marrying the spontaneity of a jam session with a polished attention to detail and craft.

‘Dumbo’ is available now via all major platforms.

Connect with No Tourists