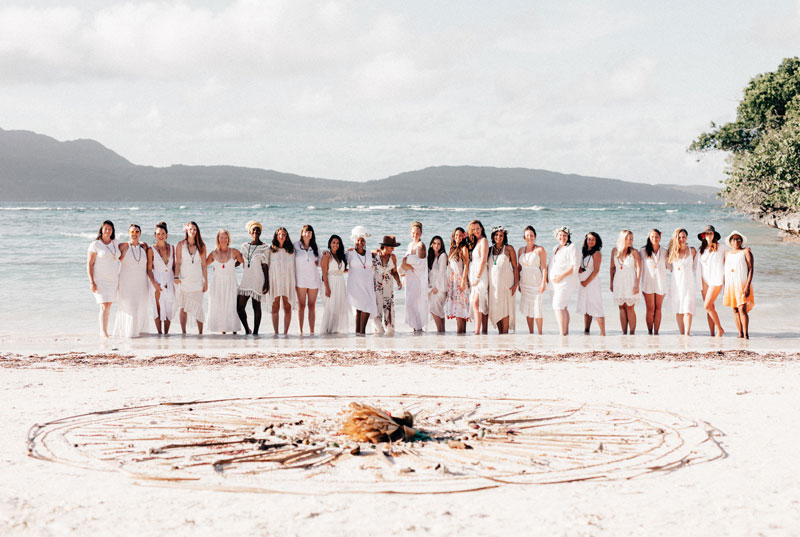 ‘Wild Woman’ was conceived along Aruba Red’s journey as a Radical Birthkeeper, someone who protects the sacred wisdom surrounding physiological birth and walks with women during pregnancy and beyond, bearing witness to autonomous birth, and serving their communities as wise women.

The song is one of empowerment of women and mothers everywhere and partially inspired by the book “Women Who Run With The Wolves” (Dr. Clarissa Pinkola Estés). With a release previously scheduled for 2021, ‘Wild Woman’ has been brought forward to September 2020 having been championed by the Free Birth Society, which has selected Wild Woman as the theme song for its new podcast series, launched today (4th September).

With its Spanish guitar and subtle reggae bass courtesy of co-writer Renell Shaw (Rudimental), ‘Wild Woman’ is an inspirational track drenched with Aruba Red’s soulful and serene vocals. The track features the incredible live recording of women’s voices howling at the moon, all recorded in February of this year at the magical Motherlovin’ Retreat in Dominican Republic organised by Nurturing Novas and Free Birth Society. During the trip, Aruba Red sang ‘Wild Woman’ for the 24 women from around the world, who had gathered there in circle, high over Samaná Bay where the humpback whales come to birth their babies every year. Days later during the closing full moon ceremony on the beach, the women all howled like wild wolves, Aruba captured the magic and power of the sounds for this unique recording and its fiery and uplifting lyrics that bear so much significance for the ongoing challenges women face within the patriarchal paradigm and birthing in the system.

“Aruba Red delivers songs over and over that find a much-needed voice in this world of cynical sexism and ego. She delivers melody with the power of her father’s soul and purity of a mother’s heart.” – Nitin Sawhney

Aruba Red said “So much has been sparked on my journey to becoming a Radical Birthkeeper, as well as the music I am currently creating. The song is a tribute to all the wild women in the world and a big F*ck You to the patriarchy. ‘Wild Woman’ is everything I long to be… wild, free, at one with nature, in tune with the elements and my place in the universe as an integral part of all things. ‘Wild Woman’ is testimony to all the women in the world who have managed to cling onto and nurture their freedom and intuition. It is a dedication to all things plant medicine, womb magic and the wise women who were burned. I want the song to be a rousing call to awaken that which lies within all of us, often subdued and hidden away, a reminder that we were all once wild, that we all come from Wild Woman. I’m so happy to have been blessed with the howls of my sisters on the Motherlovin’ Retreat. We were so free and uninhibited that night. Dancing in the glow of the fire and running naked into the sea under the stars. To be able to capture such a transformational experience within this piece of music and share it with the world, feels so magical and full of power.” 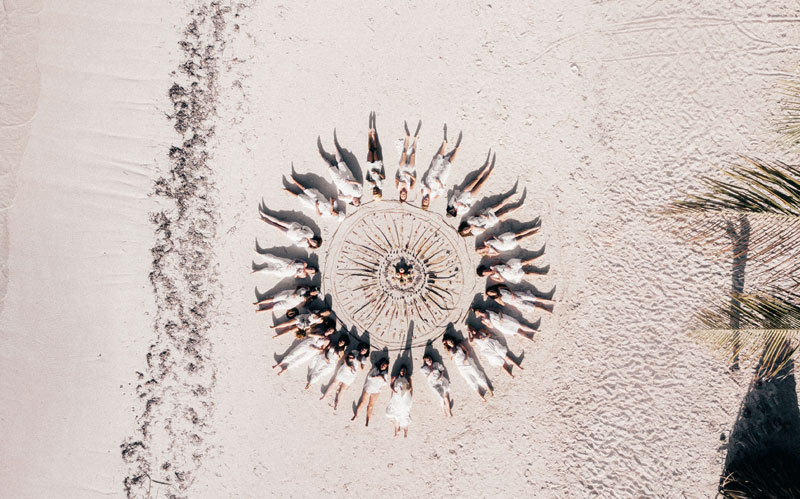 Aruba Red released her EP track ‘Butterfly’ in May 2020, as a rapid follow up to charity single ‘Search For The Hero’, a minimal, acoustic re-working of the classic M People track, which was released on 15th May with all proceeds going to music charity Help Musicians.

Aruba is no stranger to creating highly personal work imbued with poignancy and meaning. She has established a growing following for her fresh soulful sounds that inspire and uplift.

Aruba’s own personal experiences, healing after suffering an abusive marriage, anxiety and panic attacks stemming from unresolved childhood trauma, the passing of her well-loved musician father Jack Bruce and birthing her own child, have culminated in the creation of her ‘Shadow Work’ EP.

The ‘Shadow Work’ EP fuses alt soul and experimental production with live instrumentation and is a highly anticipated testimony to resilience and strength following-up the critically acclaimed EP ‘Holy Waters’. With its five songs that Aruba Red describes as a journey of spiritual and personal evolution, in her own words “purifying a lifetime of toxicity, my stepping stones to freedom” – ‘Shadow Work’ is a compelling body of work featuring Aruba’s distinctive vocals supported by a cast of incredible talent including co-writer Renell Shaw (Rudimental) and Nathan “Flutebox” Lee (Asian Dub Foundation).

Aruba Red’s journey continues, as she offers guidance and support to her community in spiritual healing with meditation sessions, pregnancy and birth support via her new venture Birth Magical: www.birthmagical.com, as well as working on an upcoming documentary series supported by Help Musicians UK and creating her album due for release next year.

‘Wild Woman’ is available now via all major platforms.