What We Know About Bristol Punk Band IDLES’ Upcoming Album 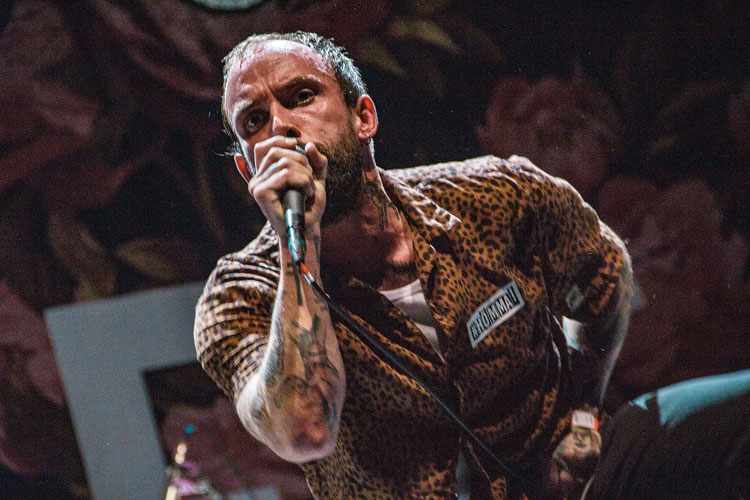 2019 was a pretty good year for IDLES. The boys from Bristol really hit the ground running, following the release of their sophomore album Joy as an Act of Resistance. The album netted them both commercial and critical success, as they were nominated for a slew of awards – even managing to win the Kerrang! Award for Best British Breakthrough Act. The band capped the year off with their biggest accolade to date, as they were also shortlisted for the prestigious Mercury Prize.

And while the band didn’t end up winning, what they did gain was the admiration and support of thousands (if not millions) of new fans from all over the globe. After such a great year, no one would really blame IDLES for slowing down a little and maybe taking a break. This is especially true given the global pandemic that has caused the music industry to screech to a halt. However, this isn’t the case as the boys from IDLES seemingly never stop working. They released a new single back in May which came with an announcement from the band: new album in September. And now that we’re finally in September what better time to go look at this new album. If you’re interested in knowing more about this, read on for more of our thoughts on what you can expect from IDLES’s new album Ultra Mono!

As of this writing, IDLES has released four singles from their next album: “Mr Motivator”, “Grounds”, “A Hymn”, and “Model Village”. Now, the first question most will want to be answered is if this new album is different from IDLES’ previous work. This is a little tricky given we haven’t heard all the tracks yet but the short answer would have to be yes. Tracks such as “A Hymn” and “Grounds” indicate an obvious change in their sound as both seem to heavily feature droning synths and effects. However, this in no way means that fans of the band should prepare to be disappointed. While this album is looking like it’ll sound vastly different from their two previous releases, there will be no shortage of distortion pedal fuelled riffs that help IDLES deliver the aggressive sound that they’ve come to be known for. Tracks like the aforementioned “Mr Motivator” show that the band isn’t going too far off base when it comes to retaining the elements of their music that fans have grown to love. Another notable thing that we’ve noticed with these new songs is that they seem to also retain IDLES’ sharp political commentary, as the band continues to talk about controversial subjects and events that occur all over the world.

Indication of Things to Come

Another thing that the band is doing differently is the aesthetics and imagery used in their material. This is most evident in the music video that they released for “Model Village”. While the band is no stranger to using animation, as they did for the music video of “Never Fight a Man With a Perm”, their latest music video has them teaming up with legendary auteur Michel Gondry. Gondry used hand-drawn designs on paper combined with CGI to get the unique look of this music video that seems as if a child’s drawings have come to life. This may be indicative of the band’s creative direction for their upcoming album, so it’s safe to assume that things are about to get a little strange when it comes to the band’s future material.

If you’re looking for more music-related content, check out our piece on another Bristol-based artist Amie K!