A sincere heartfelt emotional pop ballad: ‘Quite Like You’ is the debut release from emerging new wave pop band VYNYL 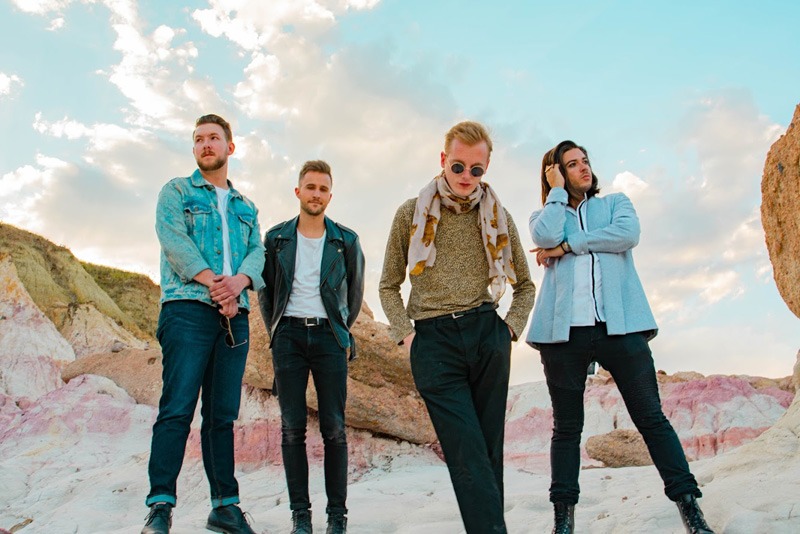 Bursting into winter from Colorado, Indie-pop foursome VYNYL release their single ‘Quite Like You’ out now via all major platforms.

The single is an undeniably catchy first release of their forthcoming EP out in January; driven by yearning lyrics and carried by a hooky beat the track’s mellow pop core echoes influences from early releases from The 1975.

Speaking on the track, VYNYL explain;

“Originating from a past flame, ‘Quite Like You’ is a sincere heartfelt emotional pop ballad that touches on not only the loss of love but the fear of losing oneself in our deepest fears.”

VYNYL is a new wave pop band whose music is as big and vibrant as their emotions. Coming from homelessness and seeking a larger purpose in North Carolina, lead singer John Tyler alongside Andrew Cole, who faced dysphoria of his own, founded VYNYL in 2015 as a means to escape their circumstances.

“I’d grown to be tired of being stuck and I wanted to make a change and do something that would better myself,” says Cole, who originally hailed from Cape Town, South Africa but found his way to North Carolina where he and Tyler met.

The two eventually packed up and moved to Denver, Colorado where they met Hunter Heurich and Logan Hilleman. In time, their complementary talents garnered a strong bond that has brought them acclaim and led them to share stages with the likes of Blink-182, Lil Jon, Bleachers, St. Lucia and more. After a slew of successful singles racking up tens of thousands of streams, VYNYL released their debut EP — Pink on October 18, 2019, to great acclaim.

The band then went on to win Denver’s KTCL Channel 93.3 “Hometown for the Holidays”, sell-out local headlining shows, and tour with the Juno Award-winning group, Neon Dreams all before the coronavirus shut the world down. Not to be deterred by the circumstances, the band is on track to release their follow-up EP, “The World Is On Fire, and I’m Lonely” in early 2021 which will see the group continuing to carve their own path on their own terms.

‘Quite Like You’ is available now via all major platforms.