“Alien holds a close place in my heart, not only because of the universal sentiment behind the song but also because I wrote this with three of my favourite collaborators: Anne-Marie, Show N Prove and Tom Jules. Writing this song was a bit of an eureka moment for me – it set the tone for what I wanted my EP to sound like. The inspiration behind Alien came from part of a Kendrick Lamar interview you can hear at the beginning and end of the track. The song is all about how we need to spread more love in the world – something that we should always be doing regardless of what 2020 has brought us! I’m just so excited to share this song and EP to the world. It’s been what has felt like a longtime coming but we got there! I hope you love it as much as I do.” – MORGAN 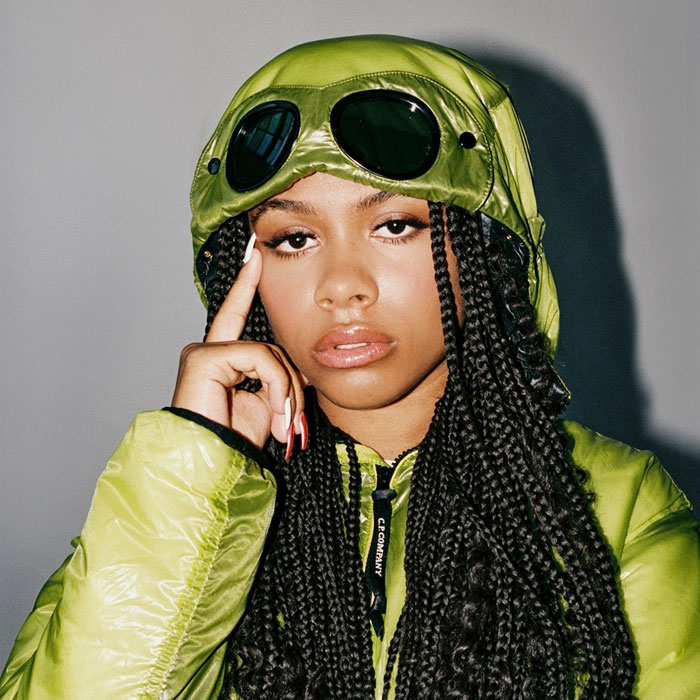 Following a string of impressive singles that firmly announced the rising star in 2020 including ‘My Year’, ‘Hostess’, and ‘Mulholland Drive’ – her biggest hit to date with almost 3M streams – MORGAN finally unveils her much anticipated, debut EP ‘Alien’.

With co-writing from hitmakers Anne-Marie and Dyo, plus producer credits from the likes of Cadenza, 169 and Rudimental, ‘Alien’ is a bold statement of arrival from the fast-rising star, bringing 5 tracks that vibrantly encompass her expansive sound.

With influences ranging from R&B and Hip Hop to Pop, MORGAN demonstrates her pedigree as a well-versed artist; oozing star power with the powerful pop number “My Year”, she contrasts with the edginess of the EP’s title track. Balancing new cuts like “Let Go” and the late night feels and sensual melodies that it exudes with raw rapping prowess on “Hostess”, Alien hallmarks a stellar introductory year for the London talent as it comes full circle with the soulful UKG swinger “Means That Much” – the Rudimental smash that put her on the radar of many.

Signed to the British collective’s record label Major Tom’s – home to other prestigious British acts like Anne Marie and Ella Henderson – the London label is itself building a formidable reputation for developing outstanding new artists and the songstress is undeniably in good company.

With the aforementioned title track launching alongside the EP, MORGAN leads an impressive charge with her new drop. Tapping label-mate Anne Marie to co-write and also feature in the video alongside the Rudimental boys, focus single “Alien” comes paired with fun and colourful visuals, while underlined with the tender message of spreading more love in a time where we are increasingly more divided than ever.

MORGAN’s captivating storytelling continues to define and establish the young powerhouse as one of the UK’s most exciting new voices. Her eclectic sound has already garnered support from tastemakers RADIO 1, BBC 1XTRA, BEATS1 and KISS FRESH, with the momentum shows no sign of slowing down. ‘Alien’ is a beautiful milestone in what is sure to be long and fruitful career ahead so be sure to keep your eyes and ears open as MORGAN ascends to greater heights.

‘ALIEN’ is available now via all major platforms.