TEE’s commitment to impassioned storytelling is the anchor point of his debut EP. ‘A Dozen Roses // A Love Story’, available now via all major platforms.

Across seven varied tracks, spoken-word interludes and soundscapes, the EP tackles fatherhood, vulnerability, mental health and love within its umbrella concept of emotional acceptance and expectation. Combining TEE’s production and lyrical delivery, the introduction to Farrell’s music is as highly ambitious as it is cinematic in its sensory appeal.

First single ‘Real’ ft. Kaine encapsulates TEE’s sonic range and the expansiveness of his ideas, mixing the moonlit croons of Frank Ocean with a stark, urgent lyrical delivery that owes much to the influence of Kendrick Lamar’s DAMN.

“Know that my pain will hurt you, and that’s my only truth. But, I will love you like no one has before, like no one ever will” This lyric is the most accurate representation of this story. All she wants is to love and be loved. She has never been able to find refuge, to find home because every time she has gotten close to anyone, she has hurt them and they have disregarded her because of it. Then she meets him, the guy who she holds within her vines, waiting for him to reject her for the thorns digging into him. He never does.” – TEE 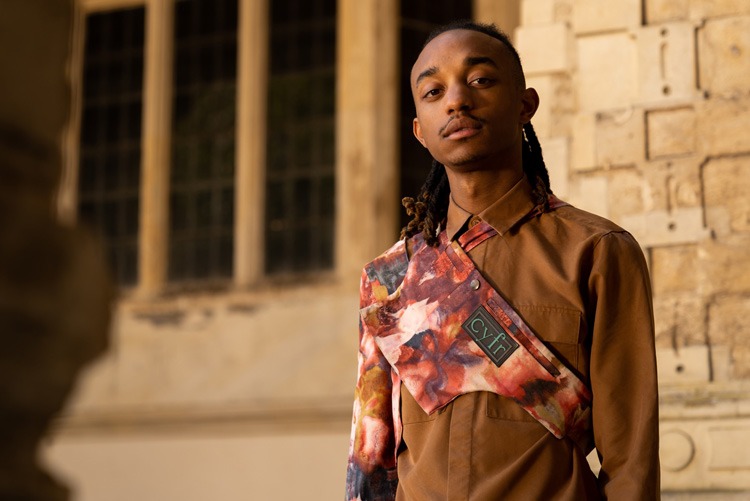 2021 marks an authoritative step toward the spotlight by an artist that has already promised so much but is now looking to deliver. As we will come to see, TEE’s music is unflinching in its demand that it’s time to talk, led by the commitment of an artist who’s centred their purpose on a need to listen. “I want to be able to open conversations,” Tee explains of his music. “As a society we’re better at it. But there’s not enough conversations about real shit.”

Since 2016, Terell Farrell has steadily risen to become a key figure in Liverpool’s burgeoning RnB and Neo-Soul scene. Firstly proving his credentials as a forward thinking arranger, producer and bass player for artists such as MIC Lowry, XamVolo, Sub Blue and Little Grace, he has since embarked on a journey which sees him carry forward his signature emotionally driven pop and RnB to form a project entirely of his own design. TEE is Farrell’s truest and most sincere artistic statement to date.

A current recipient of the PRS Open Fund, TEE was also selected ‘Most Ready’ as part of the LIMF (Liverpool International Music Festival) Academy Class of 19/20.

‘A Dozen Roses // A Love Story’ is available now via all major platforms.