ON RECORD 2021 presents: Grime > Punk in partnership with Tate Liverpool and University of Liverpool | Sat 6 Nov 21 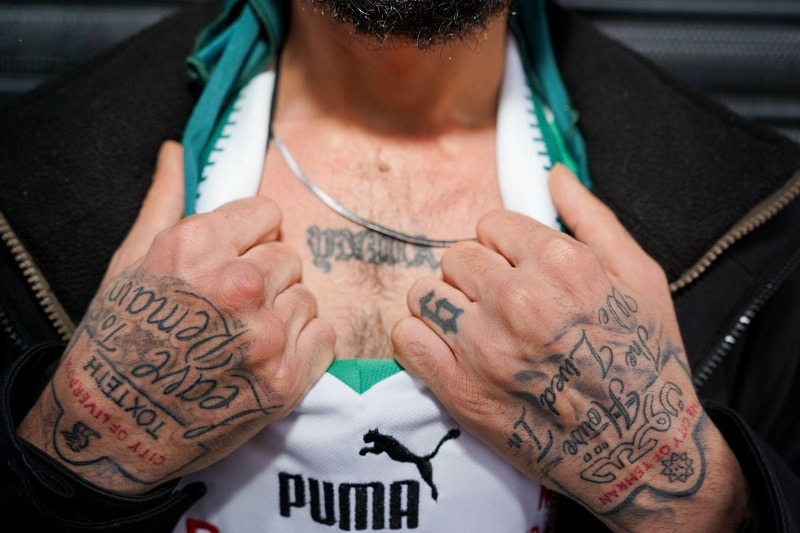 Image credit: ‘where you from’- photograph by Anthony Wilde as part of the GRIME > PUNK art exhibition at Tate Liverpool

Is Grime greater than Punk? ON RECORD festival brings together artists, musicians, journalists and educators for a series of workshops, performances, and lively debates.

ON RECORD is a festival celebrating and exploring Black music on Merseyside, and the role it has played in communities over the past 70 years. Currently running from Sunday 24 October – Sunday 7 November 2021, it brings together a wealth of original, commissioned events, including collaborative music projects, live performances, and the launch of the Liverpool City Region Black Music Action Group’s Manifesto.

A one-day event at Tate Liverpool will consider what has had the most enduring impact on music and culture – grime or punk? Discussions, live music, art, photography and fashion workshops will all take place on Saturday 6 November and tickets are free.

Working alongside University of Liverpool academic Lennon Mhishi, On Record will present its creative response to Lucy McKenzie’s current exhibition which highlights themes that have interested the artist throughout her career, including international sport, the representation of women, gender politics and music subcultures.

Liverpool based artist and illustrator Sumuyya Khader will provide an artistic response to the work of Lucy McKenzie. Local photographer Anthony Wilde will curate a collection of portraits that reflect Liverpool’s Grime sub-culture.

Hear how Grime developed into the biggest music and culture movement since Punk as panellists discuss which genre has had the bigger influence. Participants will include well-known journalist Laura ‘Hyperfrank’ Brosnan; long-standing grime heavy hitter Manga Saint Hilare, Liverpool rising star Koj, member of collective Girls Don’t Sync and Radio 1 Xtra DJ G33, and will be hosted by artist and cultural leader Saskilla.

Panellists Manga Saint Hilare and Koj are joined by Birmingham-born, multi-talented artist, Dapz on the Map and the up & coming P3Lz for live performances in the gallery. Afterwards, there will be a special Late at Tate, featuring sets by DJ 2Kind and G33.

“The parallels between Punk and Grime as sub-cultures that started in core communities but ended up having so much influence and impact on mass culture can not be denied. However, Grime has continued to thrive and evolve, even as many of the core elements have been co-opted and consumed in the mainstream – arguably leading to Grime becoming a larger cultural movement than Punk. With GRIME > PUNK we wanted to explore these ideas via discussion, artistic responses and performance.” Yaw Owusu, Event Curator

This is a free event, tickets available here.

Connect with ON RECORD