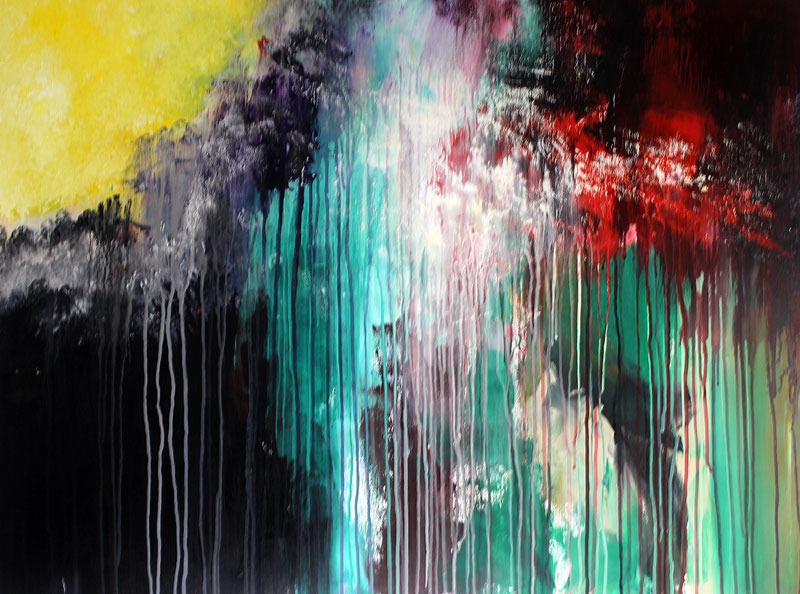 The Passing Of The Storm

Steven Long was born in Marion, Ohio in 1951. Long’s love of art began at an early age, nurtured by his mother who was a source of encouragement and direction. Growing up in Central Ohio, his link to the outside art world came in the form of art magazines. Perusing these magazines was both inspirational and directional. It was always the abstract works that Long was always drawn to in each issue.

A formal art education was always in his heart, however life got in the way and a short-term position with the railroad turned into a lifelong career. Working on the railroad provided opportunities which included promotions and relocations from Ohio to Northern California, Utah, Arkansas, the state of Washington, and Southern California. Living in various areas around the United States stimulated Long’s growth, both personally and professionally.

In 2010, a friend introduced Long to a few artist friends at a monthly Art Walk in Pomona, California. He immediately felt a connection to not only the other artists he met, but the creative aura of the local art community. Recently retired, he returned to his lifelong passion and once again began painting and showing his work in a few open shows. Soon after, he began receiving many invitations to participate in various art exhibits around the Southern California area.

These experiences only furthered his love of painting. In July of 2012, at the age of 61, Long had his first solo exhibit, which included thirty of his paintings. For Long, “It was one of the scariest moments of his life knowing that his art had to be what drew the people to the exhibit.” The opening reception was a great success and the exhibit was well attended during its sixty-day run.

By November of 2018 Long was invited to participate in a group exhibit at the Chaffey Community Museum of Art. His painting titled “Approaching the Light” was selected as the “Purchase Prize Award” winner and has become a part of the museum’s permanent collection. Long has a total of four art works that are now included in the permanent collections at both the Chaffey Community Museum of Art and the Sasse Museum of Art, both located in Southern California. 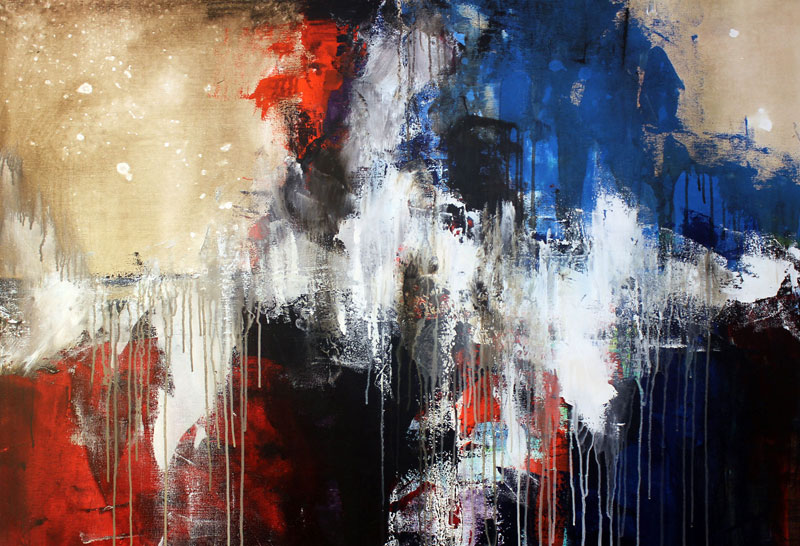 Long has always been partial to abstract works of art. While he appreciates various styles and subject matter, he has been influenced by such greats as Picasso, Dali, Miro, Kandinsky, Pollock, and Kline. As such he continually has been drawn to the “No Rules” freedom of abstract painting. It is the lack of boundaries with this style of art that has allowed him to build his confidence in both himself and his art. He has always been willing to experiment with different techniques of building layers of texture and applying paint. Long learns something new every day that he spends in the studio. It is this ongoing growth which has allowed him to develop a successful career as an artist.

Long views himself as a bold colourist. Colour is the language that he uses to translate his emotions onto canvas based on what he sees or feels. His objective is to draw the viewer into each piece of his so that they may explore the work as though following a map to someplace they have never been. He constructs his paintings and pylons in layers, sometimes exposing what is underneath in order to create an illusion or an effect. He loves texture and constantly seeks new ways to create unusual surfaces that add another dimension to his work. At the end of the day, he wants to create a desire in the viewer to explore, touch and feel the work he has created and ask themselves “How did he do that?”

Long’s work can be found in many private collections across the United States and Denmark. His art can be seen on his website, his social media pages Instagram and Facebook and through an online gallery.