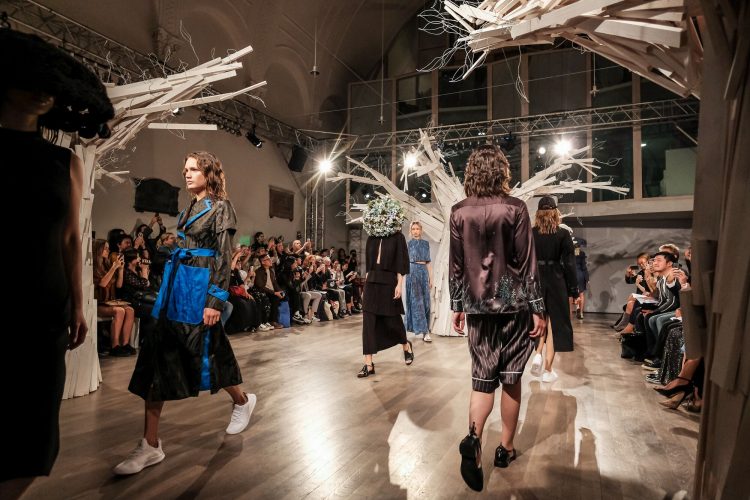 APUJAN, the designer label which draws its inspiration from the flow of time and fantasy, is launching a new chapter in its story at London Fashion Week, reminding everyone of those fading creatures, clothing and others. 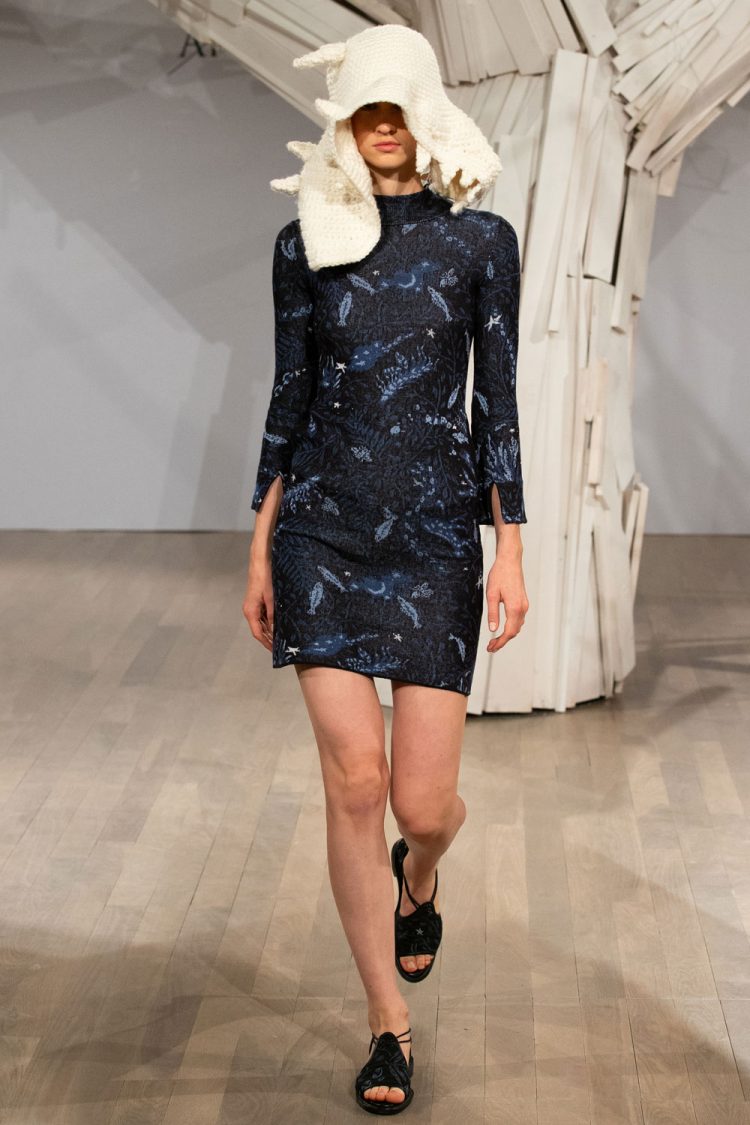 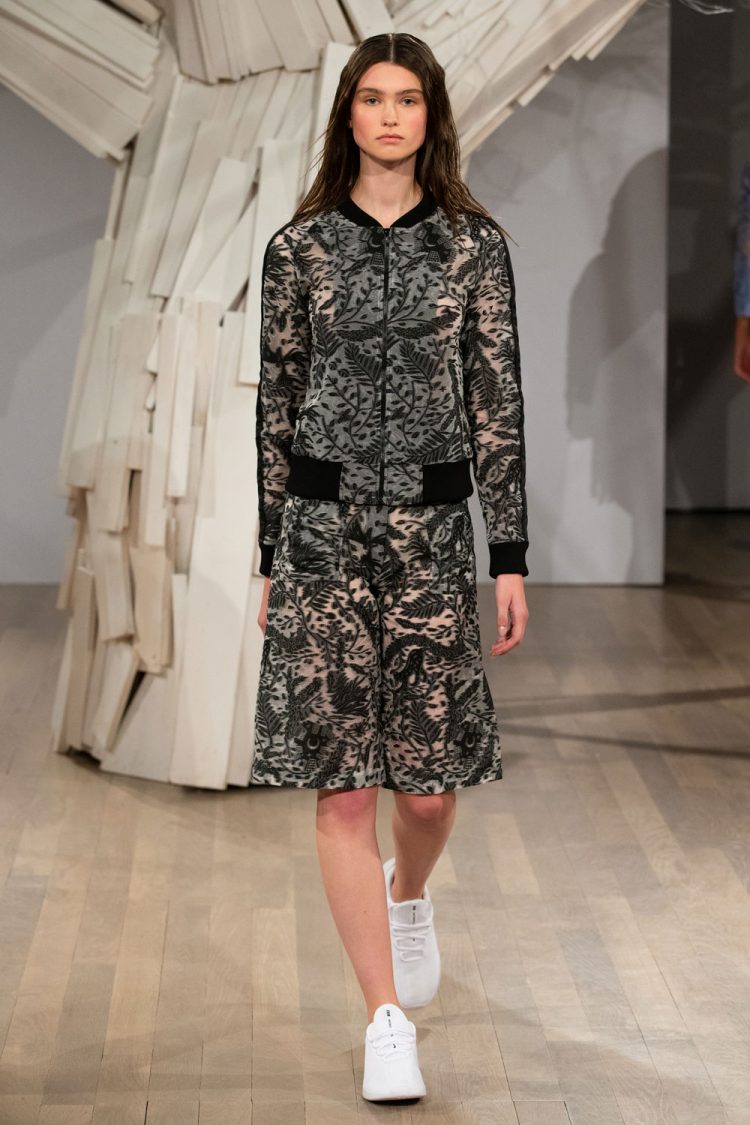 The mini tiger: leopard cat, which can be seen from the invitation or badge and on the clothing is an endangered species. Some surveys have estimated that there are less than 300 left in the designer’s hometown. Many people have petitioned to suspend further urban development in order to preserve the habitat of the leopard cat. Stories like these, and the images they conjured to mind are like fairy tales or fables, and can be seen threaded through the design of this season’s collection. 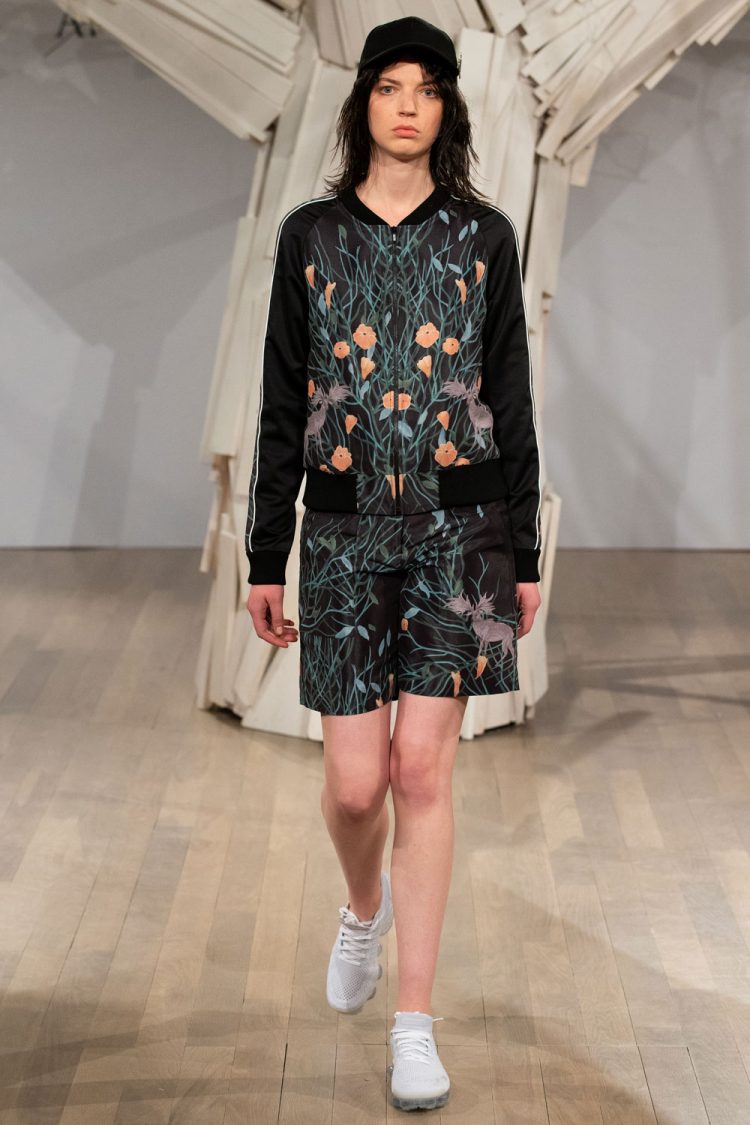 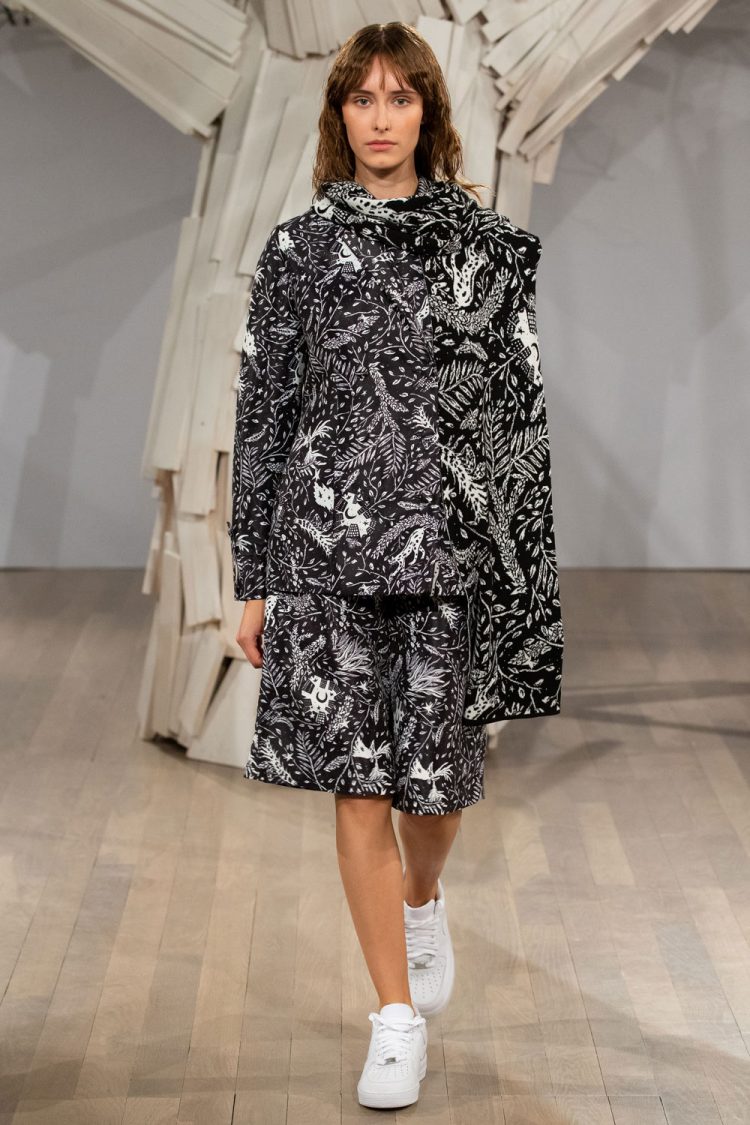 Leopard cats, Irish elks, Formosan landlocked salmon, honey bees, multi-tailed fox, dinosaurs and trees, these are the strange creatures that exist somewhere between our everyday reality and the great unknown beyond. Shuffling through the trees and the flowers, peering at the distant buildings, the traces of these creatures are slowly beginning to vanish both from the reality they inhabit and, most tragically, from our collective human consciousness and imagination. 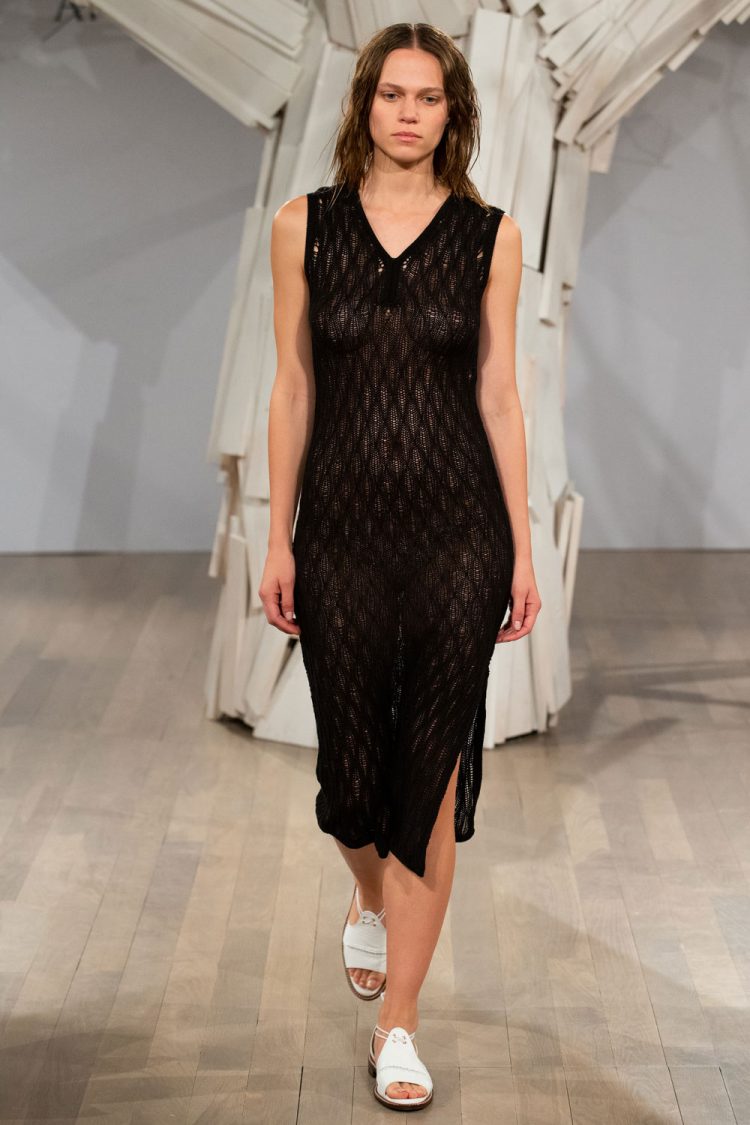 With this collection APUJAN is seeking to find another habitat for the shadows of these strange creatures: clothing. In style, APUJAN uses a myriad of contours and details of traditional oriental clothing which he has deconstructed and reinvented into exciting new styles. Reminding everyone that many traditional clothing was honed by many hands over long stretches of time, and should not be allowed to fade away. 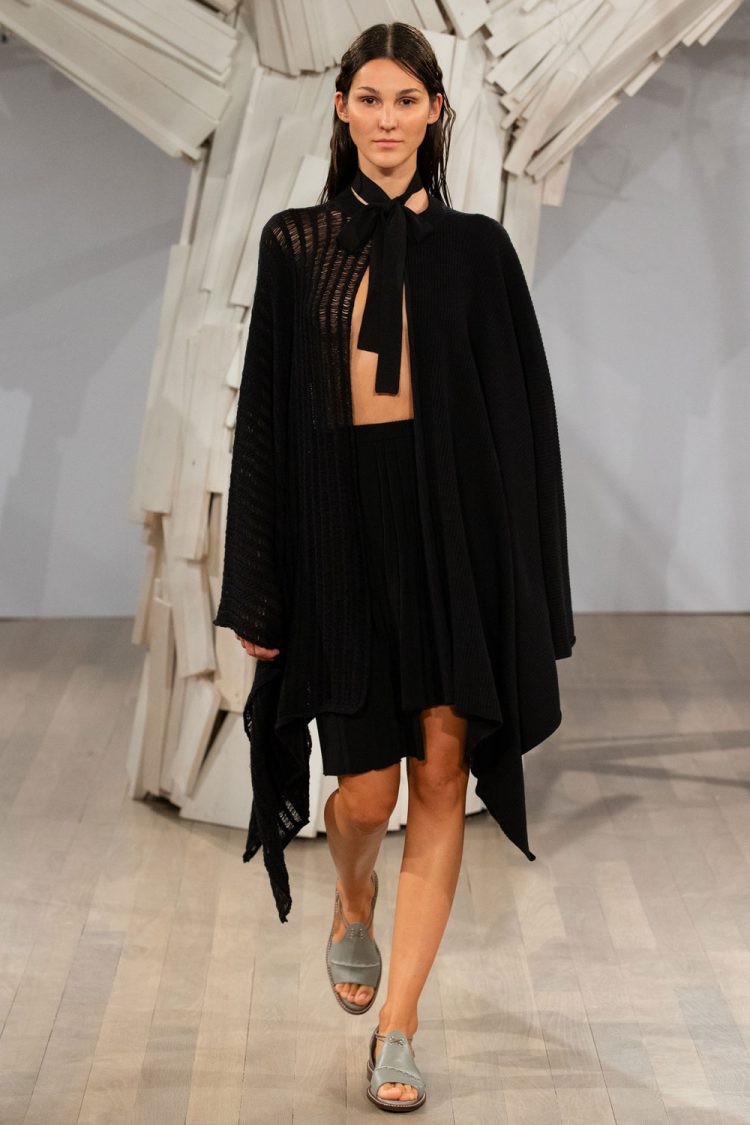 The entire collection mixes classical styles with modern leisure, using techniques ranging from traditional hand-knitting to modern computer knitting; even a mixture of both, which he has achieved with special applications of knitting techniques. He also creates his own jacquard fabric mimicking the effect of embroidery with a computerised machine. 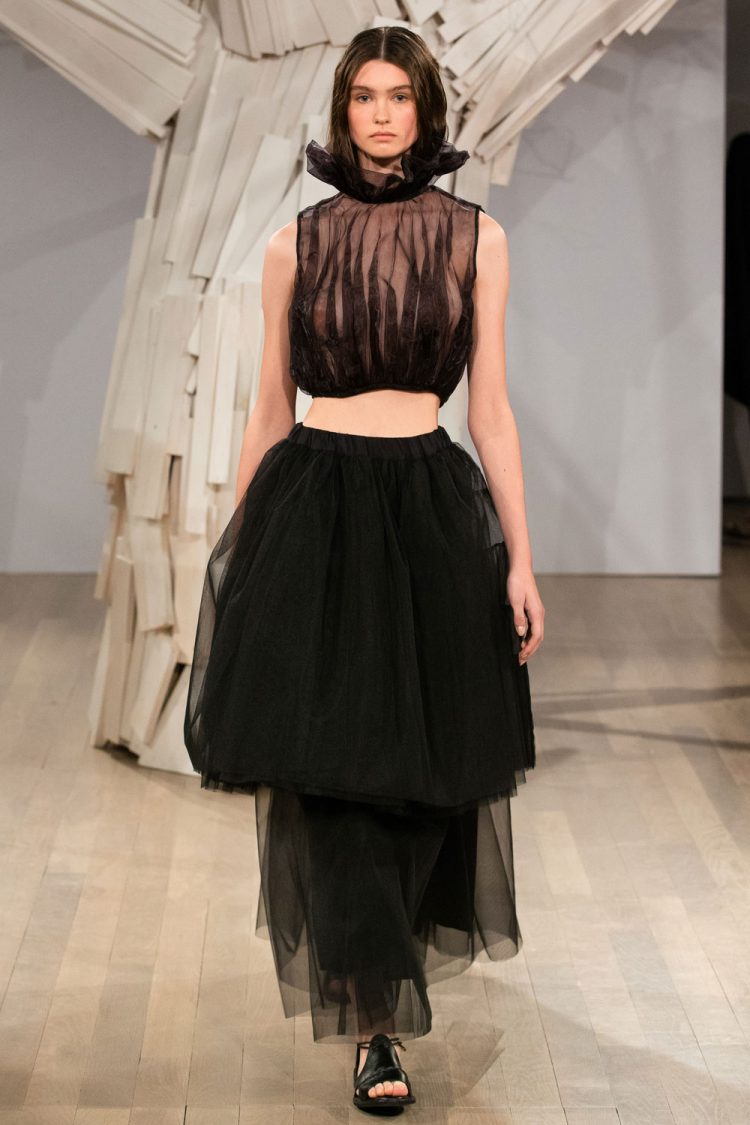 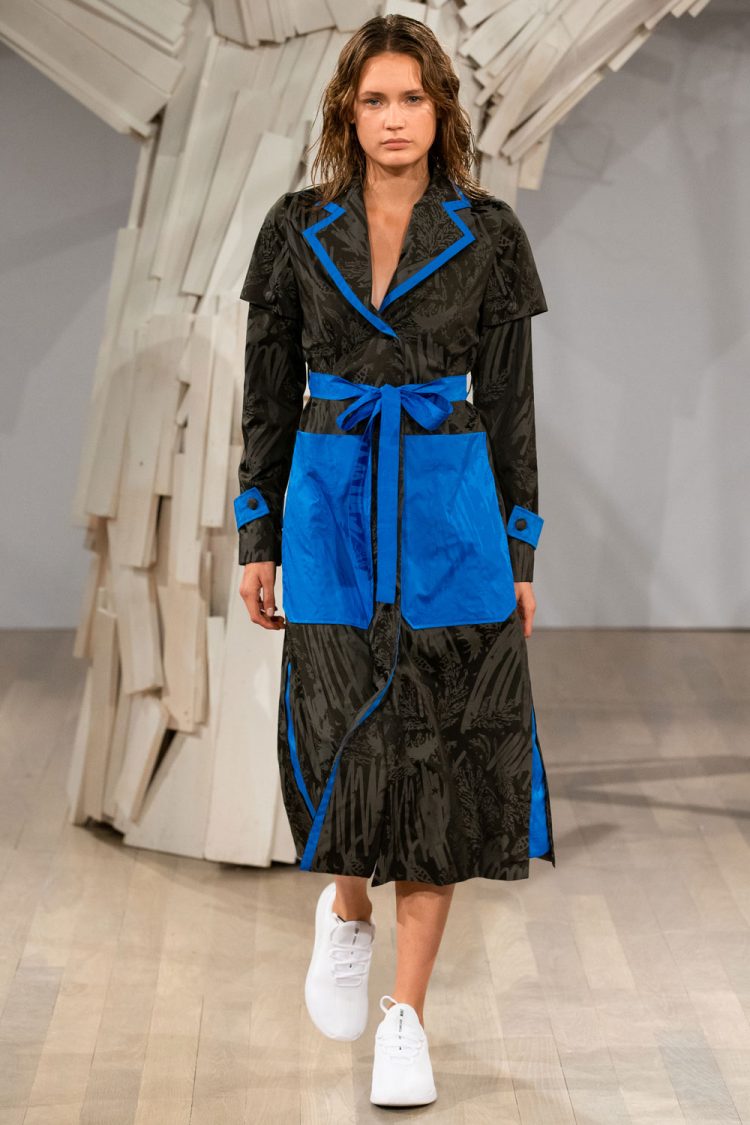 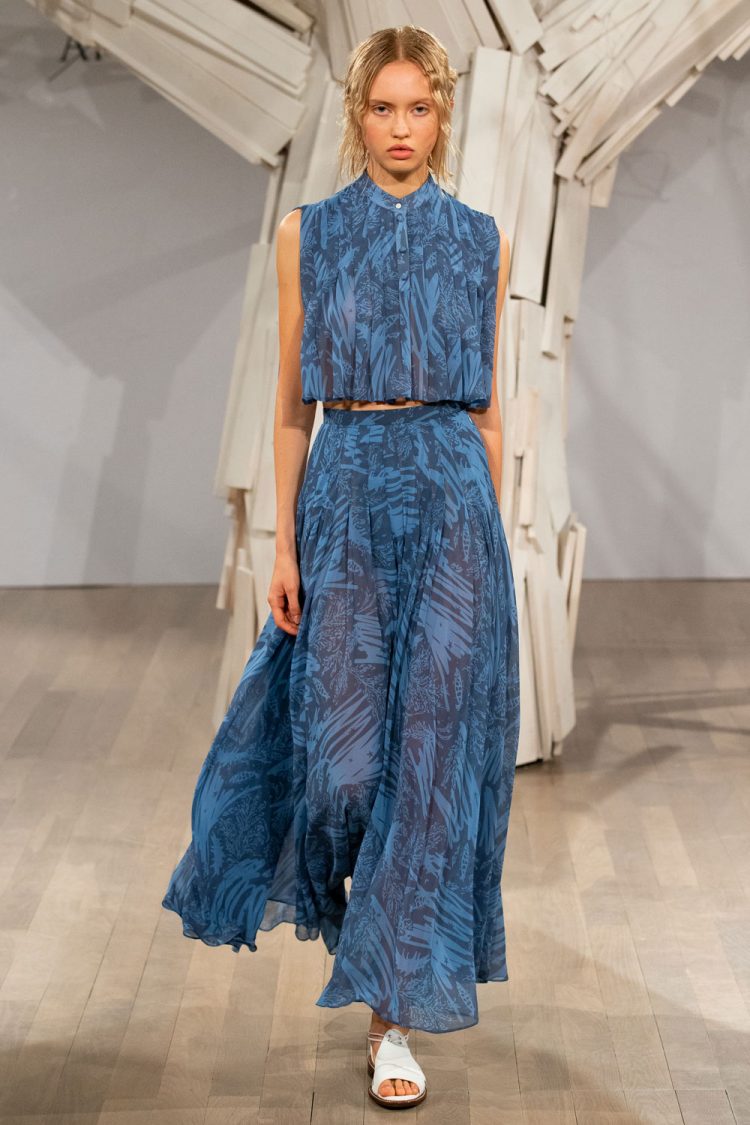 These new and old elements are threaded and fused together, allowing people to perceive in them the inexorable passage of time.

Some left behind and some vanished. 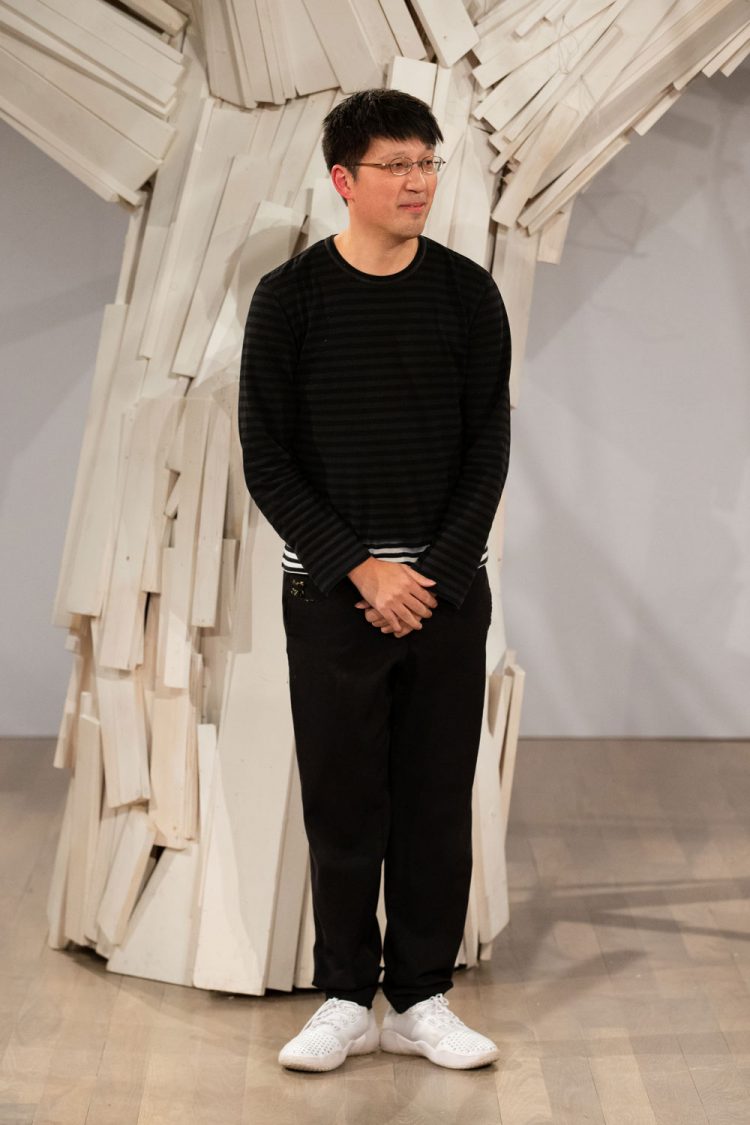 Credits: All photography by Simon Armstrong