Nostalgic folk, through to rhythmic, gutsy blues, rock and pop: Introducing Jess McAllister and her empowering latest release ‘The Bushiest Of Beards’ 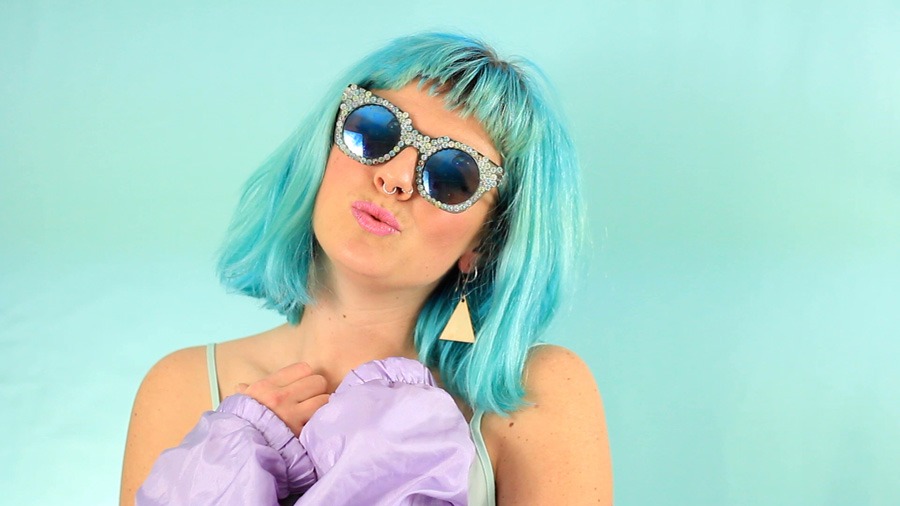 The music of Exeter based Jess McAllister spans from free-spirited, nostalgic folk, through to rhythmic, gutsy blues, rock and pop. Switching effortlessly on stage between electric guitar, banjo and piano, she blends her honey dipped vocals and her craft of songwriting with live performances filled with spontaneity, passion and pure heart.

Her latest single ‘The Bushiest Of Beards’ was released along with a video on 28th February 2021. The song is a fun revenge story, stemming from when a man with a beard bullied her for a prolonged period of her life, stripping her of all self-esteem. It is a song for anyone who has been made to feel unworthy, and although the anti-bullying nature of the track is deadly serious, the song uplifts with humour and joy.

THE VIDEO is a self shot creation, filmed and edited by Jess at home; it is visually vibrant, filled with pastel shades and colourful performances. This is not the first time Jess has created a video with a strong feminist theme behind it, she released ‘I Am A Woman’ on International Women’s Day, a surreal video shot in super slow-motion where the balloon of insecurity and self-doubt is popped, only to reveal an explosion of colour and laughter.

Courage Fear, Jess’s debut album, was released during the height of the first lockdown. The album was produced by Michael Mormecha (who also drummed on the record), and features double bass from Lukas Drinkwater, and strings from Laura McFadden and Rachel Boyd. Much of the album swells with tremolo laced electric guitar, occasionally more pounding distorted rock vibes; yet it is also peppered with folkier, more acoustic tracks and banjo numbers which bridge a gap between deep melancholy and resounding joy. Somehow this variation of styles ebbs and flows throughout the record, the different sounds juxtaposing in complete harmony.

Since March Jess has been keeping busy, balancing homeschooling with socially distanced interviews and performances, most recently with a string quartet for an online worldwide charity concert as a part of Music Feeds.

‘Courage/Fear’ is available now via Spotify and all major platforms.