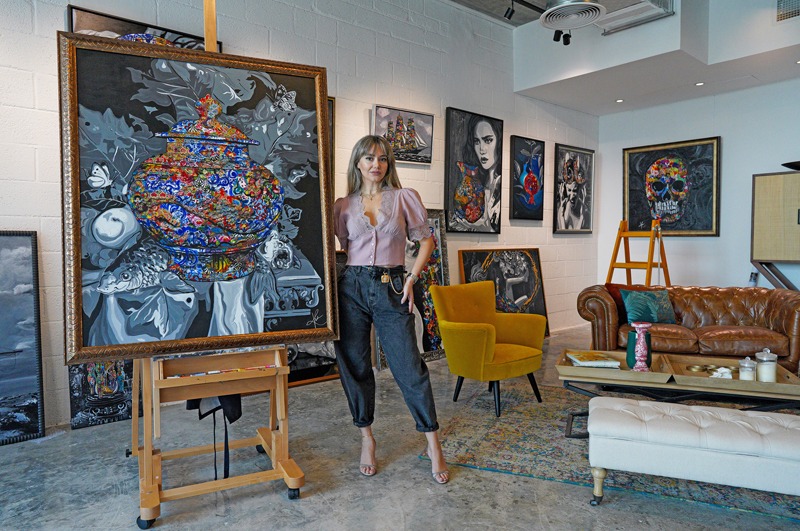 World-renowned artist and NFT art pioneer in the Middle East, Kristel Bechara announces that seven of her iconic pieces from the PSYCHOMACHIA collection have made their way to London’s Eclectic Gallery. The collection was displayed as part of a group exhibition titled Spotting the Brightness from the 7th to the 20th of June 2021.

PSYCHOMACHIA is a series of 26 paintings named after an epic poem from the 5th century AD by the Latin poet, Prudentius. Considered as one of the most influential works in medieval allegory, the themes and ideas explored in the poem are timeless with its many verses being of great relevance particularly in today’s narrative.

Inspired by the global events in 2020, these pieces reflect the artist’s interpretation of the stages experienced throughout the year while exploring the battle between good and evil and the grey areas in between. Each painting is an invitation of self-introspection and discovery through Kristel’s signature style of contrasting and communicative colours.

The series reimagines Greek mythology through Kristel’s contemporary lens, taking viewers on a journey within. The paintings portray mythological figures and fables in a new light, from a perspective that will leave the viewer asking poignant questions about life, love, values and the human condition.

Having created the revolutionary method of photographic imagery with oil, acrylic and giclée printmaking mediums to depict emotion, each of Kristel Bechara’s pieces has a story and speaks a thousand words.

Born in Lebanon and based in Dubai, Kristel Bechara is an award-winning contemporary artist who has quickly established herself as the rising star of the Middle Eastern art world. 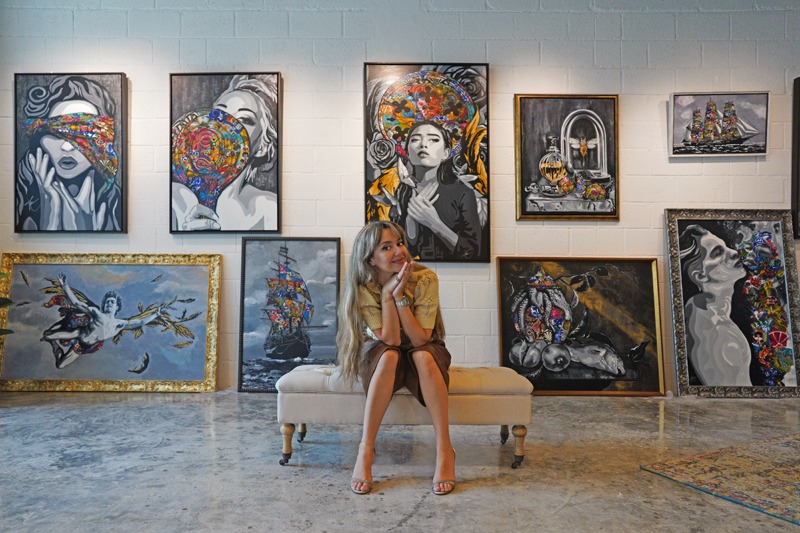 Kristel’s work has been displayed around the world to great appreciation and demand, especially from galleries in Tokyo, Milano, Brussels, and France. She has received high acclaim in UAE as well, notably winning the UAE Resident Artist Award at the 2018 World Art Dubai for her collection, Beauty in Diversity.

As a wife and mother of two, Kristel is an avid traveller who finds inspiration in exploring cities, art museums and galleries. She dedicates her mornings to creating art in her studio, while her afternoons and evenings are spent with her family.