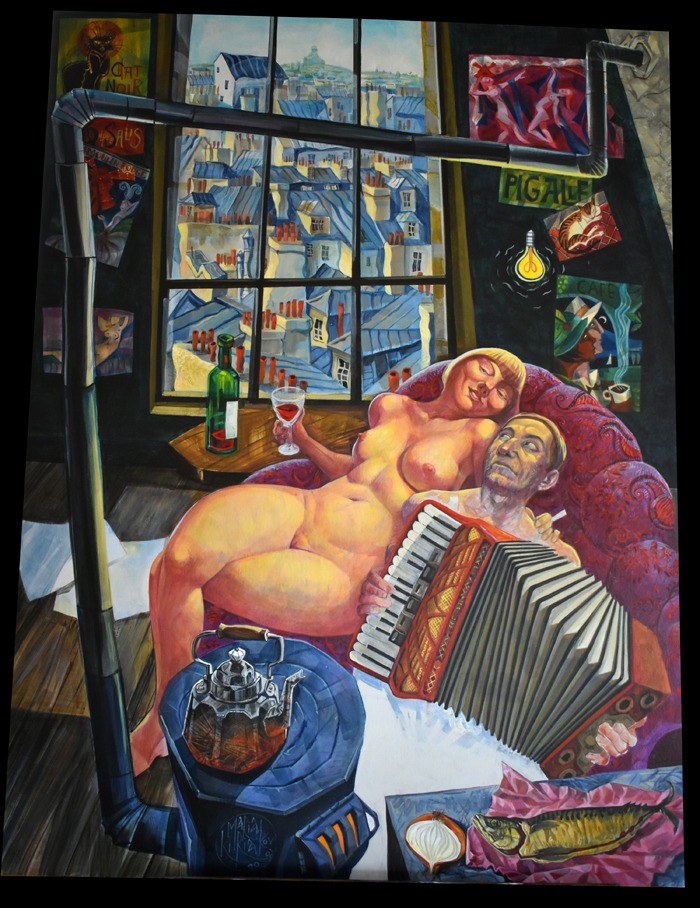 Maria Kiriakov was born in Sofia, Bulgaria, which is where she received her Master’s Degree in Mural Art from The National Art Academy. She then obtained her Magister of Arts in Painting and Graphics from the University of Applied Arts in Vienna, Austria. Upon completion of her schooling, Maria began her professional career, working as a designer of public spaces. During this time, she collaborated on major frescoes on public buildings in Hungary, Austria, and Bulgaria.

In 1994, Maria relocated to Canada with her family and began a career in the animation industry. Working as Art Director and Designer, she led teams of artists for numerous children’s television series. With a filmography of over 90 productions, she has produced work for companies including Disney, Nickelodeon, and Netflix. In tandem with her commercial work, Maria continued her artistic endeavours in the field of fine arts, occasionally producing paintings and commissions for collectors and galleries across the world.

When in the commercial art world, Maria created artworks based on the needs and interests of the industries, and diverse range of clients. In her own fine art work, she is painting purely to share her own thoughts and experiences, her interests and ideas in order to share her vision with others. Maria’s passion for art and her philosophy on creating is to focus on topics that excite and thrill her. She does not subscribe to any specific theories or trends in art, but she does respect the roots of art, the very core that is foundational to her work.

She sees the role of the artist being a multi-faceted one. Whether an artist is a poet, a philosopher, a sociologist, an ethnographer, or a psychologist – the key is to connect with and challenge the audience. That is why each of her pieces spring from a deeply emotional place, where her history dances with her imagination, and where realism and metaphysics intersect. 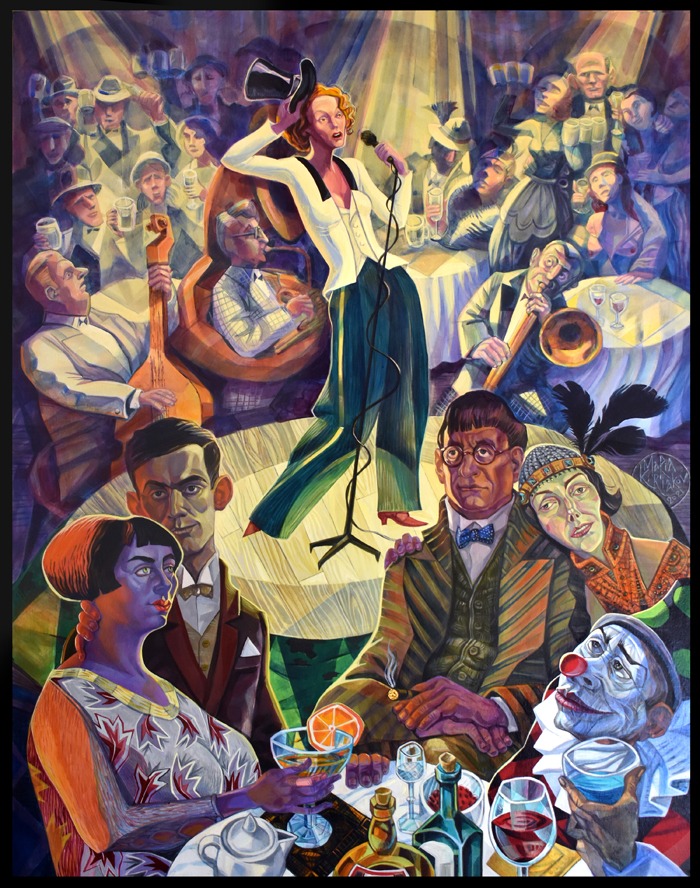 For Maria, her work explores themes of personal and cultural nostalgia, where she turns to memories of her childhood and adolescence, spent in various European countries, for inspiration. She aims to preserve cultural traditions by translating the past to the present, where Maria draws upon humanity’s collective memory in the form of the world’s historical masterpieces, which she holds in juxtaposition to modern life and the mood of her subjects. It is this dynamic perspective that gives her work such a unique style, in part because she views her projects as magical retrospectives that invite society to experience the past with the eyes of the present.

The technique Maria uses is expressive; her colours are bright and saturated. Influenced by traditional Byzantine art, Eastern Orthodox iconography and fresco, the Early Renaissance, the Vienna School of Fantastic Realism, and German Expressionism, or Orientalism, Maria’s style and approach represents the collective memory and nostalgia. While inspired by various periods and movements, Maria’s work has both a timeless, yet modern feel to them. Adding to the uniqueness of her works are the signature frames she creates for each work, which she paints or gilds, transforming them into part of the painting itself. 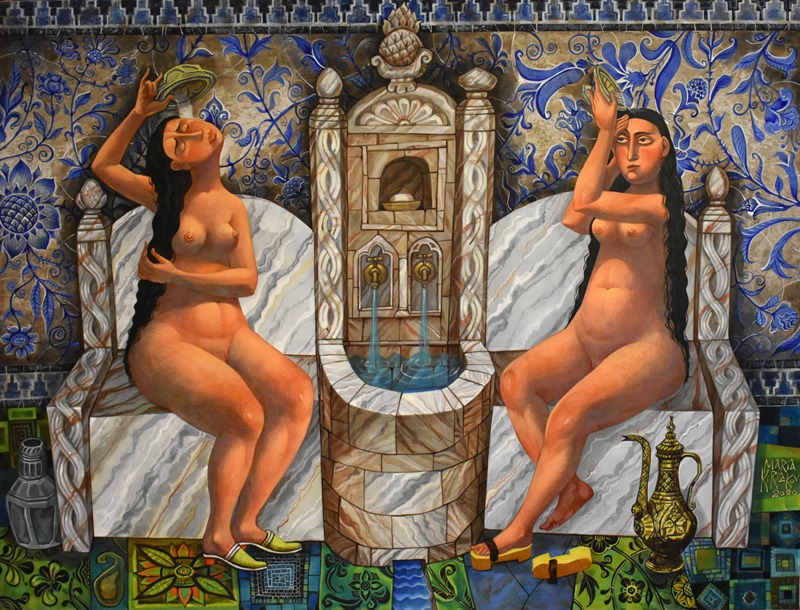 Maria’s work contains a multitude of poetic gestures and historical references that give her subjects a resonance and relevance. Her powerfully imaged, deep narrative pieces are on her website and her Instagram page. Inquiries can also be made through her agent’s website.