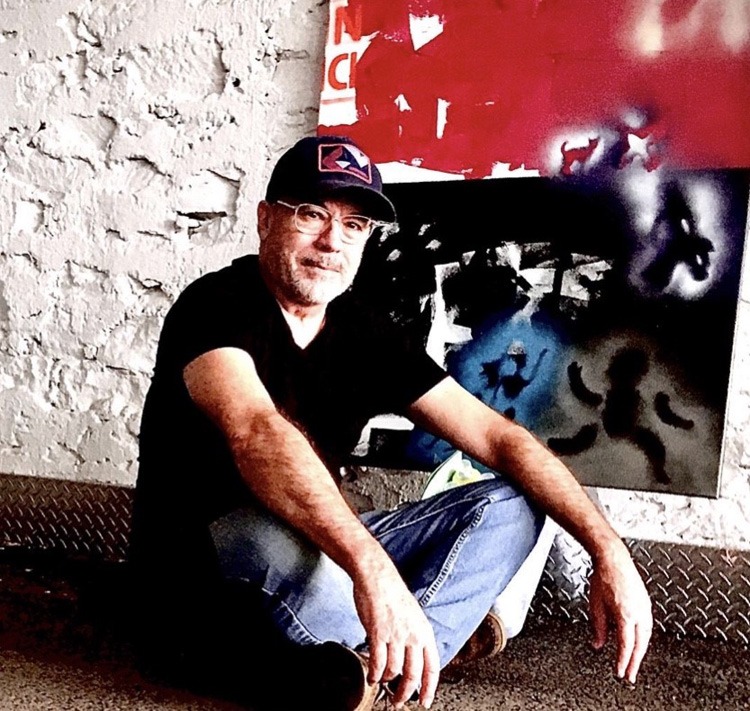 Joseph Pierre Bertrand is a French-Canadian artist. He was born in the province of Quebec and he currently resides and creates in the small town of St-Ferréol-les-Neiges. As a youngster he would enter drawing contests on television, hoping they would be shared on a well-known local television show. He was not aware at the time that none of his work was sent in by his parents. At that period in time, families’ priorities were elsewhere, and Pierre’s situation was no different.

In 1971, at the age of 12, Pierre received an oil painting set and easel from his godmother and started his first lessons, an activity which he really enjoyed. Within a few years his art was put aside, as his adolescence was marked by excess and abuse. His drawing was limited to the margins of loose-leaf sheets and the backs of his notebooks. After high school, he took a one-year course in architectural drawing where he developed discipline, and learned valuable techniques such as perspective, as well as how to use materials to create specialized effects such as sketching with China ink and creating transparency through the use of lead pencils lines. Finishing first in his class, Pierre quickly got a job in an architectural firm, which he ultimately turned down. The idea of feeling locked in a cubicle full time was not for him. Subsequently he worked for a residential development contractor, where free from a regimented schedule Pierre was able to produce hand-drawn presentation designs for clients.

Later that year he enrolled in a Territory Planning program where his knowledge of technical drawing served him well. Standing out from other students, Pierre’s teachers registered him, without his knowledge, in a competition against architect students organized by the Canadian National Railway for the redevelopment of a train station. He finished in second place in the competition. A few years later, in 1978, he obtained his certificate in administration at Laval University, allowing Pierre to focus his on new professional opportunities. While he was pursuing new career options, one thing stayed consistent – he never stopped drawing in his notebooks – reproducing residences and landscapes.

Pierre experienced success in his professional life and he was also a family man. After all the years, one thing remained, the urge to create. With that passion still burning strong, he resumed his artistic journey; one built on the uniqueness of his experiences and the mosaics of his life. His formal training in architectural drawing provides Pierre the structural and compositional sketching foundations for his work. Strongly influenced by the father of abstraction Vassily Kandinsky, by the neo-expressionist movement, and by the new German Fauvism movement of the 70s and 80s Pierre’s art is a cross between graffiti, cartoon and his inner childhood drawings. This allows him to be free from expected artistic norms and from the dogma of aesthetics imposed by advertisers as well as from other contemporary influences. The power of his work combined with the application of colours directly on to the surface of the canvas allows him to create pieces, free from restrictions, pre-set ideas and expected artistic conventions.