Filled with features, emotion and a rich narrative: ‘Trenchwave’ is the new mixtape from rapper, singer & songwriter Park Hill 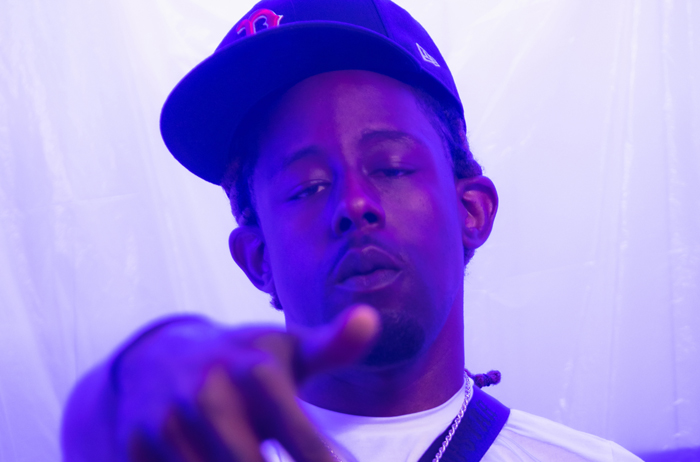 Filled with features, emotion and a rich narrative, ‘Trenchwave’ has had influence from many different angles. It intends to feed Park Hill’s rapidly growing audience and witnesses self-growth in his ability as an artist too. Hoping for his experiences to assist and encourage all his listeners.

Born in Virginia USA, raised in North West London by his Grandmother, with his mother being in and out of prison, music helped him to escape his turbulent environment. This transatlantic fusion of sounds and genres in his upbringing has led him to land on his unique and unprecedented approach to music creation. His intricate storytelling combined with his dynamic and soft melodies create a rich environment for him to thrive under, what is known as ‘Trapwave’.

A variety of producers across the project including some self-produced tracks by Park Hill. Young Chencs who produced Central Cee’s iconic ‘6 for 6’ beat blesses ‘Trenchwave’ much to the delight of Park Hill’s fans. This project takes listeners through mixed emotions, ups and downs of his journey, including re-settling into life in the UK after being away for 6 years.

Blessed with 3 singles prior to the entrance of the mixtape, M Huncho returned the favour from their previous encounter on ‘Early Morning’ already with 140,000 streams on Spotify alone. False Pretence was a distinguished track amongst Park Hill’s portfolio, with a top production from AyeTM when creating the masterpiece beat. The producer received lots of attention after his work on Lil Durk’s ‘Switched Up’ prior to the lead up to ‘Trenchwave’, Park Hill released ‘Sixers’ and a slick video to accompany the track.

‘4 A Piece’ sets the tone from the off, getting straight into it, a laid-back beat, an eerie but tasteful melody layered in the instrumental, accompanied by a clean hook and bridge. Continuing the journey of this tape, the next track ‘What I Was Praying For’ shows Park’s softer side, similar to 2021’s ‘Broken promises’, smooth vocals caress the guitar led instrumental. “To do right I had to do wrong” Park says as he opens up about his sensitive side.

Further dynamism pulling vibe back higher, ‘Audemars’ is still meaningful including anecdotal stories of his life, a sing along chorus supported by a female backing vocals brings a fresh vibe. First feature of the project comes in the track ‘Need’ with fellow Londoner Nito NB who supplies a Drill vibe to Park Hill’s trap wave style. Nito is hot off his ‘Plugged In’ with Fumez the Engineer and bringing the a satisfying hybrid of genres to this track.

One of Park’s best chorus’ in the project comes on the track ‘Helmut Lang’ with extremely inventive flows. Pure ‘Trapwave’, pure ‘Trenchwave’. The energy takes an ecstatic turn with one for the ‘House Party’, mesmerising production on this track creates a mythical sonic experience for the listener.

Taking it to the streets on ‘Social Media’, clear evidence of the transatlantic experience on the tape, with a visionary beat layered with solid Park Hill representing himself in his performance and lyrics. ‘Sunrise’ is highly listenable with lush beat and transports the vibe to an uplifting place as a listener. Relaxing but also with a soaring rhythm, maintaining the movement in the tape.

Park takes the tape to a hearty place with ‘Incapable’. Delivering a strong message in the track, he talks about his problems in relationships, his own insecurities and an honest view on a sensitive situation. Riddled with passion in both his conveyance and the musical experience. Moving onto a Park Hill musical production, ‘Lost Time’ following the same vibe as the prior track, an emotionally rich track filled with meaning.

Closing this textured and timeless body of work, Park Hill has a reflective but deeply uplifting climax. ‘Wish Me Will’ is joined by 3 features on this final track, SpenTop6, BenjiGang Ju and most notably Tizzy Stackz from the other side of the Atlantic in the US. A rich grand piano with a wholesome chord progression floats throughout the final number. It is a very poetic ending to the indulgent mixtape. 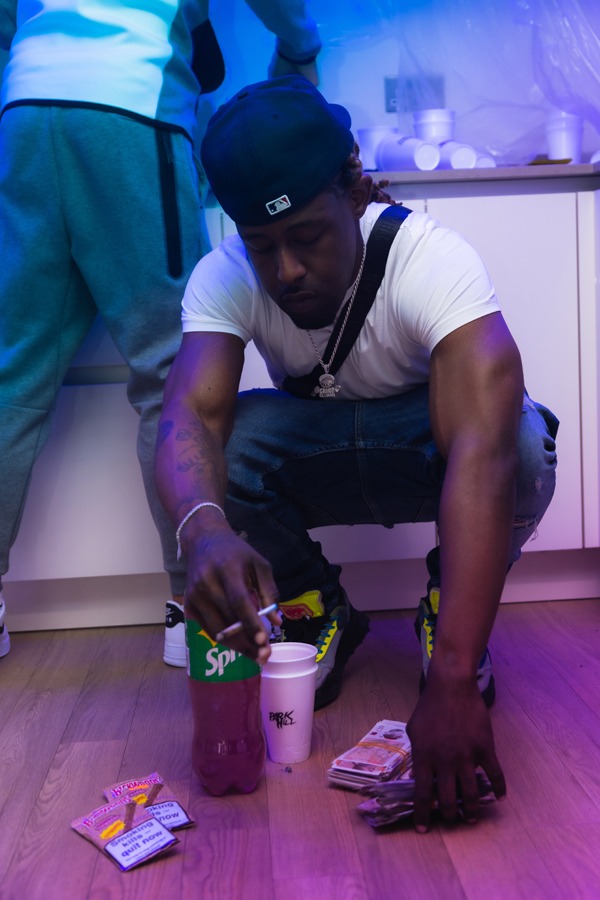 Highly regarded across the scene in the UK and USA prior to ‘Trenchwave’. M Huncho previously called on Park Hill to feature on his album ‘Utopia’, with ‘Sorry Not Sorry’ which achieved 3.4 million streams. Additionally, when he previously resided in Atlanta where he worked at 11th Street studios with big names such as Future, Travis Scott and Lil Durk, Durk signed him as his personal engineer where he also saw the scope of his talent and featured him on the track ‘Let It Rain’ from his iconic album ‘Lil Durk presents: Only the family involved, Vol. 2’ released in 2018, whilst also producing a track with Lil Durk and Kehlani.

‘Trenchwave’ is Park Hill’s third mixtape, it is also his first full project since 2019 and the content of the project gives insight into why he has not been as consistent as he would have liked. Appreciating his pain alongside his story Park Hill’s enticing outburst of creativity on this project is striking and has lived up to the bar he has set throughout his refined career.

‘Trenchwave’ is available now via all major platforms.