Blending a dark, alternative atmosphere with modern trap influences, ‘useless’ encapsulates the band’s signature emo-R&B aesthetic in its most vulnerable, purest form to date. Chopped & screwed vocal hooks, trap drum sounds and ethereal guitar tones float beneath an emotional vocal performance that twists and turns through elaborate rhythms and melodies. Lyrically, the song follows an emotional journey through feelings of being used and let down, whilst reflecting on your own self-worth and ability to not let people drag you down.

“We had that ‘so used to being used’ line forever, but nowhere to put it… It kind of summed up a lot about how I’ve felt at points. I wanted to write something about how I often find myself in the destructive cycle of letting myself be used by people and, honestly, kind of expecting it now… This whole EP is about finding your happiness, and when you treat yourself badly, you allow others to do the same. It becomes the new normal. Some people feed on that, they will use you and spit you out. Our self-realisation came in the line “I love you, but it’s not enough” – it’s never enough to just love someone, you need to love yourself too. What’s that Perks of Being a Wallflower quote? We accept the love we think we deserve? Yeah that’s pretty good too… Thanks John Green.” 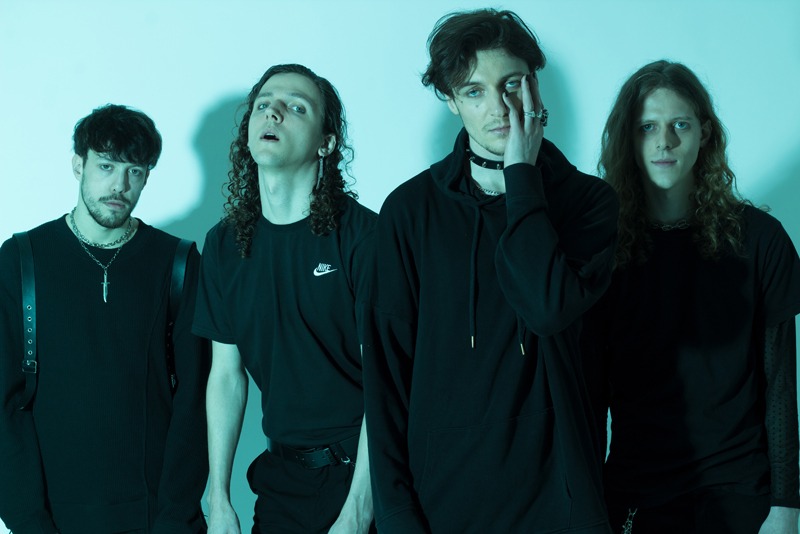 The Post Romantics (formed of brothers Connor Cockbain, Cameron Cockbain and Liam Cockbain along with their childhood friend, Sam Barton) sound quite unlike anything in the scene they grew up in; finding solace in the darker aesthetic of artists such as The Weeknd, Massive Attack and Metallica. Eventually coming together to write as The Post Romantics, their sound culminated in a genre-defying blend of vicious guitar riffs, heavy trap-infused drums beats and sultry R&B vocal melodies that form a unique brand of emo-R&B.

Aided by their mesmerising live shows, the band grew locally and cut their teeth supporting the likes of Wolf Alice, Larkins and Hacktivist, before selling out their own headline shows in Liverpool and London. After working with Liverpool producers Al Groves (Bring Me The Horizon) and Sugar House (Pale Waves), the band have since been championed by Kerrang!, 6Music and made this year’s BBC Introducing ‘Hot List for Reading + Leeds’. Kerrang! Radio’s Featured Artist of the Week.

‘useless’ is available now via all major platforms.