Rising R&B singer-songwriter Jourdin Pauline stuns with a tantalizing new music video delivery for her latest single ‘Spiral’. The sultry visual focuses on a glamorously alluring Jourdin who poses as an exotic dancer dripping with sex-appeal and an enchanting confidence that leaves all the guys spellbound. Her record ‘Spiral,’ which originally released back on April 6th, oozes with pop-tinged, R&B-inspired melodies and her notable airy vocals.

“Spiral is probably one of my favorite songs out right now. Making the video was so much fun and it was surreal seeing my amazing team come together to make my vision come true.” – Jourdin Pauline

‘Spiral’ is the third single off Jourdin’s forthcoming EP, Love Songs About Nobody, set to release later this year. The project will serve as her full introduction as an artist and a message to fans that they are never alone. Her past singles ‘Whet’, ‘Big Bandz’, and ‘Hey Hi’ have all garnered buzz after being placed in a multitude of film and TV shows including ABC’s Grownish , Netflix’s 13 Reasons Why, Sneakerheadz and #blackAF , and Paradise Lost.

Jourdin was born to be a performer. With dreams of becoming a singer/actress, she studied musical theatre and performing arts at the world-renowned school South Bay Conservatory. Jourdin sought to further expand her horizons, taking piano and vocal lessons, and learning the art of songwriting. She has been able to captivate audiences around the world, writing songs that have been featured on television shows like Ant Farm, Shake it Up (Disney Channel), Love and Hip Hop (VH1), America’s Next Top Model (CW), Bad Girls Club (Oxygen), Keeping up with the Kardashians (E!), CSI Miami (CBS) and The Last OG (TBS). 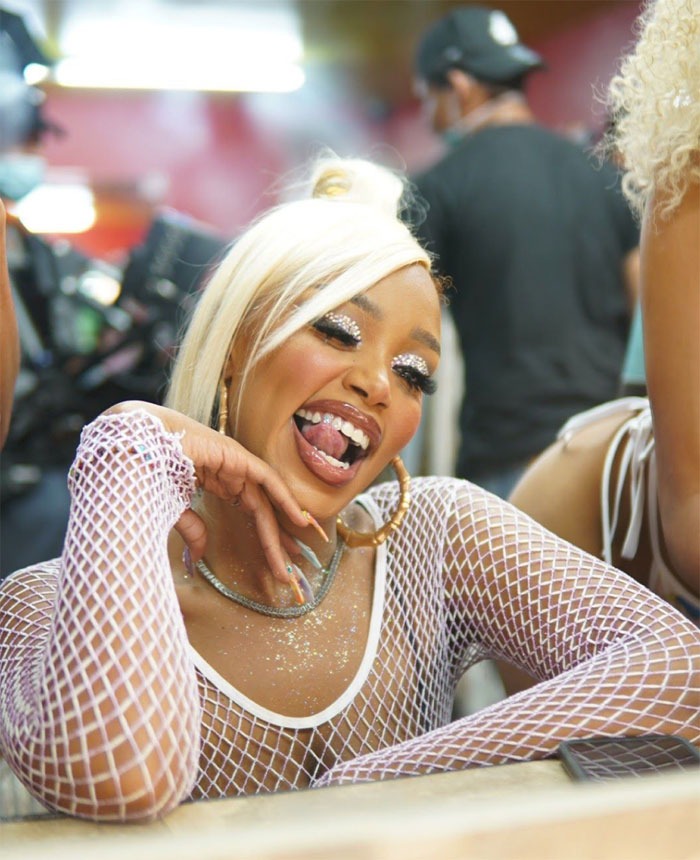 Jourdin is a strong believer in philanthropy, using the power of her voice to make a difference in her community. She has been involved with A.W.A.R.H.E. (Artists Wanting AIDS and HIV Related Education) performing to raise AIDS awareness. With her breathtaking voice, stunning beauty, and philanthropic ways, Jourdin Pauline is taking the music world by storm.

Jourdin Pauline is an all-around entertainer and continues to build a strong fan base with her remarkable charisma and stage presence.

‘Spiral’ is available now via all major platforms.