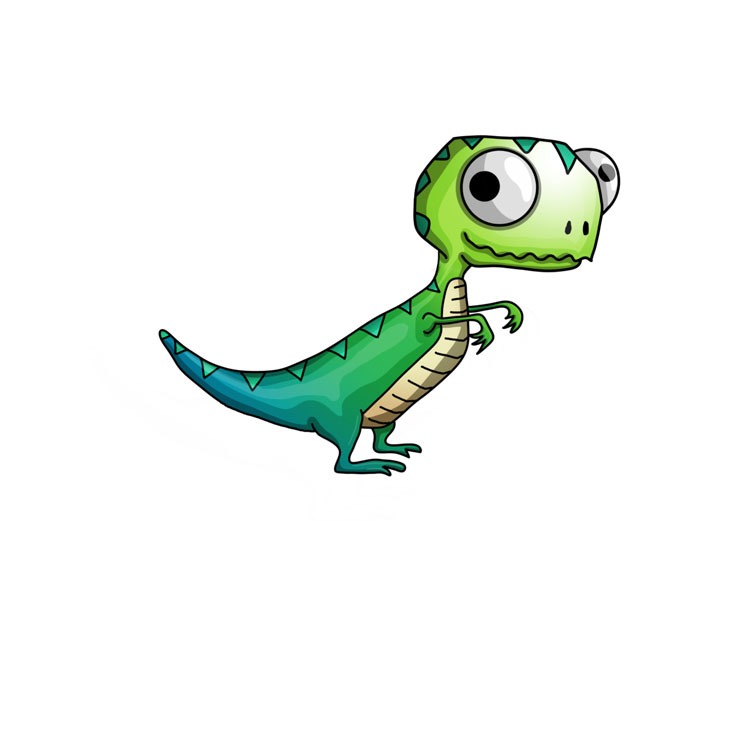 Eric Little (aka critterheist) grew up with his three brothers in the countryside of southern Ontario in Canada. Unlike his classmates, whose families generally owned farmland, Eric’s family lived in a log house in a hardwood forest. This environment allowed Eric and his brothers to spend their childhoods outside exploring nature. They would catch and release a myriad of different creatures over the course of their youth – insects, amphibians, reptiles, birds, and mammals. The larger animals were caught strictly for rehabilitation, such as a large great-horned owl suffering a severe infection after a run-in with a porcupine. From a young age Eric learned to empathize with animals, particularly those vulnerable to the impact of humans.

Eric’s parents encouraged creativity. His family would take a couple of canoe trips each summer. Before setting off, his parents would give Eric and his brothers sketchbooks and pencils. It was not uncommon to see larger mammals like deer, moose, and even bears on the drive up to the provincial parks. However, while other tourists would stop their vehicles to snap photos with their children, Eric’s parents would have their sons draw the subjects, capturing the animals in the sketchbooks.

Currently Eric works in data and analytics in downtown Toronto, Canada for a large financial institution – a far cry from his humble, woodland beginnings. However, the analytic skills he has learned are becoming increasingly important in the wildlife arena, so Eric is supporting causes aligned with wildlife, sustainability, and conservation. Combining his passion for animal rights advocacy along with the art skills he developed as a child, Eric has started a whole series to raise awareness about wildlife preservation.

Originally Eric drew prehistoric creations; born out of an interest in extinction. His artwork was originally labelled “The Extincts”. The more Eric researched and drew extinct creatures, the more he took note of the unique characteristics each one evolved in order to survive. While the thought of the dinosaurs’ mass extinction is a sad one, Eric finds the notion of recent and future exterminations at the hands of humans even more distressing. To that end, Eric widened the scope of his work to include all creatures – extinct, endangered, and otherwise. In wildlife conservation, there is a term designated to those creatures that possess charm or charisma in the eyes of humans – flagship species. Through his work, Eric wants to highlight the intrinsic value of all creatures, regardless of their appeal to humans.

Ironically, when Eric sketches, he strive for realism; however, his critter creations are really seen through the eyes of his inner child. As a youngster, the manner in which he measured the world around him was very different than it is today – experiences and events were measured by exploration and discovery, rather than by dollars and cents. Eric strives for his creations to capture the same fascination he had with the natural world when he was a child – before he was taught an alternative perception of value. Eric wants his art to appeal to all ages – children and adults, alike. He infuses each critter with colour and personality in an effort to forge a connection, and hopefully, develop or further a value proposition for the viewer. His intent is that his designs can spark even the faintest change in the hearts of people who would otherwise find animals like anglerfish, snakes, crabs, and crocodiles to be strange, ugly, or scary.

Eric’s art is obviously inspired by the natural world. Clearly the eyes of his critters are their most exaggerated features! Eric’s critters are somewhat inspired by famed artist Margaret Keane, who, struggling with her hearing, learned to watch the eyes of her subjects in order to understand them. By emphasizing the eyes of his creations, Eric hopes the largely unheard messages of illegal poaching, climate change, and habitat destruction will transcend the viewer-canvas threshold. As the adage goes, “the eyes are the windows to the soul.” Not surprisingly, some of Eric’s favourite influencers in the wild already have giant eyes: the eyes of the blunt-headed tree snake make up more than 25% of its entire head; a single eye of a tarsier is larger than its brain; and the disproportionally large eyes of the net-casting spider give it night-vision 12 times more powerful than that of any human.

Eric’s work to support his goal to raise awareness about extinction and endangered animals can be seen on his Instagram page.