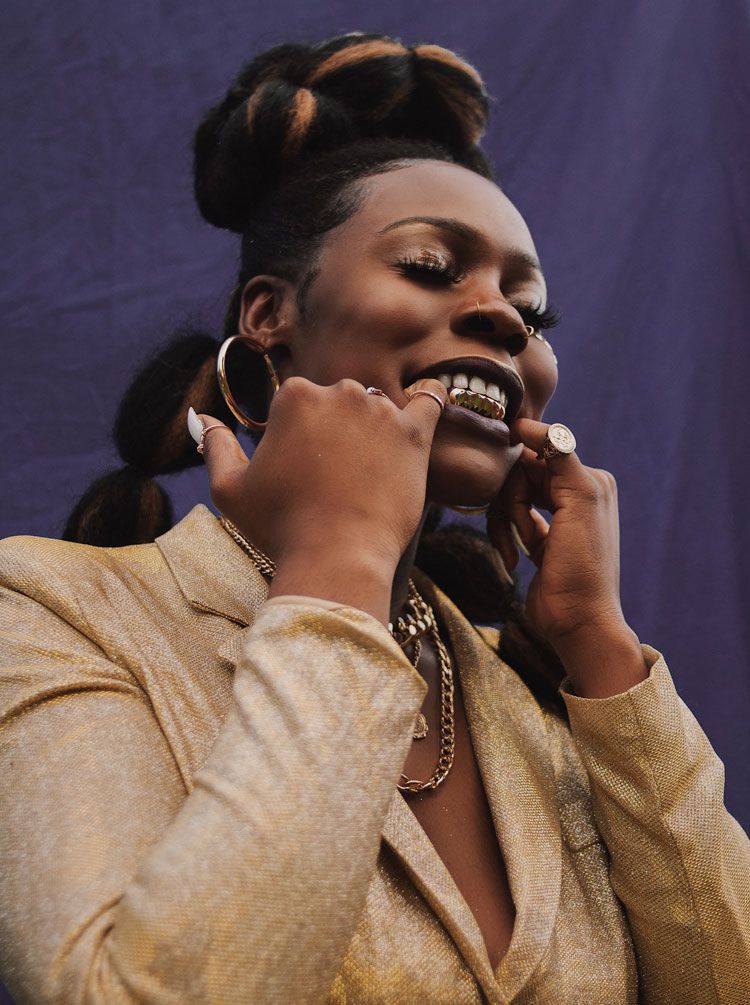 Shaé Universe is a Nigerian-born British singer-songwriter who moved to the UK at the age of 4. Having grown up surrounded by the sounds of soul and gospel music, Shaé now cites the likes of Erykah Badu, Jazmine Sullivan and Brandy as key influences that helped shape her musical journey. The American Theatre graduate has since made waves in the UK music scene, with notable collaborations including Etta Bond, Kojo Funds, Ms Banks and Kojey Radical. She’s also had online recognition from the likes of Chance The Rapper, Stormzy and Tory Lanez.

I started singing in the church choir from a very young age and that initially sparked my love for music and melodies.

Your latest release ‘Levels’ is out now. Can you please describe the creative process and explain the meaning behind the single and video?

The creative process for ‘Levels’ was super easy because the emotions were fresh at the time. I’d learned of some catty behaviour amongst industry individuals and it pissed me off. So I channelled that energy & ended up writing ‘Levels’. Sometimes the best way to address haters is just to level up.

When I have bad days I practice gratitude. It sounds weird, and it is hard sometimes, but I’ve learned that no matter how bad I feel about any situation in life there’s always things to be grateful for. So I try to keep my focus on that, and it helps me.

The most meaningful song I’ve written is called ‘Rage’. It’s not out yet and I’m not sure when I want to release it but when I do it will be explosive. The song was written in a moment of paralyzing rage regarding the injustices that continue to take place against black people until today. When I release this song it will be alongside a short film.

Definitely! I remember being on stage at Twickenham Stadium (82,000 capacity), opening for Eminem and just feeling like I wasn’t even on earth. The energy of the crowd was indescribable. Exhilarating beyond belief. That was definitely a wow moment for me.

I would say be sure of who you are and what you want to achieve. A personal sense of direction is crucial in this career because if you don’t know where you want to go, industry professionals will decide that for you and ultimately, most are interested in their own advancement first.

More singles and fire visuals, my own headline show, tours, lots of travelling, money and progression 🙂

I learnt how to protect my peace.

I just want to say thank you to everyone that has ever supported me up until this point. Things are about to turn all the way up and I’m beyond grateful for the patience and belief thus far.

‘Levels’ is available now via all major platforms.