Delivering a message of truth: Introducing emerging singer-songwriter Esmeralda and her powerful debut release ‘Letter to the Home Office’

Esmeralda delivers the truth in this powerful new single ‘Letter to the Home Office’. An RnB/Pop force to be reckoned with, and dedicated to influencing change, Esmeralda is a young yet wise artist whose refreshing voice tells the story of families having to be split up at border control. An emotional topic, but with a need to discuss love in today’s contemporary society, this single kicks off the momentum of empowering people to value and respect each other. An ultimately positive message, and a song everybody can appreciate, Esmeralda’s strong lyrics and stunning voice will make you want to hear more as well as think harder!

Esmeralda is a naturally gifted storyteller blessed with unfiltered singing talent, and song writing ability that is purely mesmerizing. Born in Birmingham, England, in 2002, she began singing at the tender age of 6 and steadily gravitated to become a motivational storyteller. Versed within the genres of RnB and Pop, she is Influenced by artists such as Rita Ora, Mabel, Kehlani and Jhene Aiko. Refining her skills and talents over the years, Esmeralda’s dark, thought provoking, musical compositions are incandescently complemented by her huge personality. 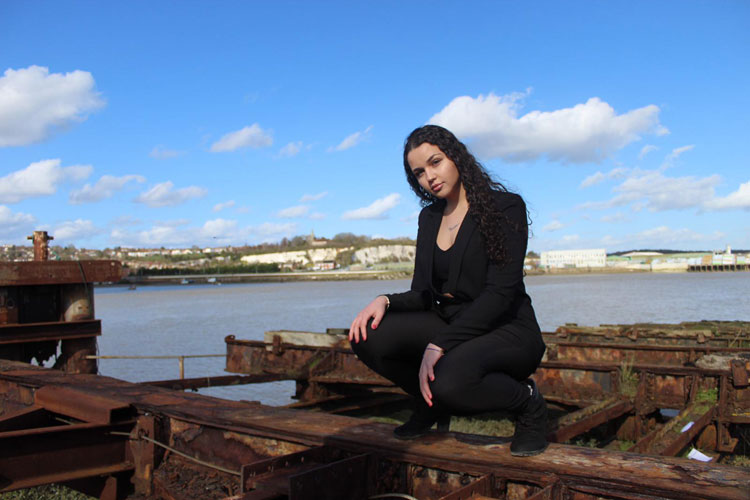 Developing her style on stage with several live performances at open mics, and carnivals, she is determined to propel her artistry to the next level. Using her unadulterated lyrically sound talent to touch the hearts of people, she hopes to spread her message of positivity by taking on intimate and personal topics.

‘Letter to the Home Office’ is available now via all major platforms.