A dreamy, minimal synthpop number: ‘Weightless’ is the first in a trilogy of singles planned for release by the emerging artist Eden Hunter 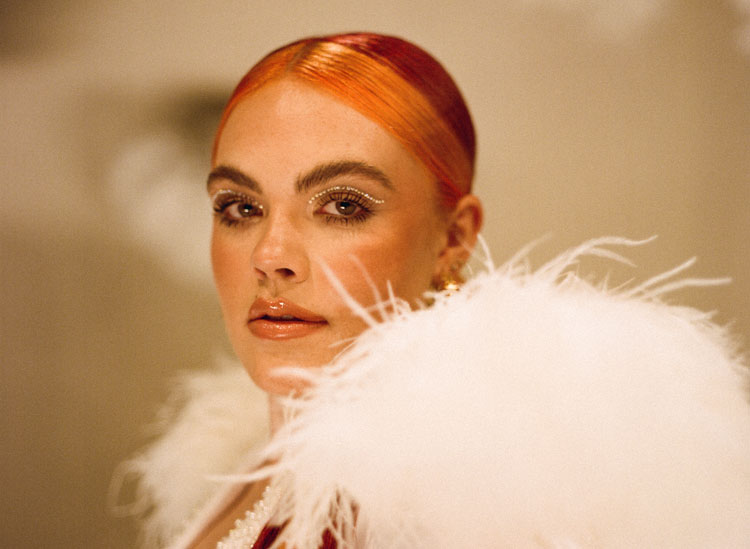 After holding herself back for years, British songbird Eden Hunter is finally ready to fully immerse herself into the UK music scene with her first official single: ‘Weightless’, released independently via AWAL.

A dreamy, minimal synthpop number, ‘Weightless’ is the first in a trilogy of singles planned for release by the emerging twenty-year-old artist. Merging staccato synth pops with bubbling pads and a snap-driven beat, Hunter’s airy vocals float above the laid-back production for a truly ethereal atmosphere. In the accompanying, independently produced ‘Weightless’ music video, Hunter serves a full ‘00s popstar fantasy by effortlessly delivering slick choreography with a posse of dancers to bring her chill track to life.

Speaking about ‘Weightless’, Eden shared the following: Weightless is the absence of pressure and a feeling of freedom. I wrote it at a vulnerable time in my life; I am always someone who has had a plan and knows what is coming next, but I felt at a really awkward in-between. I couldn’t seem to find a balance in anything and when I explained it to my friend Tom, he gave me the biggest cuddle and held me and it made me feel safe and ‘weightless’. I felt like I was looking for clarity in something that I didn’t realise was as simple as a hug.

Although on first listen one might assume Hunter is speaking about romance in her songs, Hunter’s music actually explores platonic relationships. Reasoning that as she has never been in love would mean that she can’t create authentic art, all of Hunter’s music is only written from the perspective of when she has personally experienced something:

“My songs have really genuine, raw messages. None of my music I write for my own artist project is about being in love. It’s about friendship, hardship, happiness, drive, intuition. I can write about being loved and loving someone, but being in love is something very different.”

Eden has been working tirelessly to put herself out there over the last few years, building a growing yet loyal following by performing at countless showcases around the UK in venues including O2 Academy Islington and Putney’s The Half-Moon. Eventually finding herself in sessions with some of the industry’s biggest labels, Hunter decided to go at it alone and finally felt the time was right to independently share her original creations with the world:

“As a young female in the music industry, I have found it is really hard to be taken seriously. In such a straight, male-dominated industry, I think people find it hard to understand exactly what is going on because I’m not writing about feeling heartbroken.”

The young artist has found herself attracting a predominantly LGBT+ crowd with her performances, including a following of notable British drag queens, and has been ingraining herself into LGBT+ culture: “Most of my life I never felt as though I slotted into a mould that I didn’t have an influence in making. In queer culture there is no mould. People that aren’t afraid, people who know what feels right in their hearts and that’s me.” Describing her style as “very costume inspired and influenced by androgynous and camp icons”, Eden attributes a lot of her main influences artistically and musically from a lot of camp culture: Lady Gaga, Elton John, Freddie Mercury, Bowie, Cher, Alexander McQueen, Bob Mackie. 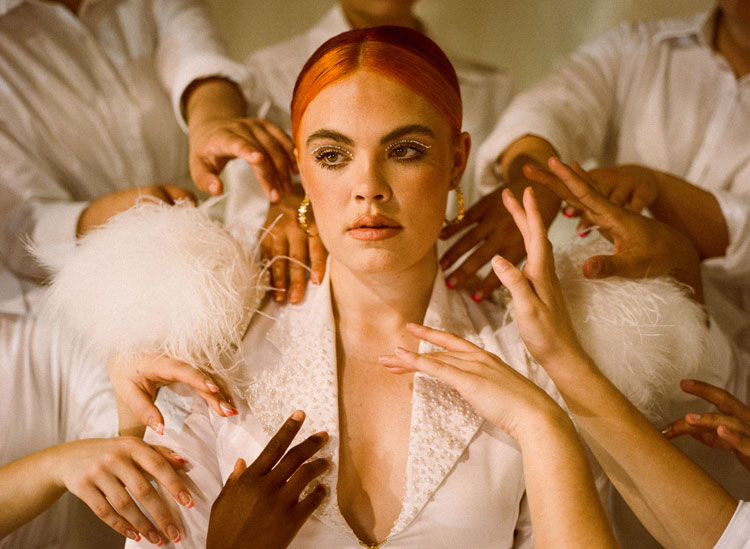 In support of the Elton John AIDS Foundation, Eden will be marking the launch of ‘Weightless’ with a headlining show at London’s Bush Hall in Shephard’s Bush on Oct 20th – tickets are available here.

Only at the start of her career, Eden Hunter is already proving herself to be a fiercely unique artistical prospect, aiming to deliver pop bops with substance – stay tuned for more from this promising young artist.