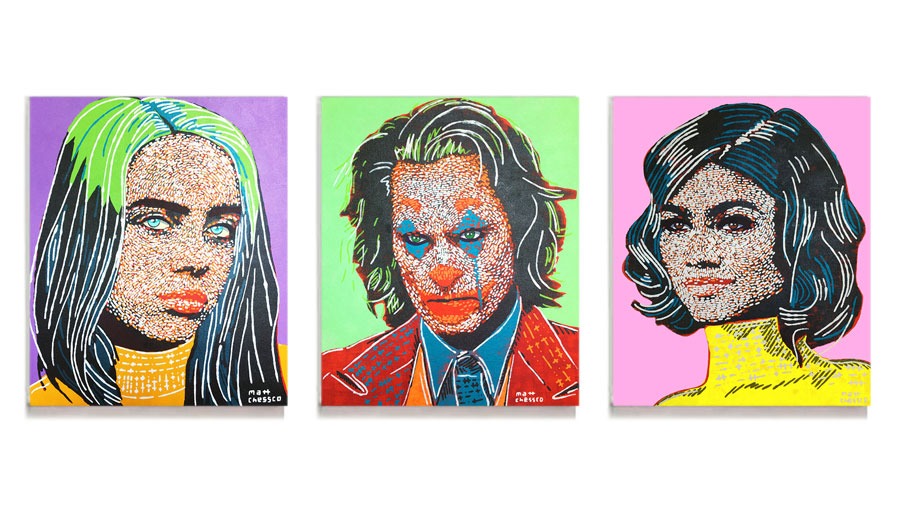 Matt Chessco was born in Toronto, Canada and grew up in Montreal, Canada. Art played a role in his life from a very young age. Matt was five when he went to the Montreal Museum of Fine Arts with his grandparents. As they explored the exhibitions, they came across several artworks of Jackson Pollock. Matt can still vividly remember the specific works and how they were placed around the room. It was then that Matt realized art can take all sorts of forms. From that day on the first thing Matt would do when he entered his home was to grab pencils and paper and draw.

After completing high school, Matt was not sure what direction he wanted to go with his life. While he had many passions including mechanical engineering, 3D animation and science, he could not choose one on which to focus. After meeting with a guidance counselor who suggested industrial design, he decided to pursue that path without knowing much about it and without seriously analyzing his other options.

He studied industrial design for three years, almost dropping out half-way through, before getting his diploma. While he could have started working in the field immediately upon graduating, Matt felt that something was missing and so he went to university for mechanical engineering. Three years into his program he realized that he did not want to become an engineer and so he left school. After convincing from his family he went back to university and got his degree. Within days of writing his last exam, Matt started a career in the field of mechanical engineering. Less than a week into his career and in spite of it being interesting, Matt felt that this was not was he was meant to do. It was at that point, that Matt decided he wanted to become an artist.

At that time, Matt’s artistic style was barely defined and he hadn’t sold any artwork. In the weeks and months that followed, he started painting. To pay the bills, he learned Photoshop and worked on graphic design contracts on the side. He was not making a lot of money and he was spending all of his time in a small bedroom trying to create artwork that he loved. With the people in his life concerned about him and making suggestions as to his next steps, Matt made the decision to move away from his family and friends. He wanted to be able to focus on his art, his passion, without having doubts put in his mind. In August of 2019, he took a leap of faith and moved to Vancouver, Canada. 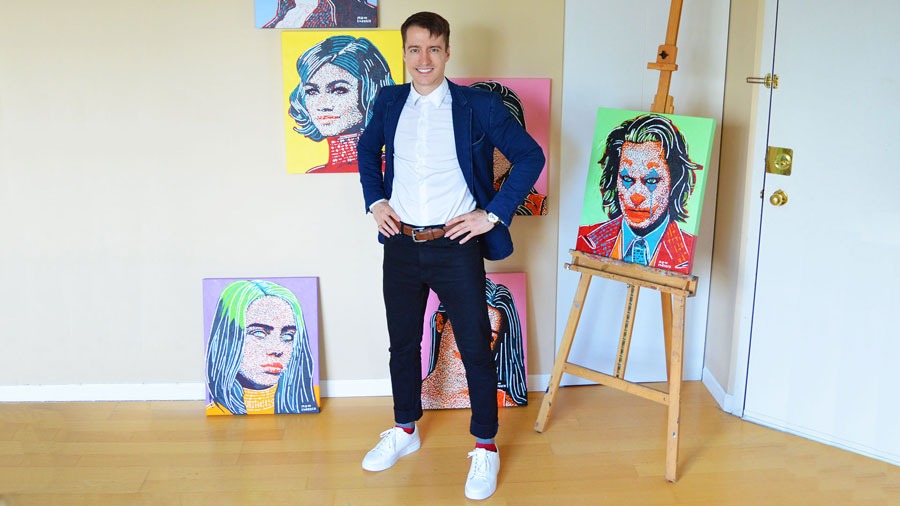 Matt started painting right away while he continued taking on graphic design contracts to pay his bills. It was not until January of this year, that Matt created his first painting, one where he felt satisfied with his work. It was at that point where he stopped taking on graphic design contracts and began to fully concentrate on his passion. In the weeks that followed, he started making TikTok videos and sharing his work on social media. He rapidly received a lot of views, engagement, and fans. By May he has already had dozens of art commissions, more than 350 000 followers on TikTok, plus several partnerships with brands who want him to promote their products.

Inspired by Andy Warhol, Matt’s work is a harmonious balance between expressionism, pop art, and pointillism (dot art). To make his work more appealing he likes to use bright colours, as he believes that they impact people’s emotions and moods. Like many artists, he is influenced by everything he encounters in his daily life. Every figure he paints also influences his work. Before putting paint to canvas, Matt enjoys studying and understanding the person he is about to paint.

Matt’s hopes that his colourful artwork will have two major impacts on the world. First, he wants people to realize that they can bring joy to their lives with colour. He recognizes that humans, are highly influenced by their environment. By surrounding oneself with positive things like colourful paintings, people can easily increase their level of happiness. He also hopes to inspire others to listen to their instincts instead of listening to others. Matt studied industrial design and mechanical engineering because he wanted to satisfy others instead of following his dreams and listening to his inner voice. His golden rule is that “if what one is doing does not feel right, it probably is not”.

To see more of Matt’s colourful work you can view his gallery via his website and social media pages: Instagram and TikTok.