Taken from his highly anticipated debut EP ‘Virtually Everything Means Nothing’, ‘Scars’ is the lead single and latest release from RESPONS 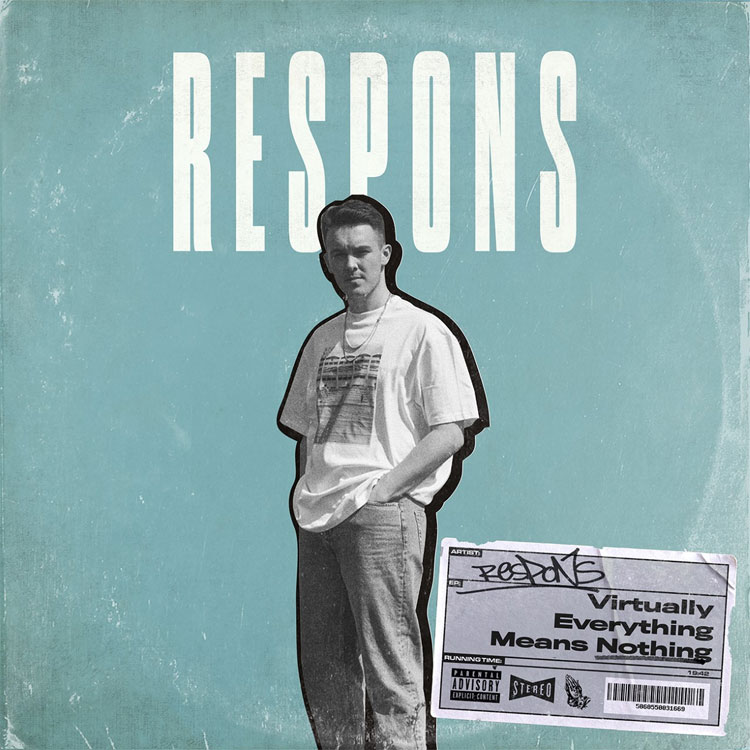 Following a strong emergence onto the scene with his debut release ‘Therapy’, rising singer / rapper RESPONS unveils his highly anticipated EP release ‘Virtually Everything Means Nothing’.

Continuing with the strong intent and consistent work ethic that has remained with him throughout his career to date, the EP track list includes previously released singles ‘Therapy’, ‘Hate Me’ and ‘Pray for Change’, as well as lead single ‘Scars’ and the striking offering ‘Blood Red’.

Further displaying his undeniable flair and creativity within his craft, RESPONS accompanies the ‘Scars’ release with a distinctive and topical visual, which was filmed during isolation. With his strong passion and advocacy for mental health awareness present within his music, as he effortlessly delivers messages of unity with his art, the emerging artist remains open with his thoughts and feelings, encouraging young people to do the same – a truly refreshing trait to see.

Speaking on the track, he said: “Scars is just a song about two situations I had to deal with this year with my family. It’s a positive and empowering look on the scars that everyone has. Scars shape who we are today.”

‘Virtually Everything Means Nothing’ serves as an introductory project perfectly capturing RESPONS’ growth as a newcomer, whilst also demonstrating the many sides to his versatile and strong-minded artistry, resulting in an accomplished body of work.

Speaking on the project, he said:

“I had this title saved in my notes on my iPhone for ages. I look at the world virtual in two ways, like in one way it is the virtual world/reality of social media and the internet, but on the other hand it just means “almost.” The project opens up about mental health, so you can really read this as, “Virtually…everything means nothing,” because everything on social media and all that is a load of bollocks. Or, you can look at it like “almost everything means nothing” when you hit that low place where almost everything is dark.”

‘Virtually Everything Means Nothing’ is available now via all major platforms.