Sage Harris has been engaged in music his whole life; singing since the age of five and dancing since the age of eleven. Over the years releasing music, he’s been cited for his broad vocal range, unique writing style and love for dancing. Yes, he’s a classic triple-threat. 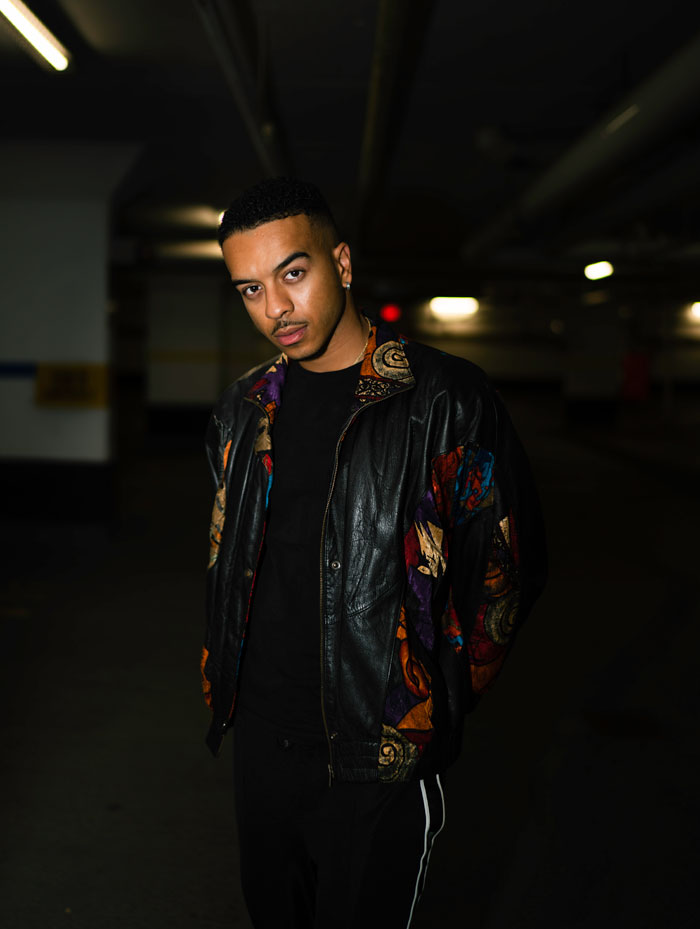 Some of his most notable performances include the Harry Jerome Awards for the Mayor of Toronto and Prime Minister of Canada, his sold-out headline concert with Red Bull Canada and ICON Events and a performance at the collision tech conference on behalf of BMO Canada.

Earlier this year Sage released his debut EP, titled Prince Hills, where he also unofficially broke a world record for being the first R&B artist to sing upside down. His new elevated sounds can be heard on countless radio stations and streaming platforms worldwide accumulating over 3 million streams and counting.

I joined a boys choir in grade 6 and was told how unique my voice was. My mom is also a music lover. She played a lot of Luther Vandross and watched American Idol all the time.

My versatility in sound selection and range. I enjoy exploring different sounds to see how I can keep pushing my creative limits. I also produce, direct, write, engineer, colour grade, edit, mix, and design my work. I’m all about investing in myself and knowing all the moving parts.

Your latest release ‘Let Me Know’ featuring Jagged Edge is out now. How did this collaboration come about? Please describe the creative process and inspiration behind the project?

2 years ago, I met Brian Casey through a good friend of mine Markus Burns (a producer of The Real Housewives Of Atlanta). From there, our relationship developed really organically which led me to sending over a song I sampled after being a fan.

We know that song as ‘Where the Party At’ featuring Nelly. They heard the record, loved it and sent it back. Their instant support made me really happy.

I would say ‘Meds’. I was in a really vulnerable place when I created that song. Really honest state of mind. It’s about looking for love in all the wrong places, which sometimes leads to an addiction to love, a drug with serious consequences.

To never give up and be persistent! Nothing happens overnight. Took me years to get where I am today and I’m nowhere near where I want to be.

My second EP is coming out early 2022! Be on the lookout for that. I would love to do more live performances and continue to connect with more people around the world. Live performances are my favourite thing about being an artist because the stage feels like the only place I can see in real time how my fans connect with my music.

‘Let Me Know’ is available now via all major platforms, and make sure you check out the ‘Prince Hills’ EP.