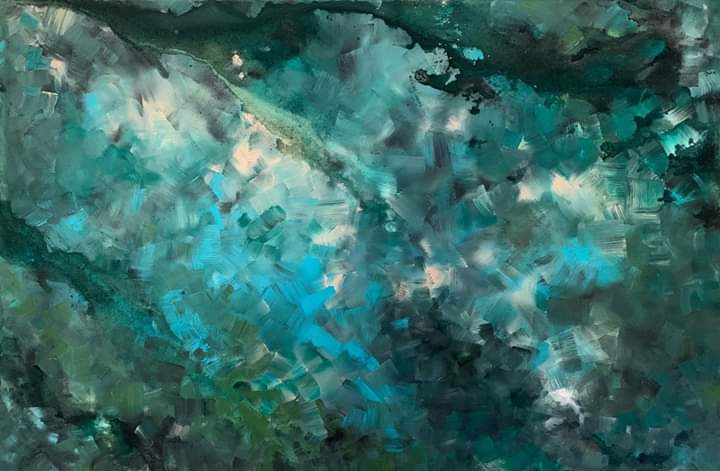 Sean Evans is a 26 year old abstract artist from Brisbane, Australia. Born in Cairns, Queensland, he moved to Brisbane when he was five. Even from a young age Sean was always drawing and making nonsense scribbles. Then as he got older he was drawn to sketching portraits, especially women from movies. He also liked drawing fantasy and anime characters. Finally in his late teens he turned to abstract art and painting. This from of art was always an escape from certain aspects in his life that he did not like. Even before studying art he always wanted to make visually appealing things.

He was drawn to abstract art in his late teens. Before his late teens Sean was skeptical of the art style; often thinking things like “It looks like nothing” or “Anyone can do this”. Then as he started reaching new levels of spiritual awareness, his mind opened to new possibilities. As he got older and discovered that his previous thoughts were not accurate, he realized that there was more of a physical, mental and emotional aspect to creating abstract art. The artist who really ignited abstract art for Sean was Jackson Pollock. Watching his process and the outcome of it triggered an urge in Sean to give it a go and he never looked back. Prior to this he was more inclined to sketch portraits, draw illustrations and character designs. He started taking abstract art seriously in 2016 when he began his studies towards a Diploma of Visual art.

Sean’s work can best be described as eclectic. Each series or body of work is different from the last. He enjoys painting all forms of abstract; however, he is working on discovering his trademark style. The evolution of his work can be seen on his art page and is a reflection of his constantly changing mind and emotions. In saying that, at this point of time in his life, he has three simple goals – to create an atmosphere/mood, to produce visually appealing works and to encourage the viewer to have their own feelings, interpretations and opinions on his artwork. The process of making the art and feeling out the direction of the painting is more important to Sean than the theory behind it. However, in the past, and likely in the future, Sean’s bodies of work have been based on a theme. His Various Storms and Distant Cities collection, which can be found on his Instagram art page, is a prime example of this. 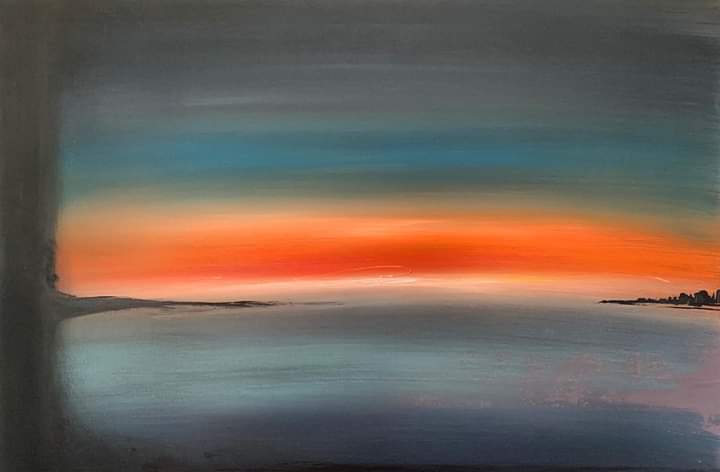 Titles to Sean set the foundation of what a painting may indicate, but he never really cared for them unless the painting speaks to him and “tells Sean what it wants to be called”. He does not want the title to limit the possibilities of what the painting could be about, “if it is about anything at all”. He believes it is important for the viewer to have their own experience and opinion, be it good or bad.

Anything and everything influences Sean’s art. From colour schemes in nature, to architecture, moods and emotions, personal trials and tribulations, relationships, flowers, interior design, minimalism and music. Some paintings are intuitive and experimental, meaning he will let the colours choose themselves and he works from there. Some are abstracted from reality such as geometric shapes from the inside or outside of a house, landscapes, flowers or cityscapes. Some are representational, others non-representational. It all depends on what inspires him at the time. However, most often feelings and overthinking drive the creative energy in Sean. As such, painting is somewhat of a cathartic process for him.

Sean’s diverse range of paintings can be viewed on his Instagram page.