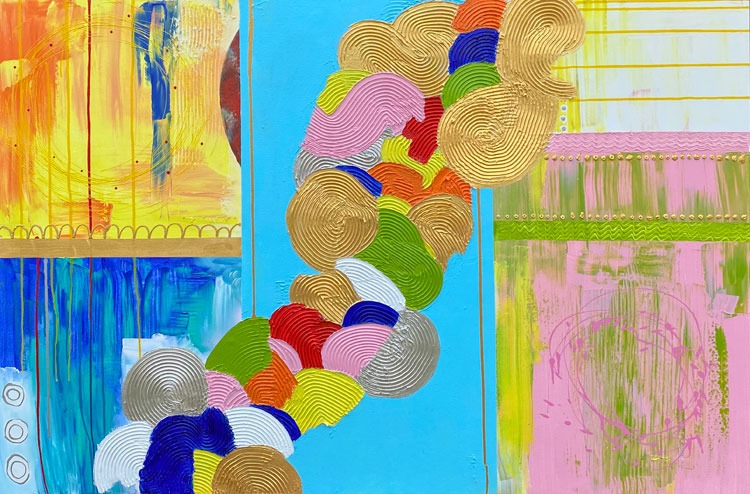 The Queen of the Both Worlds

Henna Pajulammi is an abstract painter, an attorney at law and a PhD (Doctor of Laws / LL.D) from Helsinki Finland. She was born and raised in Finland – the Land of a Thousand Lakes, Aurora Borealis and night less nights. Henna started as a scientist at The University of Lapland before becoming a corporate dispute resolution lawyer following her studies at UCLA Law School in California as a Fulbright student. Legal theory, has always fascinated her, in part because it is abstract and dimensional, something that endlessly challenges Henna’s thought process. It is these qualities of law that undoubtedly motivate Henna in her art, where she gets to share her creativity in a different manner than the one associated with her career as a lawyer.

She is from a district of the South Ostrobothnia. The people in this area have a saying, “Other people do what they can, and we do what we want”, which she believes describes her well. Her passionate nature and attitude shows in her artwork. She lives by the philosophy to “dream big, work hard and use the will of power and one can achieve anything”. Henna hopes that through her art others will be inspired to live the same philosophy and recognize that “We all are unstoppable”.

A few years ago Henna met her future husband. As a fellow lawyer, the two connected and understood each other on a deeper level. Henna describes herself as “kind of a wild one” at the time and her husband’s presence was calming to her. He convinced Henna to believe in herself and to chase her dreams, whatever they may be. She believes that was the first step towards becoming an artist.

Following their marriage, the couple had a beautiful little daughter. During this time Henna decided to take a break from her profession as a dispute resolution lawyer. The significant change, from a busy career to a stay-at-home-mom with a slower paced lifestyle, was both incredibly rewarding but also a challenge. After years of a fast paced life, Henna was forced to slow down. During this time she began to see unbelievable beauty and richness around her. These new perspectives moved something in her soul. Her strong creative side started to surface; something that she had abandoned a long time ago was calling for her.

During her maternity leave the artistic energy that Henna always knew she had, broke free. The colours just “poured” out of her. She found incredible joy when she finally had the time and the space to let her creativity flow. This for Henna was her turning point, one where she started to paint and has not stopped since. For Henna, painting is her passion. It is like music. It takes her to places and it feeds her soul. As an artist she can create her own boundaries and gets to rebel.

Her art is a play of galaxies, champagne bubbles, and gingerbread. Most of her paintings are on the happier side of the rainbow which she believes radiates from her paintings as good Sunday-like vibes. There are fireworks and rollercoasters but always some softer corners too. She likes contrasts and surprises. Feminine and masculine are present in her art, like in nature. There is always a story behind the painting. She has even painted abstract portraits of people just by the feeling or “the colour” she gets from a person. 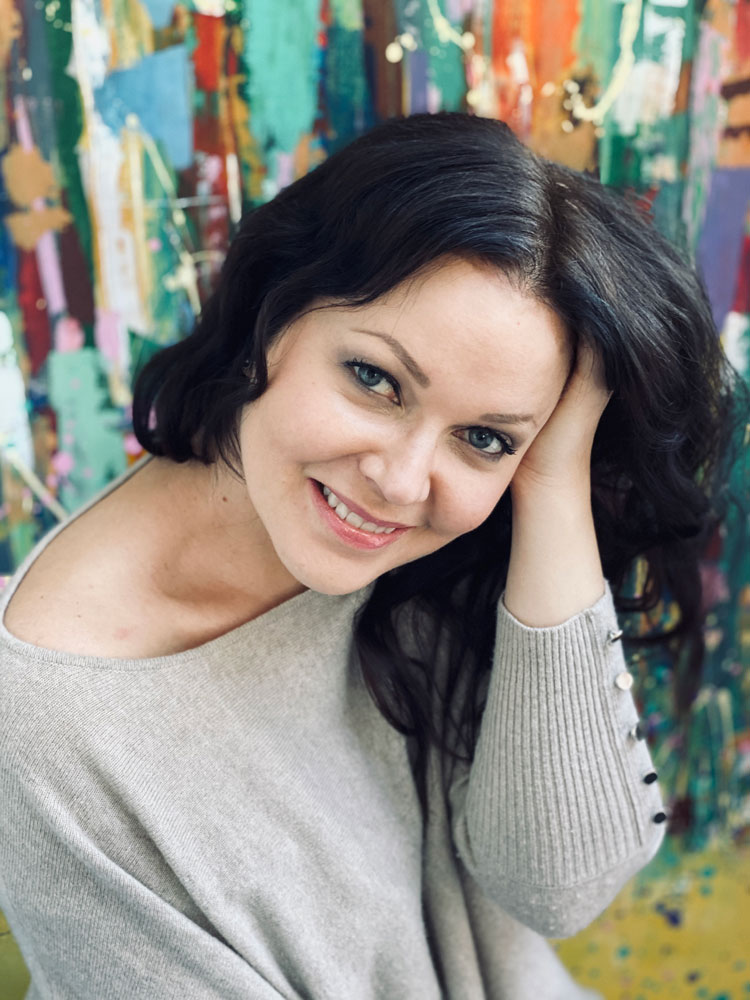 Most often Henna use bright colors in her work. She creates abstract paintings with acrylic and mixed media. That gives her freedom and enough material to allow her imagination to explode. Like Pablo Picasso stated “I begin with an idea and then it becomes something else.” That is so very true to her as well. She often starts her work with an idea of the colour palette. She uses a palette knife and pieces of cardboard to create sliding effects, which creates the energy of colours playing together and off of each other. When she paints, Henna refuses “trying to be” anything. She avoids focusing on a certain style just because some in the industry feel that is how art should be. Rather she paints whatever feels right to her and as such her paintings vary, something which is meaningful to Henna.

In general, Henna’s principal theme in her art has been “against perfection”. She is moved by the sadness she sees in others working so hard in various fields trying to feel complete, to get acceptance and to move up the corporate ladder, while in the process hiding their vulnerabilities. She hopes that a movement towards greater respect and acceptance will allow for the blossoming of more humanness. Through her art, Henna hopes to inspire this perspective and have it reflected in her creative process. If Henna sees something that she considers to be “a mistake” or “an error” in her artwork, she often just tries to accept it as it is and view it as part of the piece. Most often the detail that at first seemed like an error ends up being something great and valuable in the artwork. She takes the same approach with life. Recognizing the need to be courageous, she views the attitude as a constant fight against the thought that she needs to be perfect all the time.

With her background in academia Henna has always found it fascinating how art and science collide. Her career as a lawyer has given her a unique kaleidoscope as an artist. She brings the different shades of humanity into her artwork from an unexpected angle. Despite the contradictions between the legal and the artistic worlds, she strongly believes that these two professions are huge assets to each other, helping her further both her critical and creative thinking skills. While she often uneasily ponders the question “how can a brain that is incredibly analytical also have a talent for creativity?” she takes inspiration from one of the great artists of all time, Henri Matisse, a lawyer himself, who said “creativity takes courage.”