Wearing her heart on her sleeve: Introducing emerging UK singer-songwriter Francesca and her latest release ‘Fantasy’

Having only released one single so far, emerging Mancunian singer-songwriter Francesca is already well on the road to stardom. With her debut offering ‘Wanting Me’ – a refreshing Rhythm ‘n’ Pop record, that serves all the key components of a certified summer bop – capturing the ears and attention of many.

Since it’s January release, the track has impressively garnered close to 200,000 streams on Spotify with no major push, in addition to seeing the songstress gain support across the board with almost every DJ on Radio 1 playing the single multiple times, and landing her first commercial partnership via a Pretty Little Thing advertisement just five months into her trajectory. 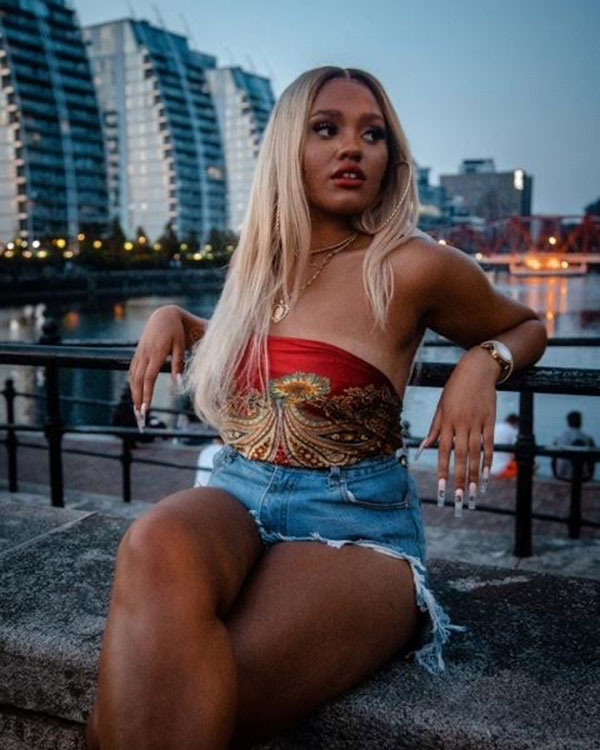 Staying true to her diverse musical identity which is built upon the rich, earthy sonics of Miss Lauryn Hill, the relevant topics are captured in H.E.R’s contemporary coo’s and KAYTRANADA’s distinctive blend of traditional hip-hop beats and hazy house grooves. It is clear that Francesca has effortlessly extracted elements from the artistry of those aforementioned to create her current sound. A sound that hears her steer away from the norm’s of the popular and “urban” music of today and in the direction of feel-good, house-infused tracks. Enriched by her ability to draw on the emotions she feels or once felt while penning her raw and relatable lyricism.

Hoping to recapture the magic of her predecessor, the singer is ready to release her second single entitled ‘Fantasy’. Wearing her heart on her sleeve, Francesca melodises over a hazy, romanticised House-tinged ambience; underpinned by an infectious instrumentation-filled backdrop. Atop, she lyrically illustrates an infatuation for a toxic lover – a common tale for many of us.

‘Fantasy’ is available now via all major platforms.