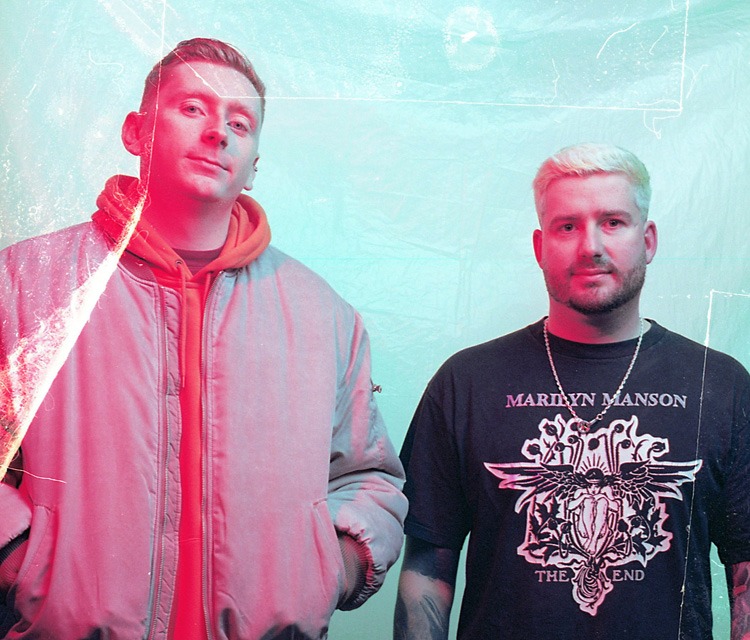 Operating out of Ealing Studios in West London, Billen Ted are a production-writing duo who have made the unlikely transition from death metal bands to the world of dance music. Working with a long list of artists from the club and pop scenes, they have previously written tracks for the likes of 220 Kid, Hugel, MNEK, Sleepwalkrs, Melanie C and many more.

What inspired you both to begin a career in music?

With both of us coming from the metal world, we’ve been desensitised somewhat so we’re not afraid to try anything and normally manage to get some interesting sounds.

Your latest release ’Satisfied’ is out now. Can you please describe the creative process and explain the meaning behind the single?

To be honest, this is us attempting to pay homage to two greats – Satisfied is our adaptation of Prince’s “I Feel For You’, later covered by Chaka Khan – its’s always risky when you’re manipulating the work of someone so iconic and revolutionary as Prince but if we can bring his music to a new audience then hopefully that’s a positive thing!

Everyone experiences good days and bad days. When you have a bad day, what motivates you to keep moving and look ahead to the future?

We’re lucky that there’s two of us – it’s not often we’re both having a shit day, and we’re trying not to be so hard on ourselves, especially this year – just to be here and make music for a living is an absolute blessing!

Who would you like to work with in the future? Are there any special collaborations on the horizon?

We always said we’d love to work with Calvin Harris and Mark Ronson. Would be amazing to work with Jacob Collier – even to just have a jam. And Marilyn Manson haha.

Accidently doing meth in Cardiff was pretty wow, and definitely couldn’t believe where we were not in a good way hahaha. In all seriousness, we’ve both been fortunate to have had some amazing moments in music, especially touring. Festivals are always a big one, playing Download / Glastonbury etc NH7 in India was pretty wild, whenever you’re thousands of miles away from home and there are tens of thousands of people there to see your band is pretty wild.

I think you just have to be honest with people, especially artists. In our case, we’re generally talking about feature artists, with us being producers and DJs. Things change so quickly in music so I think it’s good to be transparent – it’s all we can do! Sometimes people get upset but as long as you’ve been honest and done what you can there’s never permanent damage

What does the foreseeable future hold for you as producers?

We’ve got some cool stuff in the pipeline. I guess the stuff we can openly talk about is that we work a lot with our French brother Hugel, there’s some wicked records coming out over the next few months that we’ve done with him. Doing a lot of sessions with 220 Kid, I think there’s a record or two there that should see the light of day touch wood! Few other bits but we don’t want to jinx it – nothing’s ever done until it’s out!

We were busier in lockdown than before so time wasn’t really there to learn many new skills, other than how to make a mean gin and tonic!