Already garnering a serious amount of attention from his recent GRM Daily ‘One Mic’ appearance – including support from grime stalwart Giggs – Bradford-native Haze Da Martian returns to the soundsphere with a set of captivating visuals for his most recent hit ‘Hussla’.

The Yorkshire rapper and SOFU Collective member continues to build momentum and serves up an enthralling up-beat banger primed for summer dancefloor motives. Showcasing an array of percussive elements, ‘Hussla’ blends effective acoustic strings with stunning vocals and lyricism – backed by a set of smart visuals as Da Martian taps into his extensive creative prowess and provides another timely reminder of his recent ascent into the upper echelons of the UK rap scene. 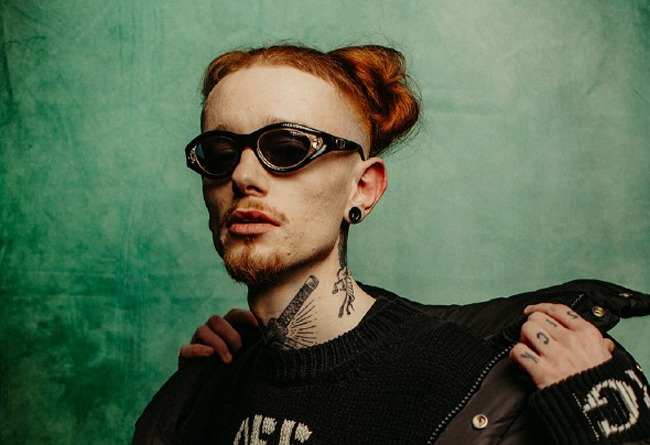 Since bursting onto the scene with his debut single ‘Playing with Fire’ Haze follows up his recent single ‘Eulogy’ and continues to establish himself as a key figure in the growing Northern rap music scene’s musical identity. His distinctive looks and style only add to the sense of a thrilling new artist already building a serious cult following outside London.

Whilst the Bradford artist’s grit in his narratives and unquestionable ease on the mic belie his uncompromising lived experiences, Haze’s influences from a young age have always been beyond his estate block window – an early appreciation of Bowie, the outsider Grunge of Nirvana, to the world conquering pop-rap of Drake gives Haze a refreshingly open musical palette and a thrilling innovation to his music – and it all points to the rise of a genuinely exciting new voice for 2021.

‘Hussla’ is available now via all major platforms.