Emerging artist Aliette Goodman talks inspirations, individuality and her powerful picture of the life and experiences of a modern teenager ‘Do The Needful’ 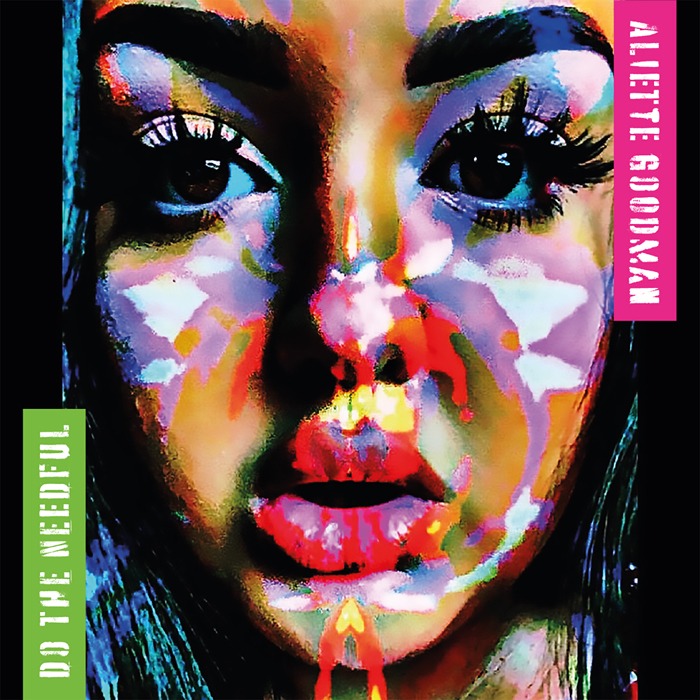 I’ve always loved music, and I found I had an innate understanding of how it works – I didn’t need to be taught that – I learnt from listening and singing. I later had formal tuition on the drums, went through the grades, and informal tuition on bass, and vocal coaching, but in reality it was all underpinned by an instinctive understanding.

I don’t self-censor, or write on subjects I think will be acceptable or commercial. I think differently to the majority of people because I am neuro-divergent. I was taken out of school at 15 because my family realised that I was being damaged by school and I wasn’t learning. I wasn’t even allowed into music. I was constantly being punished and excluded. When I tried to advocate for myself, telling the headmaster I thought I was dyslexic, he told me I wasn’t. It was only after a year of being home-schooled that I was formally assessed and found to be unequivocally dyslexic. It’s not good in some ways, but it has made me creative, different and original.

Your new album ‘Do The Needful’ is out now. Can you please describe the creative process and inspiration behind the project?

I’m very proud of the new album. It was mostly created in three weeks in the studio, with just me, Sarah Cunningham and Dave Holder. I went in with some songs ready to go, and others we wrote in the studio. That studio was my safe place in the bad days of school, and it’s like home to me. We just work together very well, and they are familiar with the way I can work hard one minute and play around the next. They are also massively talented, which is a bonus.

I’m used to bad days, and anyone who listens to my music will know that. I find that on my down days I am more creative – it’s a way of coping. They are as much a part of life as the good days, and they are the source of much of my material. Music is therapy, its life, it’s what makes us human. I’m not good at planning ahead, I’m not good at short term memory, I’m not good at organisation, I can write or read perfectly for a short period of time but for any longer it gives me headaches and nausea, but give me music and cats and dogs and I’m happy. The future is a theory, and I have to get better at making that theory a reality for me.

They are all meaningful to me, but with that being said I am not the best when it comes to analysing my work. There is a song on my first album called UNTOUCHABLE – it’s about being in prison and being deprived of the ability to touch someone you love. It’s about the importance of touch. I would say that is very meaningful to those in prison, and something which became more meaningful to people outside of prison as COVID-19 made people more isolated and even prevented them from touching those they love.

The song Fall IOD from the new album is personally meaningful to me, because I witness people I know descending into that downward spiral of depression and anxiety, as I have myself…it’s important to recognise what is happening and trying not to forget that it is only temporary and it will pass.

Don’t copy, don’t impersonate, do your thing, and you’ll either live in poverty or if you are really lucky you’ll make a living.

I have been collaborating with a fabulous pianist, Robert Hunter. This only began in the past few weeks. We have recorded a live version of Darkside (from my new album) and we did some covers too. Robert is great fun and we click – his classical training as a concert pianist means we work in different ways, but its good fun and we get a great end result. I am also back in the studio later today on some brand new drum and bass, I am preparing to get back to live gigs, and my new record label, Goodman Records, needs a plan for the future – I might need some help with that…as I said, the future is a theory to me, but I suppose that’s all a plan is – a theory.

Thank you, and I hope your readers enjoy listening to my music.

‘Do The Needful’ is available now via all major platforms.