A gently building body of work: ‘PAUL’ is the new album from burgeoning artist and producer Paul The Messenger 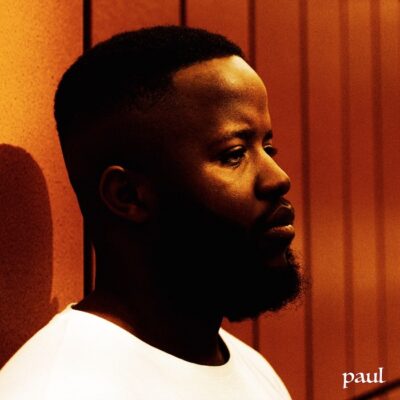 ‘PAUL’ is the brand new album from burgeoning artist and producer Paul The Messenger. Delivering a complete 180 spin, Paul The Messenger elevates his creativity and diversity with this four track R&B EP. A gently building body of work, this EP evolves into a piece of self-recognition and reassurance carefully guided by Paul The Messenger’s uplifting lyrics.

Inspired by the current musical landscape, Paul The Messenger focused on the sound and content of this EP, giving each song an independent narrative. Working with mixedbyjabbz, ‘PAUL’ has guest features from Clavis7even and reckless demeanor.

This project challenges any expectations you may already have about Paul The Messenger whilst making his talent and versatility abundantly clear. With his lyrical ability taking centre stage, ‘PAUL’ leaves us wanting more.

Taking an unconventional approach to his music career, Congo born Wolverhampton based artist Paul The Messenger is releasing a single per week for a year and has been doing so since November 2020. Although against the grain, his method is proving successful having gained support from BBC Introducing and Capital Xtra on previous releases. Having an open-mindedness to all music but taking influence from Jon Bellion, Andy Mineo, and NF with his own music, Paul creates a genre-bending sound that intricately weaves a message into each track.

Paul The Messenger is hoping to get on the road with his new EP and says he is ready to do live shows and open for tours!

‘PAUL’ is available now via all major platforms.

Connect with Paul The Messenger