North London based, MC and songwriter LEVi talks musical influences, motivation and the concept/inspiration behind his latest release ‘Strongback’

Born and raised in North London, LEVi is a leading light in the Islington music scene. A driving force behind contemporary UK Dancehall influenced rap and hip-hop, who cannot stop writing music if he tried. 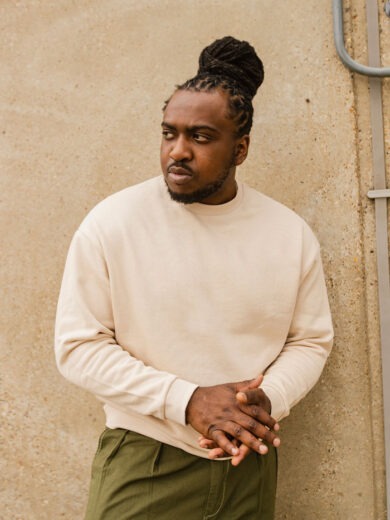 LEVi stepped into the music scene in 2017 with the release of the UK Dancehall anthem “Gwan Suh”. Since then he has been an established face within UK Jamaican influenced music, with regular support and playlisting from Toddla T (BBC Radio 1 & 1Xtra), David Rodigan (BBC 1Xtra), Ras Kwame (Capital Xtra), Becca Dudley (Beats 1), Seani B, and Reprezent Radio A-List Playlist.

His output has been diverse, spanning melodic Dancehall to UK Drill to lyrical Hip-Hop, always representing London-centric Black culture in his every move.

Music has always inspired me from a youth, whether it’s watching MTV Base and Channel U or my parents having the radio on full blast on a Sunday morning for the gospel and reggae vibes. It’s always been around me. I love music like I love football, and football was my first word (COYG).

Some artists speak on today’s issues and that’s their entire brand, others make music that’s easy to consume for radio etc. but both types of artists rarely cross over. I’m able to do both at an elite level. All praise to the most high.

Your latest release ‘Strongback’ is out now. Can you please describe the creative process and inspiration behind the track?

Strongback is all about the vibes. It’s about being carefree. When I was in the studio I told my producer Yvng Face I wanna make a banger to play in the whip on the way to the club. With this pandemic it’s important we keep the vibes positive especially with everyone being on lockdown.

If it’s easy to achieve it’s usually not worth it or fulfilling. So hard times will come when striving to reach your goals, but that’s what I try to keep at the front of my head. In a weird way a bad day is a sign I’m on the right path or something needs to change in order to reach that goal.

Off the top of my head I’ll say all my released freestyles (check my insta @levitheartist). That’s where I get my bars off, say what’s in my heart and let off some steam.

Don’t take shortcuts, enjoy yourself at all times, don’t take yourself or the opinions of others seriously and do the work.

All praise to the most high.

‘Strongback’ is available now via all major platforms.

Credits: All photography by @AlexJPiper