Ana Rita Canhão is a contemporary Portuguese sculptor who describes her installations as a “multi-layered and complex artistic reality where art serves as bridge between the individual and society.” 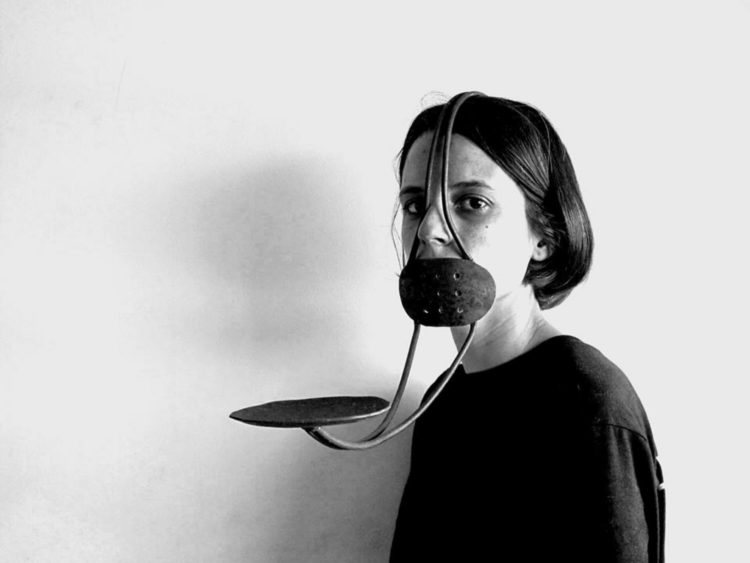 Drawing from the many social and political events going on in the world around her, each of Ana’s works serve as a “conceptual analysis of society and its existing constraints in order to deconstruct it”. Much like a dystopian novel, installation tells a cautionary tale of the many ways in which society and governments can break down individuality in order to gain control over its members.

Ana’s work is not meant to be aesthetically pleasing and may actually stir up feelings of discomfort. Ana states, “By confronting the audience with its discomfort, or resistance regarding these constraints, I aim to instill a deeper reflection in the audience.” Perhaps the most ‘uncomfortable’ of all of Ana Rita’s work is her installation “Comfort Station”. 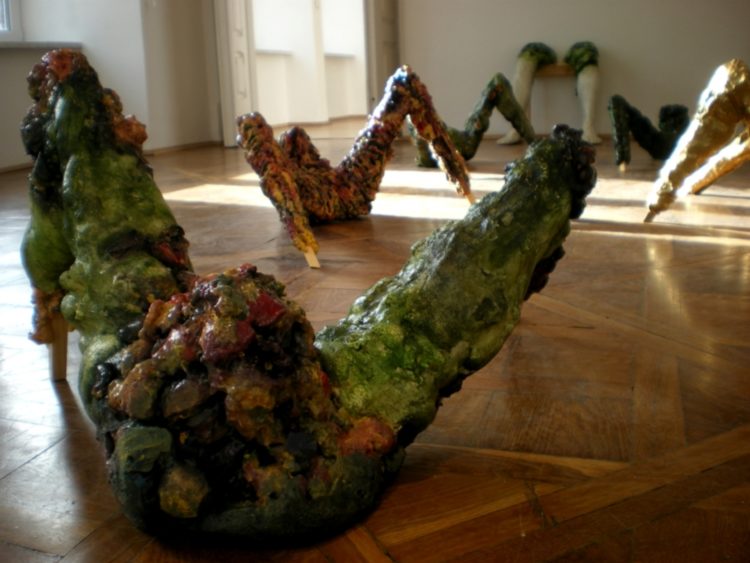 Ana Rita’s “Comfort Station” tells the story of the “comfort women” of World War II who were abducted from their homes in countries under Imperial Japanese rule and forced to become sexual slaves for the Japanese army.

This powerful installation not only serves as a memorial of the thousands of women who were forced into slavery but also a reminder of how countless women have been placed in subjugation and have buy clonazepam suffered throughout history. Ana Rita acknowledges that where she resides in Portugal, it can be difficult to imagine such atrocities happening around her, however she also wants us to recall how only a few decades ago similar events were taking place in Europe itself, for example: in Bosnia. 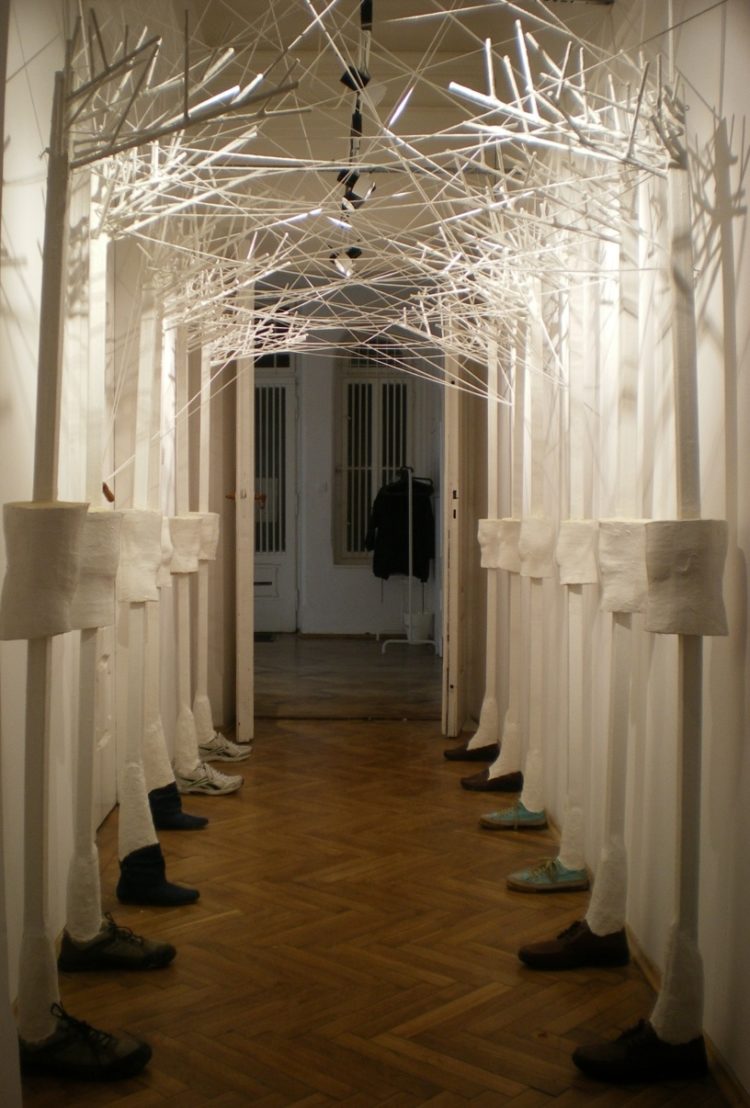 “The installation Do Things Still Grow Beneath The Shadow Of Big Trees? depicts an institution which “shrouds and suffocates the individuals and undermines each person’s will and inclinations”. At first glance, this institution may seem appealing and offer comfort or safety in order to recruit its members. In reality, this institution could care less about the well-being of others. 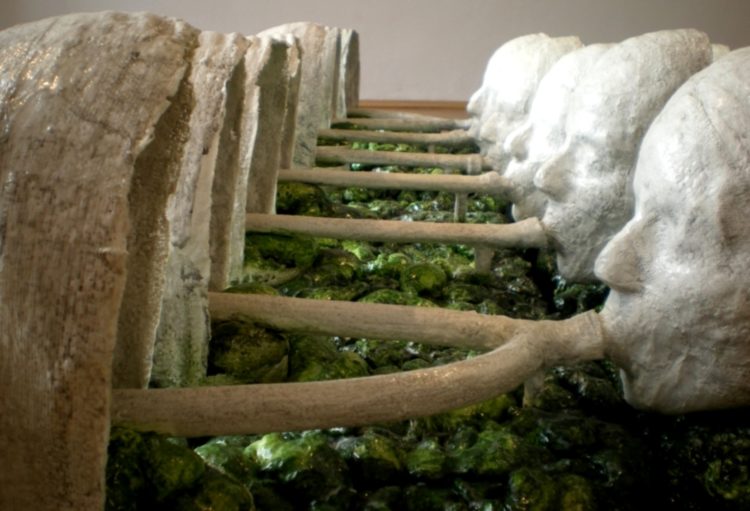 The Hollow Men speaks of a society where its individuals have lost all freedom and individuality; a society where the institutions reign supreme. These individuals have been long stripped of their identity, are lined up like cattle at a feeding station, being tube fed by wishbone-shaped tubes. Perhaps the wishbone shapes signify a wishing or longing for more, further enslaving these men. This piece signifies a system of enslavement to meet one’s basic needs. A system of government that only benefits a select few, and the wealth trickles down leaving the working poor, even the middle class with the scraps to feed on.