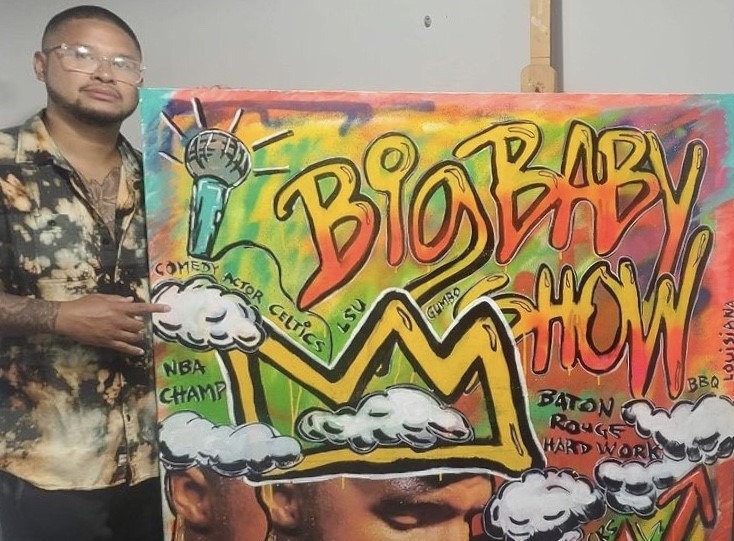 Joshua Gutierrez is an Urban Street and Abstract Artist from New Jersey. He is married and the proud father of two children. From a young age, Josh has enjoyed the arts. From creating comic book characters to designing his own video games on paper, Josh has been drawing since he was in grade one. Part of his love of the arts came as a direct influence from his parents. Josh fondly remembers his mother packing his lunch and writing in different letters his name on his lunch bag. For Josh this little gesture was huge, it gave him great pride taking brown paper bagged lunches to school with his name on it in bubble letters. His father played an equally important role in the development of Josh’s love of the arts. His dad appreciated both architecture and fine art, something that was instilled in Josh.

While at the time, neither of his parents would realize the impact they were having, their influence greatly affected Josh and the importance art played and continues to play in his life. Following high school, Josh attend Georgian Court University to study Fine Art. His major focus in university was landscape work, a style very different from what he creates today. The majority of his works during this time were oil paintings. After graduating, he put art on the back burner. While he would create small murals here and there, as well as paint for family and friends, art was not the primary focus in his life.

Like many artists who have not created in a while, the pandemic and the quarantine led Josh to get back to his creative roots. The early days of quarantine put Josh into a dark place, a struggle that many have experienced over the last year and a half. During this challenging time, Josh found hope and positivity through art and it spurred for him a whole new wave of creativity, unlike anything he had produced before. He fell in in love with abstract art and his work has begun to receive notoriety. 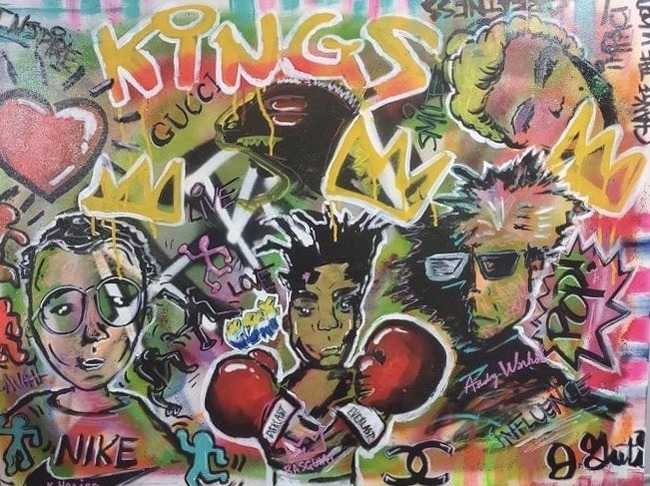 While the love of art never left Josh or his life, the uncertain times helped him reconnect with his passion. Influenced by the greats such as Keith Haring, Jean Michel Basquiat, Andy Warhol, Kaws and Salvador Dali, Josh took a very different approach to creating during this time. Working with spray paint and acrylics, Josh creates mixed media works that can best be described as Street Art or Urban Abstract Art. With a layered feel, bright colours, pop culture images and the use of words and phrases, Josh’s work is a sight for the senses.

Every piece Josh creates is unique. His goal is to make art that is personal and specific to the client. Incorporating various elements of colour, texture and imagery, Josh produces bold works that are a feast for the senses. Believing that nothing is impossible, Josh feels it is very important for each painting to be perfect for each individual client. His unique pieces can be seen on his Instagram page.